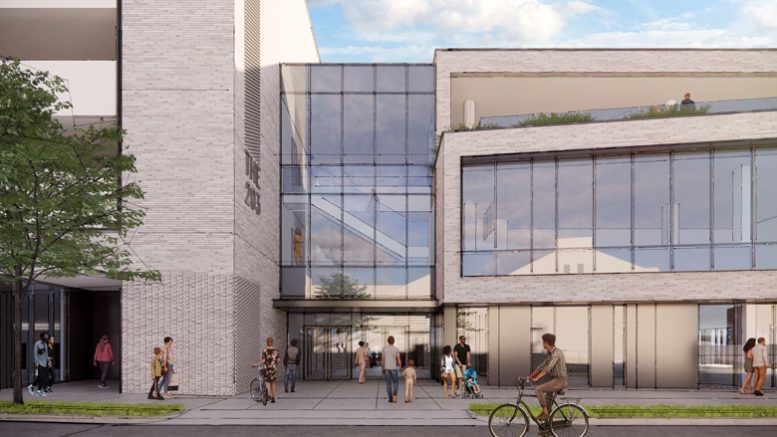 Is the Carrboro Town Council fiddling while the town burns from global warming?

This month, council members approved by a 6-1 vote the schematic design of a nearly $26 million library, civic and performance space and parking deck to be built on the town parking lot at 203 South Greensboro Street between Roberson and Carr streets. Council member Sammy Slade was the one member who voted against the design because, he said, the 173-space parking deck conflicts with a prior report on parking demand and with the town’s climate justice goals.

“The clock is ticking,” Slade said. “For a 60-percent chance to keep temperatures below a 1.5-degree C global rise in temperature, we have less than 10 years left.”

Carrboro set a goal in 2014 to reduce greenhouse gas emissions by 80 percent below 2010 levels by 2030. Town staff calculated a price tag for that climate intervention goal, Slade said, and assuming an 80-percent federal match, the climate crisis remediations would cost the town $2 million annually. The 203 Project would add $600,000 annually through 2024 to the town’s financial obligations.

The town’s 2017 parking report concluded that Carrboro “does not need to construct or lease additional public parking spaces in the next 5 to 10 years.” Adding a net new 73 spaces (40 for town and county employees) would encourage employees and other building users to drive, Slade said.

He would have preferred the town work with a consultant to craft a public/private partnership to allow drivers to make use of surplus private spaces. Slade also said he would like people working in the building to park outside the downtown core and walk or take a short, free bus ride to the 203 Project.

Although he said he would have preferred another outcome with the parking deck, council member Damon Seils voted to move the project forward. He said he didn’t see the deck as a reason to delay the project further.

“I’m excited about the role the library and the building’s other uses will play in supporting literacy, education and cultural opportunities, especially for lower-income people and youth in the community,” Seils said. “As a destination, it will give more people reason to visit and linger downtown, which will be good for nearby businesses.”

The 50,600-square-foot building, designed by Perkins+Will, will have 8,900 square feet of open space and a 1,200-square-foot outdoor terrace on its second of three levels. Its green roof will accommodate photovoltaic panels. Among its sustainable strategies is glass in the large north windows that tints automatically as sunlight increases and electric vehicle charging stations.

The ground floor of the building to the west of the lobby will be dedicated to the Orange County Library. The second floor will have space for the youth employment center and the town’s Parks & Recreation teen room. There will be multipurpose rooms with counters, sinks and floor drains that can be used as maker space. The third floor will house county and town offices and programming space.

A performance venue will be east of the lobby, along with WCOM Radio studios, a social justice center and orientation space for Orange County Skills Development. The parking deck will adjoin the complex on the Maple Avenue side.