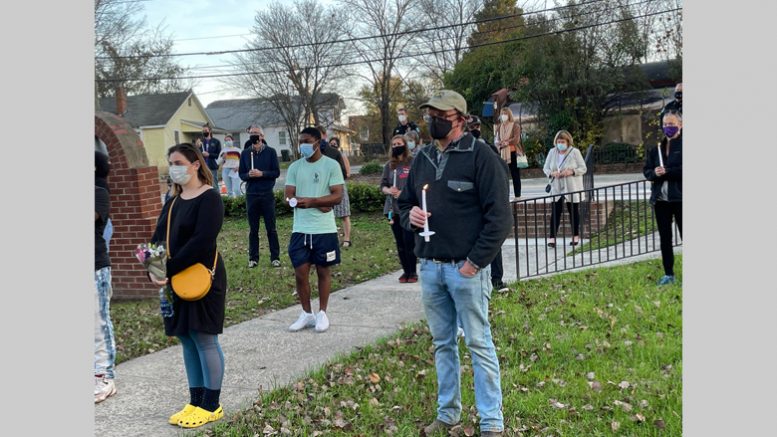 They came to remember the man and to recall the appalling circumstances of his death. And they came to ask that justice finally be done.

Dozens gathered Saturday in honor of James Cates, a Black resident of the Northside neighborhood, who was murdered exactly 50 years earlier. Cates, then 22, was stabbed to death outside an all-night dance marathon on UNC’s campus by a member of a white supremacist motorcycle gang called the “Storm Troopers.”

According to eyewitnesses at the scene, Cates lay on the ground bleeding for 20 minutes before being taken to the hospital just down the road. His murderer has never been found. But in recent days, both the town and the university have pledged to examine the circumstances of the murder and their respective roles in it.

That’s why the event Saturday was important, said Malinda Maynor Lowery, a professor of history and the director of the Center for the Study of the American South at UNC.

“It marked a different kind of commemoration — we were marking a beginning, not an end,” Lowery said. “It was the beginning of a fact-finding and truth-telling process to address institutional accountability. This has never been done in a way that puts research and collaboration at the center, without a predetermined outcome.”

The commemorate epitomized, she added, “our process, [which] centers the Black community in Chapel Hill, and the spirit and persistence of extended family around James Cates. They are generationally the most affected by the overlapping systems that produce inequality and which produced some of the factors leading to Mr. Cates’s death. Mary Lee, James Cates’ sister, with her daughter and granddaughter, at the memorial service.

“Building a shared future as a campus and a town requires us to be creative, value independent and open inquiry, and be honest. We need to know how to never repeat that history.

At 4 p.m., the campus bells rang out 22 times, for each year of Cates’ life. Soon after, Cates’ relatives, elected officials and community members walked from Hargraves Community Center to St. Joseph CME Church and then on to Peace and Justice Plaza on Franklin Street. At Peace and Justice Plaza, the events of 50 years ago are recalled.

At the plaza, organizers passed out candles and listened to a few words from Terrance Foushee, a cousin of Cates’, and Nate Davis, a local civil rights pioneer.

Then the bells rang again, this time from University United Methodist Church.

Provide Equitable Access to Our Forests and Natural Areas

Be the first to comment on "50 Years Later, a Remembrance and a Beginning"