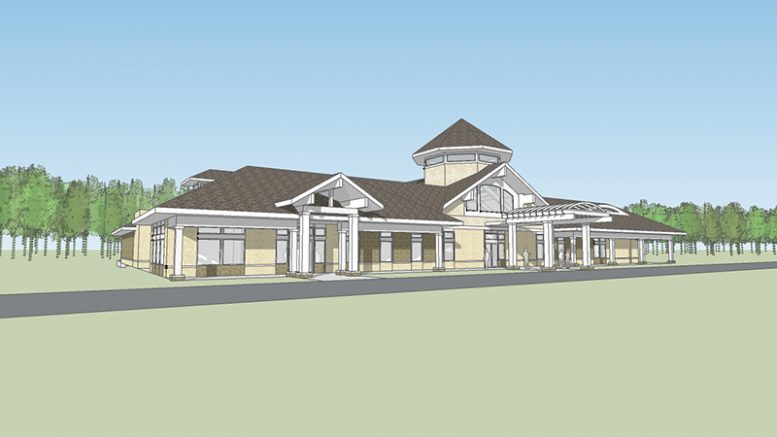 The new American Legion Club, 3700 NC 54 West, Chapel Hill, is scheduled for a grand opening in April 2020. Beautifully situated on about 123 acres of farmland, the facility is surrounded by lush greenery, a pond, gazebo, outdoor deck, and will feature space for meetings, wedding ceremonies, and community events. Indoor and outdoor athletic and recreational facilities, including a weight room, pond, picnic pavilion, ping pong, and pool table.

Currently the post is winding down its lease on its current home on Legion Road in Chapel Hill. In 2015, the Town of Chapel Hill purchased the American Legion Club. The money from selling the post is paying for the new retreat center on the West 54 Corridor. “The American Legion is the nation’s largest wartime veterans service organization, committed to mentoring youth and sponsorship of wholesome programs in our communities with continued devotion to our fellow service members and veterans,” said Lee Heavlin, member. “The organization belongs to the people it serves.”

Bruce Runberg, American Legion member is excited about the new facility.  “Our new facility encompasses a colonial style clubhouse, surrounded by natural beauty and landscapes.” Runberg said the architectural firm is Chapel Hill-based Gurlitz Architectural Group, PA. Since 1988, the firm has provided planning and design for a wide range of governmental, private, corporate, and institutional clients. The NC 54 Corridor is an approximately 20+ mile stretch of NC 54 between Old Fayetteville Road in Carrboro and I-85 in Graham. This regionally significant roadway helps 6,000 to 15,000 vehicles per day reach work, schools, and stores.

In addition to the new American Legion Club, several new wedding venues and event facilities have opened on the NC 54 roadway in recent years, including:

The Barn at Vallhala, (across the road from the American Legion), is located on thirty five acres of pastures, fields, water, and woodlands, and includes three different event spaces, tall ceilings, exposed beams, full kitchen, a wraparound deck, and a sleeping loft above the Barn which sleeps seventeen.

Also located off NC 54 in Whitecross, is The Barn of Chapel Hill at Wild Flora Farm, a twenty-two acre family flower farm and floral design studio specializing in garden-inspired weddings and special events. Rigmor House at 5501 NC Highway 54 West is a venue for training sessions, short-term retreats, parties and weddings — accommodating up to 225 people inside.

Rock Quarry Farm, 1700 NC Highway 54 WEST, is the site of an 1890’s homestead with the beauty of a Carolina farm house, outbuildings, barn, and cabin. As businesses grow along this popular stretch, local Planning Organizations completed a study to clarify the long‐term vision for the corridor through the year 2045, including the NC 54 roadway itself and the surrounding communities. The study was mostly funded by the local Metropolitan Planning Organization and was in response to a 2015 proposal to enlarge the corridor to a four-lane, median-divided road. The study showed that according to demographics and traffic growth patterns, there may be a need to widen the road in the future. Be the first to comment on "The NC 54 Corridor"