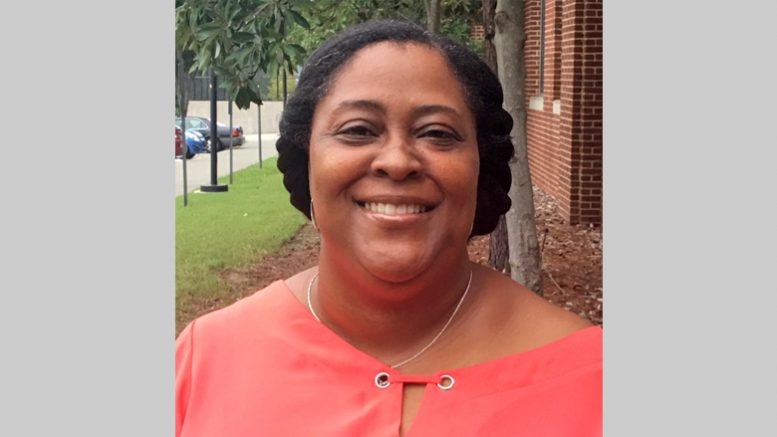 Danita Mason-Hogans is a native of Chapel Hill, which has been home to seven generations on both sides of her family. A historian and education activist, she is a program manager in oral history at Duke University’s Center for Documentary Studies and serves on UNC-Chapel Hill’s Commission on History, Race, and a Way Forward.

She intends to formally propose her “Call to Action” at the commission’s next full meeting.

Last week, two more commissions were created to ponder racism. While I am truly grateful to serve alongside amazing commission members and leaders, yet another committee, commission or task force is not needed to corroborate UNC’s racism and white supremacy.

UNC has been forming these commissions for at least 50 years. It is time for UNC to act.

One critical way it should is by committing to fully fund a pre-k to 12th grade educational enrichment program for the descendants of the enslaved people who built the university and then fully fund their college education upon completion of the program.

I came to this conclusion by working with the community. The commission’s charge was too important for me to bear alone on behalf of the generations of Black people UNC has harmed, so I assembled a cross section of people with deep connections to UNC to advise me: local descendants of enslaved people, students from the first integrated class to the present, employees, educators, and informed writers and scholars.

I thought that together, we might be able to gather from authorities information that might help me to carry back to the committee to contextualize our work.

Seeing many similarities between 2020 and 1970, I decided to read a few Daily Tar Heel articles from 1970. One article talked about the creation of a task force to examine the crisis of not meeting the needs of Black students.

All of a sudden, memories of my lifelong connection to the university came back to me. I remembered those hard-fought battles for Black employees on campus by my godfather, Hayden B. Renwick and my mother, one of UNC’s first Black admissions officers.

I witnessed the early days of the Opeyo dancers and the Ebony readers and all of the other ways in which Black students found outlets to voice frustrations with the university. I remember organizing and forming alliances with students at UNC while I was attending NC A&T and standing in solidarity and strategizing on how to establish a freestanding Black Culture Center.

I remember moving back to Chapel Hill to start successful after-school programs having little funding but a solid partner in Bonita Joyce and an army of UNC student volunteers committed to making a difference.

As I was reflecting, it occurred to me — I don’t need a bunch of research to conclude that UNC has a deep history of undervaluing Black lives. Black generational Chapel Hillians are authorities on UNC’s history with race because we have lived it.

As descendants of Chapel Hill’s enslaved for seven generations, families like mine carry the names but not the privilege of the powerful families we served, both as chattel and free, while watching from the sidelines as they made their names and fortunes and built their futures.

For more than two centuries, UNC’s education, connections and relationships have been opportunity pathways for countless global leaders and scholars. Meanwhile, local Black children have been subject to a persistent racial achievement gap — the second largest gap in the country according to a 2017 study out of Stanford University. Assuredly, COVID-19 school closures are making the disparity even larger as we speak.

Now is not the first time I have advanced this proposal. In September 2019, the Chapel Hill-Carrboro Chamber of Commerce invited submissions for “Big Bold Ideas,” looking for a project to fund for town improvement. I submitted this exact same idea for an after-school enrichment program for descendants of enslaved people.

An assembly of 175 delegates took several rounds of voting to narrow more than 500 ideas, then overwhelmingly picked my idea as the winner. The people were ready and willing. But the power structure was not.

By the time the winning ideas were announced, the wording for mine was reframed as aimed at increasing all student performance in order to close the achievement gap. Not my words, and business as usual. Whitewashed. Again.

How could I not assert the need for this proposal? I come from resistance struggle too. I am the daughter of one of the nine local high school students who started the sit-in movement in Chapel Hill. Their actions were subverted, diminished and later re-written by the university. UNC students were discouraged from participating in the civil rights movement and scholarships were lost for doing so.

As the goddaughter of Hayden B. Renwick, I understand what happens when university power is challenged. My ancestors toiled on Friday Center lands, and for years our families’ graves had cars parked atop them by fans and tailgaters for UNC games. What would I say to my ancestors who lie in untended graves on Finley golf course and whose descendants are still being undereducated and not valued, at the expense of this wealthy university?

This charge is specific to UNC and offers a path of correction, as well as a way it can finally utilize the under-tapped talent and potential in the surrounding community. Imagine the university benefitting from Pauli Murray’s brilliance had she been able to attend UNC. Think of all of the creativity and innovation that is being left underdeveloped in the local area. This is a mutually beneficial prospect.

My charge is specific to UNC because my family and families like mine — with their literal blood, sweat and tears — have contributed to the $6.6 billion endowment that UNC enjoys today.

Capital projects are currently frozen due to COVID-19. However, I am convinced that since UNC was recently forced to take back the $2.5 million donation it made to the Sons of the Confederate Veterans who have brought terror and destruction to the university, then surely it can commit to fund an overdue education program for the sons and daughters of the enslaved who built and suffered at this university.

UNC’s commitment would not begin to pay for the nightmare that our enslaved ancestors lived through nor make up for the countless workers and students who have endured their own horrific traumas at UNC. It would, however, represent the university’s commitment that it is finally ready to truly invest in a new era of developing a path forward.

8 Comments on "A Call to Action: Time for UNC to Act"