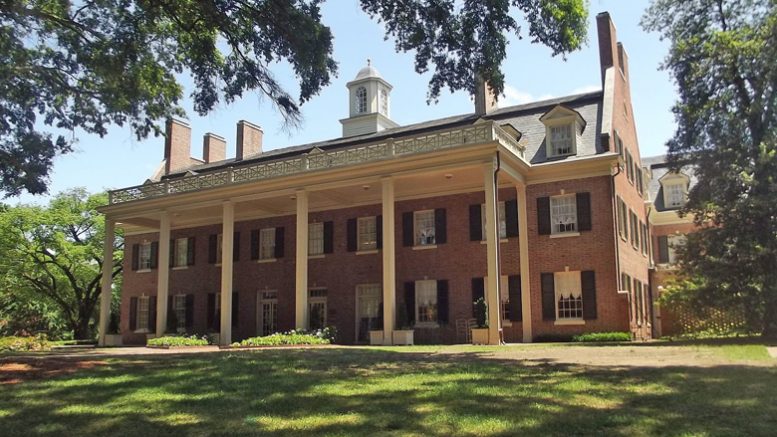 Hoteliers around the world have not had a good night’s sleep in months due to the drastic reduction in business caused by the COVID-19 pandemic. With stay-at-home orders, travel and tourism ground to a halt. Hotels laid off or furloughed all but a skeleton staff, and some hotel brands shuttered venues altogether.

Chapel Hill is no exception.

Hotel occupancy rates in Orange County plummeted in March, reached a new low in April and remained particularly dismal in May, compared to years’ past when UNC commencement guests booked every room in town. And those gloomy numbers directly affect Chapel Hill’s town budget.

With graduation held virtually this year — for every college and university in the Triangle — the few guests who checked into Chapel Hill hotels in May were parents helping to pack up the belongings of students who had not yet moved out after classes switched to online in March.

The Carolina Inn was one of many hotels that shut down food and beverage service, too, once Gov. Roy Cooper ordered dining rooms to close, said general manager Mark Sherburne. (The Siena Hotel was the lone exception. Its restaurant, Il Palio, served takeout.)

“Commencement, coupled with Mother’s Day, would be one of our biggest weekends of the year,” Sherburne said. Typically, the inn serves about 1,200 people during its commencement/Mother’s Day brunch. All that business was lost this year, along with wedding receptions and other special events that were canceled.

The economic impact of COVID-19 initially showed up in the first quarter of 2020 when hotel revenue in Orange County fell by more than $2.8 million; more than $2.7 million of the shortfall came in March.

April was the first full month to feel the pandemic’s impact. Room revenue fell 90 percent compared to April a year ago. In May 2019, 37,609 room nights were sold; in May this year, occupancy had dropped to only 8,738 room nights.

Lack of demand pushed down prices.

In May 2019, the average daily room rate was nearly $150; now you can book a local room for about $87 a night on average, the first time in decades that guests can get a hotel room in Chapel Hill for less than $100 a night.

Hotel guests pay an occupancy tax of 6 percent, which Orange County and Chapel Hill split evenly. Chapel Hill passes 25 percent of its take-along to the visitors bureau, and the remaining 75 percent goes toward the town’s budget.

The visitors bureau expects hotel revenue in Chapel Hill alone to drop by $33,391,299 this calendar year. Calculating 3 percent of that as Chapel Hill’s portion of the occupancy tax, that means a budget loss of more than $1 million. And that doesn’t take into account the revenue decline of Orange County hotels outside Chapel Hill, nor a projected average monthly hotel revenue decline of 15 percent for the first six months of the 2021 calendar year.

And the visitors bureau projects revenue will not be back to pre-COVID days even by the end of 2021.

Meanwhile, every hotel in the area has cut staff significantly. Some industry experts wonder whether hourly workers, such as food service employees and housekeepers, will switch to industries less vulnerable to a second wave of infections and layoffs.

To build loyalty among staff, some hotels, including The Carolina Inn, are furloughing staff, rather than laying them off, so they can keep their health benefits but still collect unemployment.

Still, there remains interest in local hotels. Two hotels that were recently sold — the Sheraton on Europa Drive and The Franklin Hotel, purchased by The Graduate brand — closed temporarily and are using the time to renovate.

And before the pandemic hit, two developers began talking with town staff about building new hotels downtown. Ohio-based Smart Hotels has proposed 140 rooms encircling the old Town Hall on the corner of West Rosemary and Columbia streets. And Wisconsin developer Raymond Management Co. revealed plans for an eight-story hotel of up to 180 rooms on West Franklin and South Graham streets, where The Chapel Hill News operated for decades before TOPO Distillery bought the property.

Sherburne, of The Carolina Inn, takes the long view.

“It’s slow now, but it won’t always be that way,” he said. “The inn is 95 years old. It’s built on traditions. Currently, some of those aren’t taking place, but we’re looking forward to continuing those traditions into the future.”

Public Education is the Bedrock of our Democratic Society