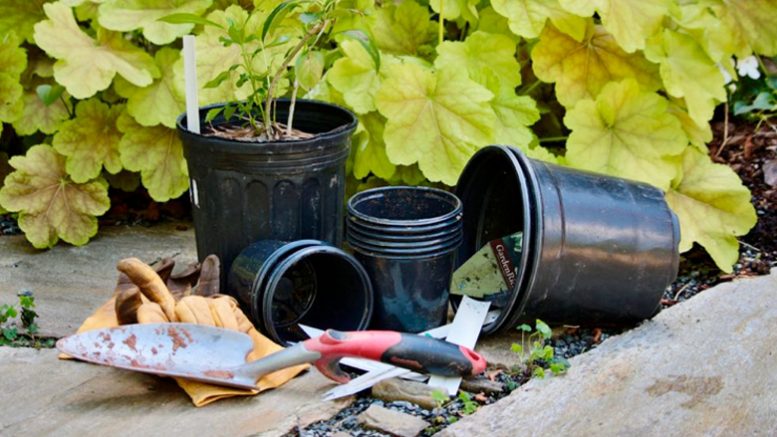 As I write this column, I’m on day 27 of confinement. Because I’m a member of the Silent Generation, I’m taking this lockdown very seriously. My excursions outside my house are few and far between. Yesterday I ventured out to my local ATM machine, armed with latex gloves and hand sanitizer but with no mask simply because I have none yet. I tell myself that’s okay because after all, an ATM machine isn’t a person.

Throughout this ordeal, my concentration has deserted me. My reading consists of silliness while I tell Lise that I’m not sure I can find anything to write about. I’m not gripped with terror — rather it’s more a resignation that the old normal probably will never return until a 2021 vaccine is available.

I hear the garden centers are throbbing with people but I have no desire to be among a throbbing throng. Fortunately, I placed several orders with favorite nurseries in January when all I had to worry about was a potential ice storm that never materialized.

And it is these orders that are saving me, and leaving me to scratch my head in wonderment.

Why did I order three Monarda Leading Lady Plum that will clump instead of running (good) but will eventually cover a 28-inch patch (bad)? I don’t have three vacant 28-inch patches crying out to be covered. Why did only one Allium Pink Planet, a fine edging plant that would look better in a group of three, arrive? Didn’t I notice that Amarine Belladiva was hardy only in zone 8?

This is a yearly ritual with lust overtaking me in January while prudence beckons me in April.

However, this spring is unlike any other, not just because of the existence of COVID-19. Mother Nature is also behaving differently. Everything is appearing a good four weeks ahead of schedule. The Begonia grandis, the delightful hardy begonias, began appearing in late March rather than early May. Suddenly showing great interest, the penstemon, a plant that simply sat and stared at me during the last growing season, is in active growth.

Covered with buds, the roses are about to explode. The hardy orchids, Bletilla striata, have multiplied into respectable clumps. And even the dahlias are poking their heads out of the soil instead of waiting until the middle of May.

At first my reaction was to wring my hands, bemoaning the advent of global warming. “Everything is too early,” I gloomily told my friends.

And then I start to look around. Maybe the garden is speaking to us, telling us that there is life. Yes, the summer will be hot. Yes, the virus undoubtedly will be with us for far too long.

But the polygonatums, aka Solomon Seals, have filled in the perennial border handsomely. The Amarcrinums that give me such joy in late August have increased in width. The Itoh peonies survived their first winter in the soil. The two Lady Banks roses have finally covered their large trellis. The viburnums that lost their leaves early from a dry summer and fall last year have recovered and are in full bloom.

The Baptisia leucophaea Butterball won’t do anything this year since baptisias concentrate that first year on developing a hardy taproot but there will be always next year. The clematises, many now in their third year, are thriving and bushy, rather than just putting out spindly new growth as they did during their first two growing seasons.

I am busy saying hello again to old friends while greeting newer additions to the garden. I shall find some spaces to accommodate those monardas while perhaps, with a little mulch, the Amarine Belladivas will like their new home well enough to survive the winter.

And, lest I forget, there is always next year.

Aging in Place in the Garden

Gardening for Memory, Color and Ease