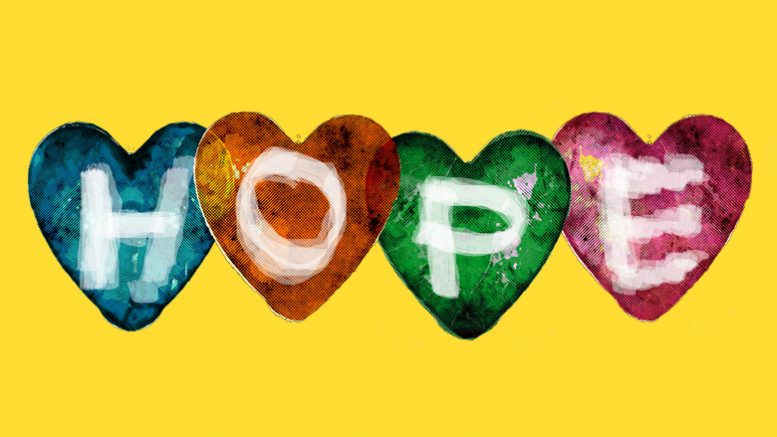 It’s a new year, there’s a new president and new vaccines are becoming available. What are some community members now hoping for?

More progress on social justice issues, economic recovery and a sense of normalcy.

For seniors at UNC, the coronavirus pandemic has been especially tough and their Carolina experience as they knew it ended with spring break 2020. Devontae Smith — a senior from Sampson County — is finishing classes from home while working as a cashier at Walmart.

“Within the past year,” Smith said, “our economy slowed down because of COVID. I want to see the economy going basically better than before, better social reforms with racial or just any other social aspect that is not being treated as it should.”

He said he has witnessed individuals not taking the pandemic as seriously as they should have. Charles “Chuck” Mills said he has seen the same kind of selfish decision-making.

Mills was the kitchen manager at Elmo’s Diner before the restaurant closed in September after a 29-year run in Carrboro. He is now a supermarket associate at the Harris Teeter in Carr Mill Mall, the same plaza where Elmo’s once stood. Mills said he regained hope for the future and a return to normalcy once he heard news of the COVID vaccine in November.

“The fact that the human spirit is so selfish has really disappointed me,” Mills said, “which is why for a long while I had not been hopeful until this vaccine has come along because if we leave it up to our own devices, we will never defeat this thing — which is just really disheartening.”

Susan Romaine, a member of the Carrboro Town Council, is hoping for a return to simple, daily routines.

Romaine has been an avid coffee drinker since her college days, drinking two almost every day.

“I find added joy in the setting of a bustling neighborhood coffee shop,” Romaine said, “with the clinking of mugs, the hiss of the espresso machine, and the buzz of other conversations in the background.

“It’s such a nice moment of community to start the day. But during the pandemic, this simple pleasure has been put on hold for me, along with so many fellow coffee drinkers. When we get to the other side of the pandemic, I look forward to being a regular again at our local coffee shops for face-to-face conversations virtually every day.”

Stephanie Brown, the director of UNC’s Park Library, has worked at the university for almost 12 years. Brown hopes for the day when the library is full again and she can freely interact with students.

“I missed the energy of the students,” Brown said. “I can have appointments on Zoom and I can teach classes on Zoom. But it’s the incidental, ‘Hey how are you? Did that lens work out? How did your shoot go?’ That kind of stuff, I can’t do.”

Mac Welliver, the owner of Welliver Window Washing in Carrboro, is looking forward to a return to a fact-based world.

“I hope for an uptick in worldwide tolerance, clarity and respect for facts,” Welliver said. “The human race has always needed it — it’s [absence has] just been quite glaring for the last bit.”

A number of local residents cited the change in the presidency as a reason for renewed hope.

Patsy Montesinos, a senior at UNC, said, “I also hope our political climate can go down and we can come together as a country.”

Becca Zerkin co-founded Neighbors on Call, a local advocacy group for progressive policy in North Carolina, after the 2016 election. In the next four years, she hopes for improvement on multiple fronts, including fair district lines, voter protections, racial justice and guaranteed access to good health care, clean water and a livable wage.

Zerkin said she is ready for the future and willing to fight for it.

“Someday soon,” she said,” we must be able to say we have created a better place where everyone can thrive.”