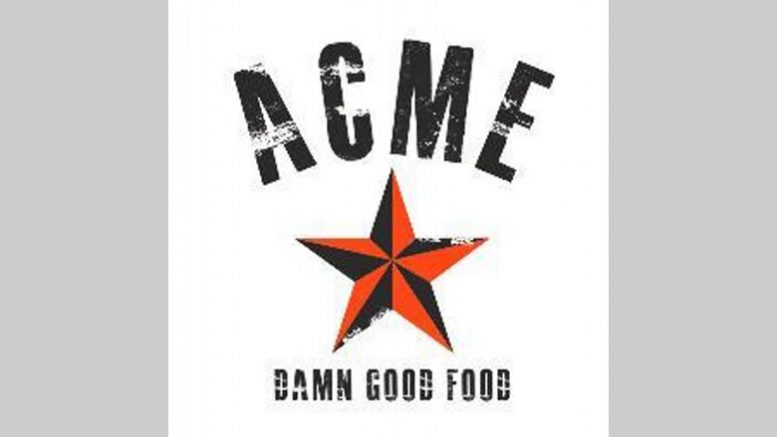 At the beginning of 2021, the Orange County living wage rose to $15.40 per hour — almost double the federal minimum wage — or $13.90 if the employer pays at least half of the health insurance cost.

In response to this, Carrboro restaurant Acme Food & Beverage Co announced a 12 percent service charge on Feb. 22 to help pay its employees a living wage.

A living wage helps employees afford the most basic needs, including a roof over their heads, food, transportation and utilities, said Susan Romaine, the director of Orange County Living Wage.

Acme is not the only business in the Chapel Hill-Carrboro area to pay its employees a living wage. Orange County Living Wage, a nonprofit organization working to promote a living wage, has certified 226 businesses as living-wage employers since 2015.

“It’s a dedicated way of having money there to support living wages among the hourly workers at Acme,” said Romaine. “When you’re in the service industry, it is really hard to make a living wage, and so this is Acme’s way of saying that this is a real priority for us and for us to make it happen.”

She said that the 226 certified living-wage employers have collectively raised their employees’ wages by $870,000 altogether, giving raises to more than 500 employees in Orange County to qualify for certification.

Typically, restaurants will increase wages by raising prices on the menu, Romaine said. Acme’s decision to add a service charge is very transparent. For employees who rely on tips, this service charge will help them reach the living wage.

Francesca Mason, Acme’s chief financial officer, said the 12 percent service charge is lower than what is normally expected from standard tips on to-go orders but leaves the power and satisfaction of rewarding hospitality in the hands of the guest.

“This pandemic has offered an opportunity to examine the restaurant industry’s model, which was built on a model of tipping, which leads to inequities between employees,” Mason said. “We also think it is important to prepare our business for whatever legislation may bring with the move towards a $15 minimum wage.”

Supporting its employees with a living wage is not new for Acme. The restaurant has been certified on the living-wage roster for over a year, Romaine said. This means that prior to its February announcement, employees were being paid a living wage.

Customers support the financial transparency Acme is showing and the importance of paying its staff a living wage, Mason said. This model is the future of restaurants.

Acme is currently only offering to-go services but plans to include a living-wage fee associated with dine-in service once they open back up, Mason said.

“Every business has unique challenges and honest-to-god realities that may preclude their ability to pay a living wage,” she said. “Altruism aside, we believe that paying a living wage makes our business better. Period. That’s a choice we are making, which we believe helps everyone on our team and each of our guests.”