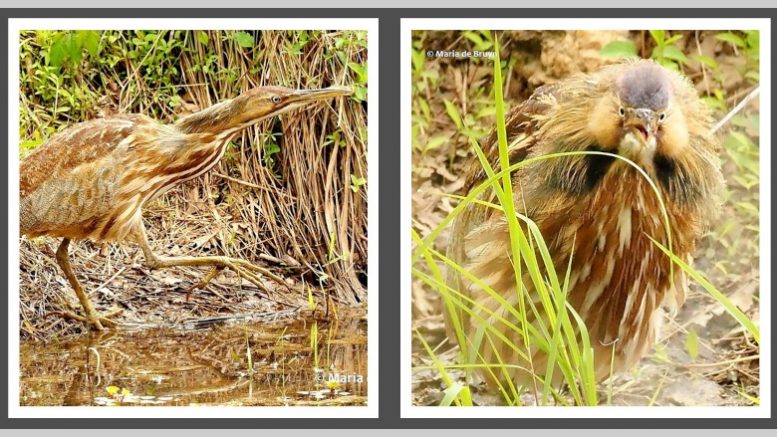 The Brumley Nature Reserves (North and South) are popular recreation sites for walkers, hikers, nature observers and birders. Springtime is especially nice when the birds fill the air with melodious courtship calls and songs.

A bird that does not have a lovely call, the American bittern, sometimes sounds a bit like a bull bellowing, which led to one of its nicknames — “thunder pumper.” When it is spotted, however, birders tend to get excited because this medium-sized heron (2-3 feet tall) usually is only partly visible when hiding among dense grasses and reeds. In contrast to great blue herons or great egrets, American bitterns lead mainly solitary lives, so birders can’t count on seeing a group of them.

Brumley North recently became a real hot spot when a local birder alerted other bird lovers to the presence of a bittern at one of the ponds. Unexpectedly, this bittern was not shy at all. Even when s/he was being watched by half a dozen people, the bird emerged from the grasses and reeds to forage for food at the water’s edge or stopped for a grooming session. 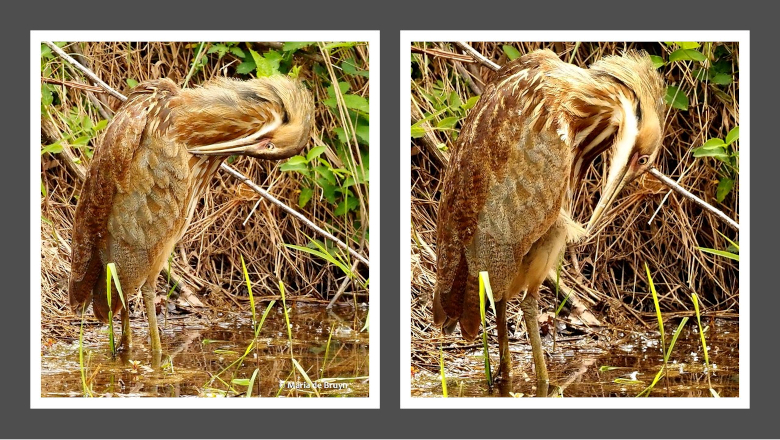 When approached, the bittern’s usual “concealment” pose is to stand tall with its neck stretched upward and its bill pointing up at the sky. They can still look down in this position, giving them an appearance that some people liken to “googly eyes.”

They don’t move until they feel it is safe to resume stalking their food, which includes fish, frogs, tadpoles and insects. Parts of the eaten animal that they can’t digest are later regurgitated as a pellet. 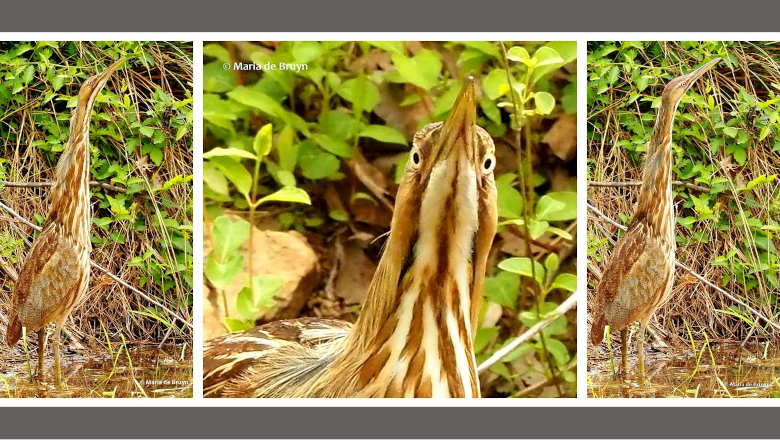 American bitterns are considered a species of high concern by Waterbird Conservation of the Americas. More than half of North America’s original wetlands — their preferred habitat — have been destroyed or degraded. Let our recent Earth Day observance remind us of the very urgent need to protect the natural areas that remain in our state and to restore areas that can be rescued, so that future generations can also have the pleasure of seeing this elusive, beautiful bird.

Baby birds are still around!

Be the first to comment on "An Elusive Bird Draws Crowds"

Check this page each week for the upcoming local government meeting schedule and agendas.

… And you can read it, too. Take the pulse of the community by reading email that people have sent to our elected officials. Learn what’s on the minds of residents and what local governing boards may be discussing soon by scrolling through the email archives of the governing boards.