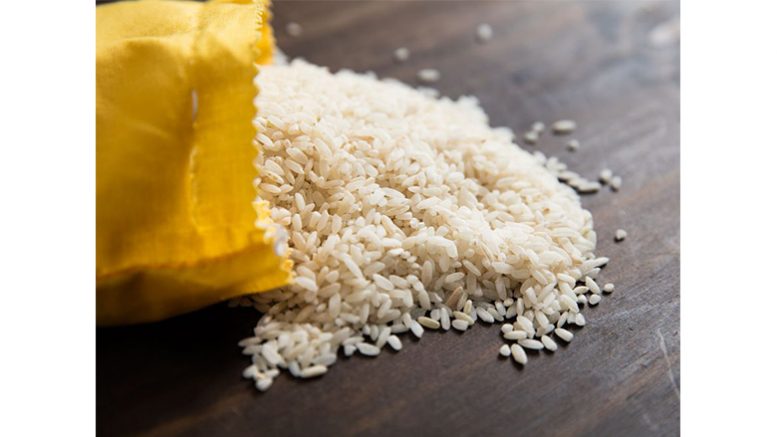 It all began when my writing partner for The Absentee Gardeners, Lise Jenkins, gave me a package of rice. Now, I’m a woman of a certain age with some proficiency around the kitchen, but I had never heard of Carolina Gold rice, so Lise’s gift opened a new door to the glories of ricedom.

Rice cultivation is quite old — over 5000 years — and there are many varieties. We don’t know where the original rice introduced in South Carolina in 1647 originated but we do know that rice cultivation was on a large scale by the end of the century. Thomas Jefferson, apparently intensely interested in rice, offered 98 different kinds of the grain to the South Carolina Agricultural Society. Whether one of these varieties took hold or whether it came in a shipment from Madagascar, we simply don’t know but one grain did stand out: With its golden hue, it became known as Carolina Gold.

Rice was extremely important to the South Carolina economy, trailing only tobacco in economic importance. By 1700, 394,130 pounds of rice were exported.

It was not an easy crop to grow as it needed periodic flooding of fresh water that then had to be removed to enable the workers to harvest it. In other words, it was very labor-intensive. After harvesting, workers then had to mill the kernels, literally pounding them with a wooden mortar and pestle – it would take a slave over one hour to process a bushel.

Growing a successful crop of rice demanded a source of cheap labor; in the case of South Carolina, of course, this consisted of slave labor. Slaves from West Africa were in heavy demand as they came from rice-growing areas so brought knowledge with them. Rice growing was extremely profitable for the planters and in his book Carolina Gold Rice: The Ebb and Flow History of a Lowcountry Cash Crop Richard Schulze states that these growers were among the richest segment of the population in colonial America.

However, two things doomed the ultimate production of Carolina Gold rice: It never achieved importance to the colonies as a whole and it was too dependent upon slave labor in a “land of swamps and bogs that had very little alternative usage.” This was land that could not support mechanized farm machinery. By 1900, the rice industry in South Carolina was moribund.

In the early 1970s, Dr. Schulze bought some property in the Low Country as a refuge from Savannah. Hoping to entice more ducks to the area, he turned to rice planting. It was not easy – for details I urge you to read the book. Along the way, he became interested in Carolina Gold rice, a variety that no longer existed except in small research pockets.

Having obtained 14 pounds of the rice from a research scientist, he prepared to plant his first crop in 1985. Care had to be taken as rice, while it self-fertilizes, will cross voluntarily with other strains – and Schulze could not take any chances. He planted the 14 pounds in a former catfish pond, resulting in a fall harvest of 64 pounds that he replanted. By 1988 he had harvested 470 pounds and had learned how to mill the rice by removing the hull and polishing the bran. That year, for the first time, he and his family sat down with neighbors to a feast of Carolina Gold rice.

Today, Dr. Schulz, an eye surgeon, donates all his rice to the Savannah Association for the Blind.

Carolina Gold rice is unusual in that it’s a long-grain rice – rice comes in three lengths: short, medium and long – that is quite starchy, similar to various Italian rice varieties commonly used for making risotto. The text on my bag instructed me to boil the rice in a copious amount of water, drain and rinse it with cold water before spreading it out on a baking sheet and then place it in a 300° oven for five minutes.

Of course, I knew better and simmered it instead in chicken stock for 15 minutes. Lynne Rossetto Kasper of “The Splendid Table” fame says that it should taste of green tea and almonds. While my batch was perfectly acceptable, I determined that next time I’d be better off either using it to make a risotto – thereby taking advantage of its starchy quality – or following the directions that pervade the Internet: Cook it for 15 minutes, rinse it, and bake it in a 300° oven for five minutes. Sometimes this old dog should be willing to try a new trick.

A River of Grass

Be the first to comment on "An Old – New Rice"