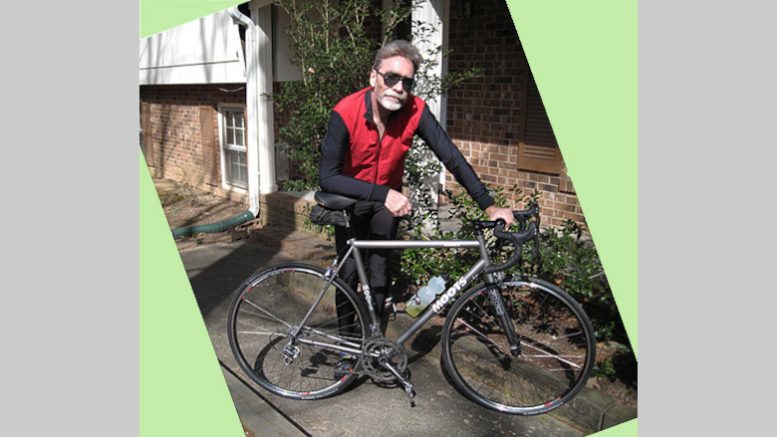 I write to you as a neighbor, fellow road user and cyclist. In 30 years of riding in and around Chapel Hill, I have seen and, at times, nearly been the victim of some awful driving behavior — inconsiderate at best and utterly reckless at worst. But I don’t want to scold. I want to offer advice that can help us all use the roads more safely.

What would help, first of all, is cultivating the patience required to avoid the two most common driver mistakes that endanger cyclists: the left cross and the right hook.

A left cross is a left turn into the path of an oncoming cyclist. A bicycle can be moving faster than it appears from behind the wheel of a car. So, rather than rushing to turn in front of a cyclist and tragically misjudging speed and distance, think, “I’ll wait.” Allow the cyclist a few moments for safe passage. The same principle applies when nearing a roundabout or stop sign. Don’t rush to get there ahead of a cyclist. Slow down and wait for the cyclist to get through ahead of you. Pass after the stop sign or roundabout, when it’s safe to do so.

A right hook involves overtaking a cyclist and then immediately making a right turn into the cyclist’s path. Sometimes this comes from misjudging speed and distance, but, again, the problem is usually impatience. The solution is to slow down, wait until the cyclist has passed the corner, intersection or driveway and then turn. That’s the neighborly way to do it.

Pardon me for laboring the boxing metaphor, but the third problem is what might be called a straight jab: pulling out of a driveway or side street into the path of an oncoming cyclist. The solution is the same: Take an extra breath and wait for the cyclist to pass. It never takes more than a few seconds to do the safe thing.

On country roads, the most common problem is passing too closely. North Carolina law requires motorists to give cyclists at least a three-foot margin when passing. If there is traffic in the oncoming lane and space is tight, slow down and wait until the road is clear, then move over and pass safely. When passing a cyclist on a country road, there is no need to beep, as some drivers do. Cyclists can hear cars coming, so beeping the horn does nothing except to cause a startle response. When a horn blares behind me, I wonder, “Is this person about to do something unsafe?” No cyclist needs that kind of worry.

A worse kind of country-road driving behavior is passing a cyclist when another cyclist is in the oncoming lane. Speeding down the middle of the road between a cyclist being overtaken and a cyclist in the other lane gives neither cyclist the required safety margin. This is an illegal move and fairly terrifying to cyclists who face a car coming at them in their lane. So, please, don’t ever do this.

You might be thinking, “Well, cyclists do some pretty reckless stuff, too!” Yes, some cyclists do not ride as safely or law-abidingly as they should, and that’s not to be condoned. But keep in mind that cyclists are far more vulnerable than drivers, and reckless cyclists mainly put themselves at risk. Nor does incautious cycling, irritating though it might be, ever justify bad driving.

So I hope it makes sense why I’m appealing to you — motorists, I mean — to be more considerate. You control machines that can kill, and it is within your power to wield those machines differently, in ways that will make the roads safer for cyclists and everyone else.

One last thought, Neighbor Motorist: Consider getting out on a bike. It won’t take more than a few rides for you to verify everything I’ve said here. You’ll come away from the experience with a new appreciation for patience as a virtue, and you won’t doubt that practicing this virtue behind the wheel can save lives.

Michael Schwalbe is a professor of sociology at N.C. State University. He has lived in Chapel Hill since 1990.

Let’s Return to Our Values

3 Comments on "An Open Letter for the Open Road"