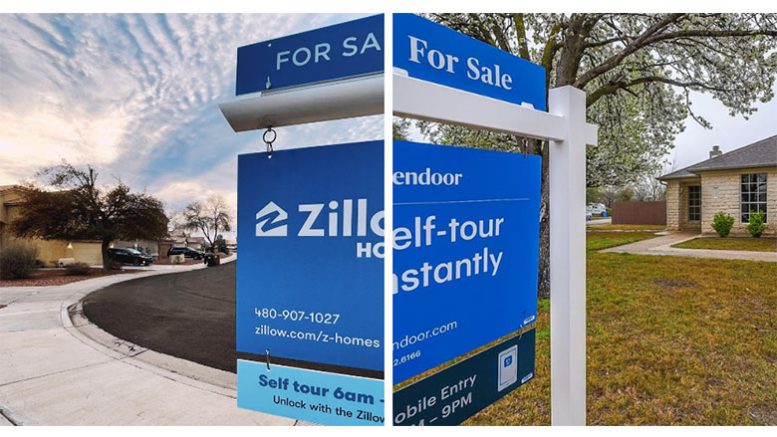 Some of the biggest recent news in real estate came when Zillow announced last month it would pause its purchases of homes as part of its ZillowOffers program, and then just a week and a half later announced it would be stopping the program entirely and would be laying off 25% of its employees.

Chief Executive Officer Richard Barton said in a statement, “We’ve determined the unpredictability in forecasting home prices far exceeds what we anticipated.” This is a significant admission from a company whose entire reputation was built on estimating home prices through their Zestimate service.

ZillowOffers was part of a recent trend of what has become known as iBuyers, which are typically tech companies offering “instant buying” programs that seek to disrupt traditional methods of buying and selling homes. Nationally there are many players in the field, but here in the Triangle, Zillow and OpenDoor are the biggest players. With Zillow’s announcement, I thought it would be an appropriate time to look at how active these companies have been in the selling of homes in this turbulent year.

This article will examine the listing activity of these two companies across the Triangle and within the southern Orange County area, which I consider to include the ZIP codes of 27510, 27514, 27516, 27517, and 27707 within the boundaries of Orange County. Note, my anaysis only includes iBuyer homes directly listed by those companies, and not those where the company used a traditional brokerage for the listing.

As of Oct. 31 2021, there have been 39,541 closed home sales of any type documented in the Triangle Multiple Listing Service (TMLS), which is the system used by agents to support buying and selling of homes, and 2.71% (1,072) of those have taken place in southern Orange County.

Of those selling in southern Orange County, only 7 homes have been sold by Zillow or OpenDoor, which is just a little more than one-half of 1%. Across the Triangle, the numbers of sales by these companies have been higher, but only marginally so. They account for 1.83% of listings (727 out of 39,541).

If we examine currently active listings, the percentage of homes offered by Zillow and OpenDoor shift notably. As of Nov. 5, there are 3,044 active listings within the TMLS, and 183 of those are listed by Zillow or OpenDoor, which is 6% of the total listings. Of those, 5 are within the boundaries of southern Orange County, which represents 7.4% of the 68 currently active homes in the area.

Surprisingly, in a hot housing market that saw an average sales price across the Triangle of $10,295 above the asking price, homes sold by Zillow and OpenDoor sold below asking price by an average of $4,638.

Zillow has indicated it will continue to sell off its previously-acquired homes, even though Business Insider reported that in its five largest markets it was selling 64% of the homes for less than what the company paid for them.

Gary A. Miller is co-owner of Red Bloom Realty. He has lived and worked in Chapel Hill off and on since 1994 and is an avid musician, kayaker, traveler and former educator.

Be the first to comment on "Are iBuyers a Significant Factor in Southern Orange County?"