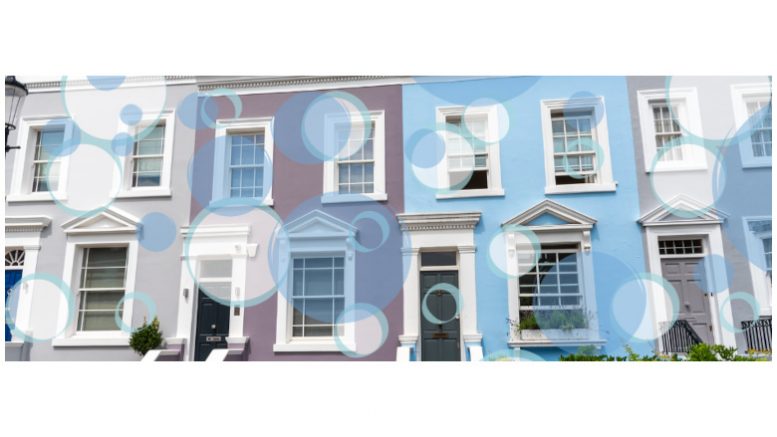 Graphic by Gary A. Miller.

With all this contradictory opinion at the national level, what does it potentially mean for us here in southern Orange County?

I do not proport to have all the answers and do not want to position myself as an expert in economic trends.  In this article, however, I would like to opine about the status of the housing market in southern Orange County (as defined by the ZIP codes 27510, 27514, 27516, 27517, and 27707 within the county boundaries) through the lens of a rubric created by an expert in those areas and consider our market’s behavior during the 2007 housing market crash.

After that crash, researcher Hans Lind (2009) published a paper titled “Price bubbles in housing markets: Concept, theory and indicators” in the International Journal of Housing Markets and Analysis.  In this article, Lind identifies the following six areas that he posits serve as indicators of a housing bubble:

Items one, three, four, and five seem not to apply to the current market.  Interest rates are currently climbing but have been at historically low levels.  Even as they climb, they are not outpacing historical rates and do not seem to be outsized for typical household income.  Housing supply is certainly not increasing.  In fact, low supply is a big part of the increase in prices.  There do not seem to be any trends toward risky lending products, and lenders continue to apply appropriate standards for loans.

Item six presents perhaps a more mixed picture.  We generally have not seen an increase in speculative behavior (such as a large amount of home flipping) from individuals, although we could argue that the activities of iBuyers such as OpenDoor, OfferPad, and Zillow (before the latter ceased its home buying operation) fit here.

Item three is more difficult to assess.  Most buyers know at this point they will have to compete strongly for the home they decide to pursue, and generally most buyers I interact with feel like prices will continue to rise.  However, I believe most buyers understand the risks they are taking on.

Certainly, I have met some prospective buyers who feel like they want to “wait out” the market.  I typically point out to those who have this perspective that even during the last major U.S. housing bubble, our area was not as dramatically affected as the rest of the country.  The table below tracks several data points across the time of that crash.

The table shows that while prices grew inconsistently from the 2007 crash through the decade that followed, and it took a full 10 years get back to the average sales price of 2007, there were only a few years that saw a significant decrease in the average sales price in southern Orange County.  We simply did not take a dramatic step backward as so many areas of the country did.

When considering the indicators described by Hans Lind and our area’s reaction to the previous housing market crash, it is difficult for me to predict that we will see a major decline in pricing anytime soon.

It remains to be seen whether the increasing mortgage rates or some other unforeseen factor – war, additional spikes in inflation, an even-more-extreme pandemic or other global phenomenon – will slow the demand we are currently experiencing.  But, until then, I anticipate ongoing competition and increasing prices.

Gary A. Miller is co-owner of Red Bloom Realty.  He has lived and worked in Chapel Hill off and on since 1994 and is an avid musician, kayaker, traveler, and former educator.

Be the first to comment on "Are we nearing a housing bubble?"