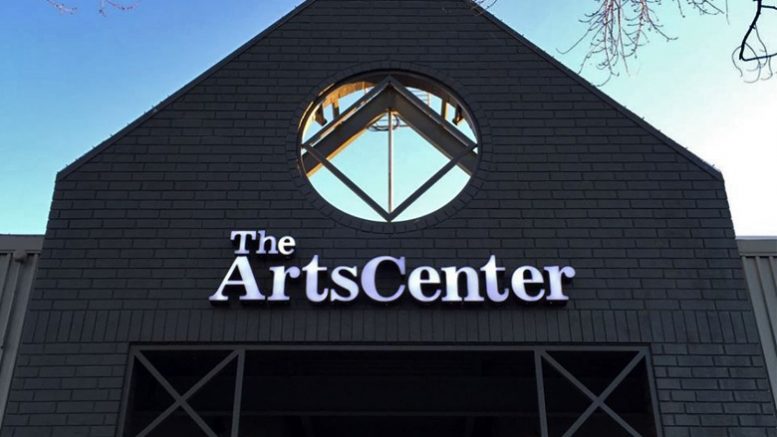 ArtsCenter executives say the coronavirus pandemic will not delay the organization’s move to a new site. And the move is definitely still on.

The plan remains to start construction on the new 20,000-square-foot building on a plot across from the Orange County Water and Sewer Authority headquarters on Jones Ferry Road during the first half of 2021.

Fundraising is still in the “quiet phase,” he added, with the ArtsCenter seeking funds from larger donors. When the balance gets to 70 percent, fundraisers will reach out to other donors in the general public as well.

The ArtsCenter’s plan faced a town review at a virtual meeting Thursday night, one of several to be held into the fall. Representatives from the Planning Board, the Appearance Commission, the Transportation Advisory Board, the Environmental Advisory Board and the Economic Sustainability Commission asked questions and provide input to the Town Council. The meeting was open to the public.

Mayer said the nonprofit is still working with its architects — and gathering public input — to figure out exactly how it will use the space at 303 Jones Ferry. The ArtsCenter switched architects about two months ago, leaving Clearscapes for Evoke of Durham.

The organization’s current location, a former Piggly Wiggly grocery store on East Main Street, has been the ArtsCenter’s home since 1987. Although the site, which is currently closed due to the pandemic, is in the heart of downtown and more accessible by foot to many of Carrboro’s restaurants and bars, staff and patrons alike have complained about the aging building.

The ArtsCenter originally was supposed to move into a new library and civic building planned for an existing downtown parking lot, just a few blocks away on South Greensboro Street. But ArtsCenter executives last year said the timing of that move would not work for them, and decided, instead, to find another location.

Several years earlier, the nonprofit had proposed being part of a partnership constructing a four-story building on a parking lot at 200 E. Main St., but that plan was rejected by the town in 2015.

ArtsCenter brass believe that people will make the trek to the new building slightly west of downtown, both by foot and car.

OWASA has agreed to let the nonprofit use its parking lot during off-hours. Parking is also available at the nearby Wilkinson Building and Town Hall.

Mayer said the site may never have enough parking to please everyone, but it is also on a bus line, alleviating some of the need for parking.

There have been some complaints about the size of the theater at the new home. The theater in the current building holds 320, while the new theater will seat only 140. Mayer explained that the theater is at capacity only about four times a year, but he has to think about programming year-round.

Mayer added that there are plans to increase drama offerings at the ArtsCenter, and a theater of 100-150 works best for that.

But the ArtsCenter will continue to bring great music performances to town, he said, maybe booking two shows instead of just one or maybe putting on performances at other venues.

Those who want classes during the day will be happy, and so will those who want to see music at night. “(The ArtsCenter) is something different for everyone,” Mayer said. “That’s what’s cool about it.”

The ArtsCenter moved all the programming that it could online as the pandemic gripped the nation in mid-MarchOfferings included improv, where patrons appreciated the collaboration during a time of isolation for many, Marketing Director Patrick Phelps-McKeown said, and memoir writing, but also ceramics, with students providing their own materials, minus a potter’s wheel.

“Everyone had to kind of think outside the box as far as what classes we can offer,” Phelps-McKeown said.

The silver lining to the adversity, he added, was that it brought people together to solve challenges.

Transition to College Particularly Challenging for High School Class of ’21

Be the first to comment on "ArtsCenter’s Move Still On"