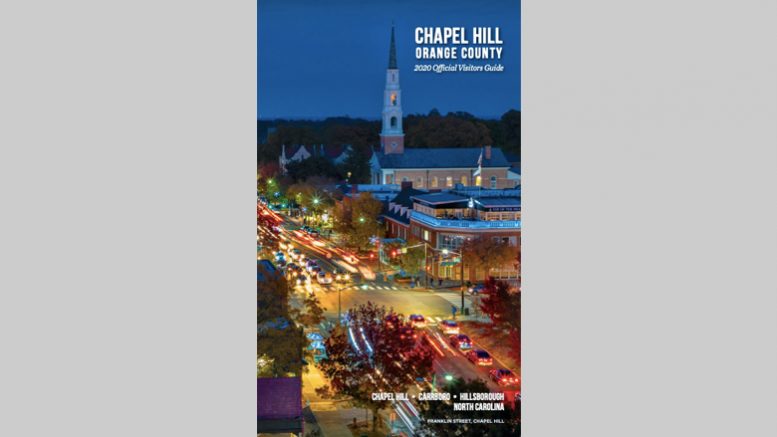 The COVID-19 pandemic has decimated tourism in Chapel Hill, leaving the town with not only a different look — empty hotels and bars, deserted streets — but with a major drop in tourism revenue.

“We have seen a direct impact in collections related to occupancy tax,” said Amy Oland, Chapel Hill business management director, in an email.

In fact, though, the fiscal impact may even be greater.

“We have also seen an impact in sales tax revenues,” Oland said, “but it is more difficult to directly attribute those losses to the impacts in the tourism industry vs. sales from those who live in the community or in the neighboring communities or the numerous other factors that impact how much people buy.”

“No one can travel, the hotels are sitting empty,” Paolicelli said. “When a person visits a hotel, they usually leave $.20 of their dollar at the hotel, the rest all spills out into the streets — at the bars, restaurants and retail. None of that’s happening either.”

Without tourists filling local hotels, many restaurants, bars and retail stores have been forced to close their doors for good. And if establishments aren’t shutting down, they are, at the very least, being forced to lay off or furlough many employees.

“About two years ago we opened up Lula’s, which was very well received, and got great reviews, but it hadn’t established a real core of supporters yet,” Greg Overbeck, marketing director and one of Chapel Hill Restaurant Group’s owners, said. “We were kind of debating whether we were going to keep going with that concept and, when COVID hit, it was a real easy decision to say, ‘OK, we can’t limp along here, we need to go ahead and close that restaurant.’”

The empty space on one of Franklin Street’s busiest corners serves as a reminder of how much local tourism-oriented businesses have suffered.

“Everyone is really concerned, there’s been hundreds of layoffs and furloughs at all wage levels,” Paolicelli said. “From management to wait staff to cooks to retail managers, it’s all just gone, frankly. The travel and tourism industry has been one of the hardest hit [industries] here.”

A major factor in the drop in local tourism was UNC-Chapel Hill going virtual, both in the spring and fall, leaving significantly fewer students remaining in town. Virtual school also means no real events on campus.

“The university, obviously, is a tremendous help to our business,” Overbeck said. “So, when you have faculty and students that aren’t here, there’s no one to deliver to.”

Paolicelli said without full capacity sporting events, guest lectures and medical conferences, for example, there is little incentive for tourists to visit the area.

Overbeck echoed the sentiment, noting that in the past, restaurants could “always count on a huge weekend when we have a football game in town because [we also] get Carolina fans that come back and want to relive their college experience.” Now, local restaurants can’t do that.

One Chapel Hill hotel, however, has been able to survive the pandemic and the tourism downturn by adjusting and have even been able to increase their occupancy rates compared to last year.

When the university sent on-campus students home in late August, The Graduate Chapel Hill on West Franklin Street decided to rent its vacant rooms out to students who otherwise would be forced to return to their hometowns.

Wes Rowe, general manager of the hotel, said occupancy rates dropped off when the pandemic began. The Graduate then temporarily closed down from March to August. When it reopened in August, occupancy began to rise.

“Then, obviously, we had a spike in cases here in Orange County and UNC-CH decided to go ahead and send everybody back home,” Rowe said. “At that point in time, we actually switched gears and began to lease rooms to students.”

The Graduate rented 55 of its 69 rooms to Carolina students, most of whom were freshmen and sophomores. This kept the hotel’s occupancy rates between 85 percent and 92 percent, higher than their average of around 75 percent before the pandemic.

“Compared to what was happening throughout the rest of the market, where everybody else was averaging 15 percent to 30 percent [occupancy] throughout the fall, we were able to maintain that occupancy pretty high, with having those student leases,” Rowe said.

But these long-term student leases brought in less revenue than standard room rentals. The lack of tourists for sporting or academic events also has taken its toll on The Graduate’s revenue stream.

“You’re talking about, usually, six weekends in the fall for football,” Rowe said. “Graduation weekend itself is typically our biggest weekend of the year. Losing all of that in the spring, and thus far in the fall, has been a huge hit.”

The situation — for The Graduate, other hotels and the entire local tourism economy, only will improve significantly when parents, alumni and fans are able to travel to the area without fear of getting sick.

Paolicelli understands there isn’t much to be done about the situation currently, especially as COVID-19 cases have been on the rise in recent weeks. However, the bureau is prepared for when tourists can, and do, return. The Orange County Commerce Department received about $250,000 in CARES Act funds, which has been used primarily for marketing.

“We’re not about risking people’s lives to improve hotel occupancy,” Paolicelli said, “Right now, there’s a lot of public relations. There’s a lot of, ‘when you’re ready, we’re ready here.’… Most of our studies have shown that, in downtimes, people should continue to remind customers of what they have. So, when the waters part again, so to speak, people can get here and are reminded of everything that we have.”

Offering Aid, One Wash at a Time

Be the first to comment on "As Pandemic Rages, Local Tourism Feels the Pain"