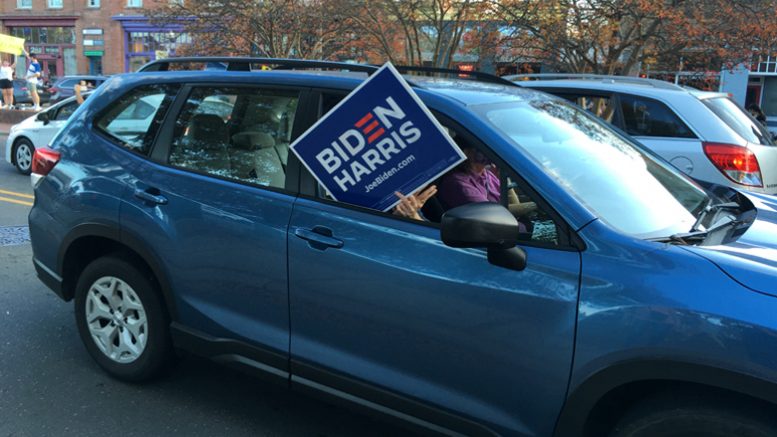 Joy erupted all over town.

Bicyclists rang their bells and cars honked their horns as they rode down Franklin Street. SUV sun roofs opened under a glorious sky and passengers stood up to give the victory sign. Across from Weaver Street Market in Carrboro, people lined the curb, cheered, shouted and high-fived each other.

Drivers reached out of their vehicles to salute the news. Their passengers perched outside opened windows to wave happily and take photos and videos. Neighbors gathered in cul-de-sacs to bang on pots and raise their glasses, even if it was still — just barely — Saturday morning.

And cars everywhere, it seemed, honked and honked and then honked some more.

Across Chapel Hill and Carrboro, the news that Joe Biden had become president-elect of the United States was met with joy, excitement and a bit of relief. There was literal dancing in the streets as the community reveled in Biden’s victory. It was a reaction that mirrored similar spontaneous celebrations in cities across the country.

“I knew it was coming, but until it happened you couldn’t be sure,” said Joe Alexanian, who was walking home from the Carrboro Farmers’ Market. “This is the best day we’ve had in like four years.” 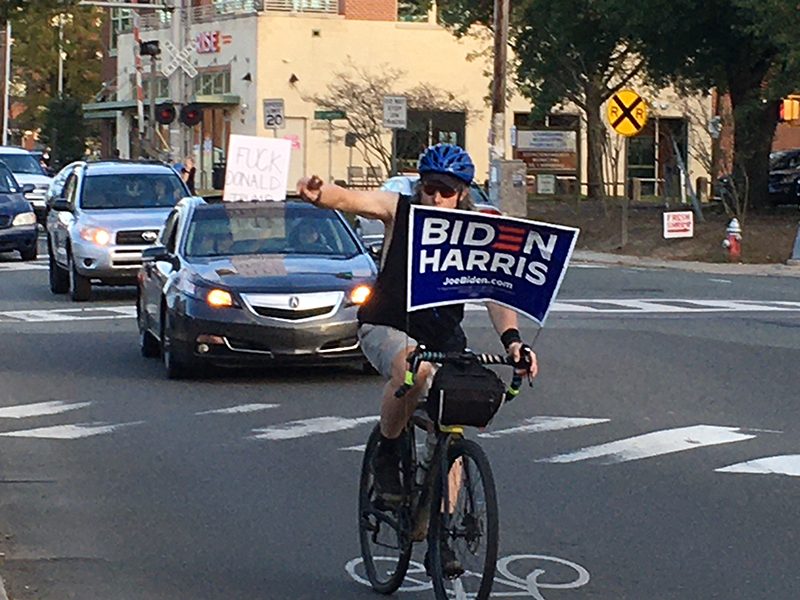 The celebrations continued for hours, with residents lining the streets holding their Biden campaign signs high and raising their fists in power salutes. The cars were still honking five hours later, as the sun was going down in Chapel Hill and Carrboro. 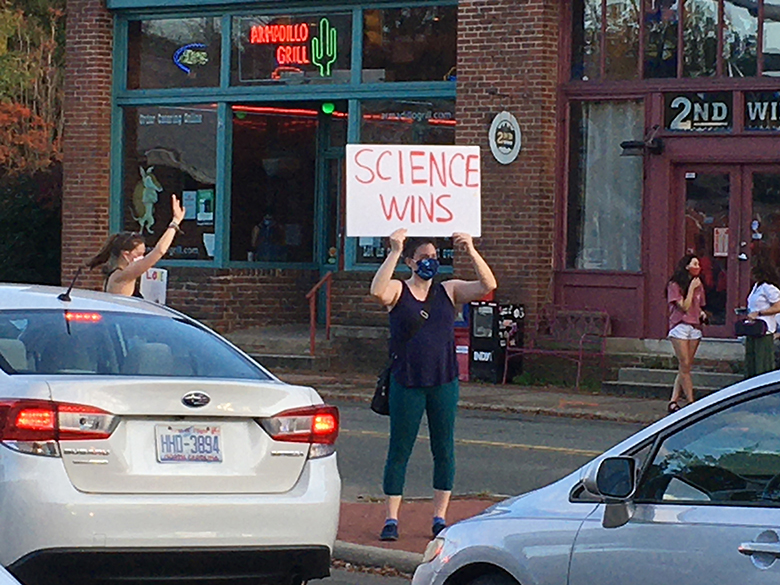 For Chapel Hill Town Council member Jess Anderson, it was a moment, she tweeted, of “relieved exhale.”

The outpouring of joy should not have been surprising. According to preliminary numbers from the state Board of Elections, Biden received more than 63,000 votes in Orange County, almost 75 percent of the total.

Carrboro Moves Ahead on Reparations