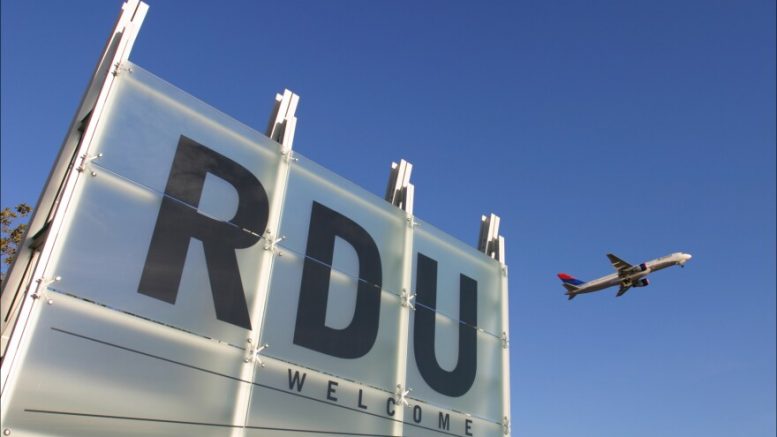 Airfares are significantly higher with travelers flocking back to the air, but the serious price pain is for rental cars. Table stakes are easily $100 a day or more, plus heavy taxes and fees. Some locations are flat out of cars, and there have been plenty of reports of weary families arriving late in the evening only to find the vehicle they thought they had “reserved” is not available.

In classical economics, the cure for high prices is high prices because high prices discourage demand. That goes for both rental rates and fuel prices. The relentless indifference of rental car companies – they have been short of cars since they sold down their fleets at the very start of the pandemic — is further incentive to leave driving out of travel plans.

Many people may still have airline credits from flights canceled because of the pandemic, or accumulated miles to mitigate airfare. But for rental cars, the only way to win is not to play.

Given the prevailing car culture in North Carolina, it’s almost a reflex to book flights, hotel and car. Indeed, airlines and booking websites offer package rates. Resistance is not futile.

Of course, world-class cities in the U.S. and Canada have long had proper public transportation from the airport into town that is inexpensive and reliable. In the past few decades, the roster has grown to include many large and mid-sized cities in the Southeast and West — from Atlanta to Albuquerque.

Here is a closer look at two such destinations:

Both of them have:

-Single-ride light-rail from the airport to town;

-A vibrant, walkable downtown with hotels, restaurants, shops and museums.

[Note: the recommendations arise out of personal experience by the reporter, with no considerations of any kind from the places mentioned.] Ever in the shadow of its bigger, bragging brother to the east, Fort Worth is a hidden gem. This is the real West. The legendary stockyards remain active, if reduced from their glory days. There is more than enough to see and do for a weekend with the family, a few friends, a couple or even solo. There is a relaxed energy in the town that styles itself Queen City of the Prairies, Cowtown and Panther Town.

From the Airport: DFW is the fortress hub for American Airlines, which has several non-stops a day from RDU. Charlotte is also a hub for American. Trinity Metro runs frequent TexRail trains from DFW into downtown Ft. Worth for $2.50 per person each way. Trains are spacious, clean, and safe.

In Town: Central Station is just that and the hub for local buses and just a few blocks walk to almost anywhere in the compact downtown that is also spacious, clean, and safe. As a treat, take the train to the last stop — the Texas & Pacific Railroad building at the south end of town. It adds a few blocks to the walk, but the frescoes and classic styling are delightful. Just a few blocks from the T&P Building is the lovely and peaceful Water Gardens.

What to Eat: Leave the pork in North Carolina, and step into the heady, earthy heaven of smoked brisket and sausage at Riscky’s. Classic — neon signs, cowboy clutter, and red-checked table cloths.

There is a plethora of Mexican restaurants, Irish pubs, and dive bars with pool tables. At the other end of the spectrum is the fun and funky Thompson’s Bookstore bar. The style is speakeasy, but with a door on the street there is no secret passage or password. Cocktails and the crowd are clever but casual.

What to See: Stockyards National Historic District. This is the real deal, in all its dusty glory. A short bus ($2) or cab ride from downtown. Lots of Western wear and shopping as well.

The visitor-friendly Dash local bus ($2) departs every 15 minutes for the Cultural District including: The Gateway to the West was once the hub of TransWorld Airlines. When American acquired TWA for $500 million in 2001, it promised to maintain the status of STL, which it doesn’t even pretend to have done. Southwest is now the largest carrier and has nonstop service from RDU.

From the Airport: MetroLink Red Line ($2.50) runs from the airport to downtown, and on to communities in Illinois (economical, reliable, regional light rail service, what a concept).

What to See: St. Louis Union Station is glorious, soaring, sprawling history in stone and steel. It also may be the ultimate expression of downtown renewal with hotels, restaurants, shops, a carousel and Ferris wheel, and an aquarium. And, of course, trains. Union Station, and the current Amtrak station at Civic Center are both served by the Metro.

Gateway Arch National Park, skip the cramped, expensive ride to the top of the arch in a claustrophobic capsule, but don’t miss the excellent national park at the base. It details the westward expansion of the United States, updated to include the stories of the displaced native people. There is also an exhibit on the infamous Dred Scott case.

Laclede’s Landing Riverfront District is like a smaller, all-brick version of the French Quarter in New Orleans, complete with restaurants and bars, live music, historic sites, and shopping. Or just sit and watch the Mighty Mississippi roll by.

Be the first to comment on "Carefree, Car-Free Destinations: Ft. Worth and St. Louis"