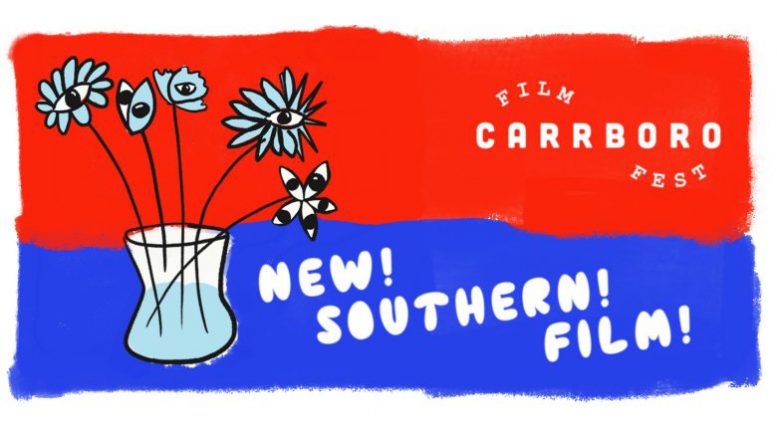 Billing itself as “Southern Films in one of the South’s Funkiest Small Towns” since 2019, CFF has identified itself as featuring Southern films exclusively as it is itself a Southern entity. The increasing production of films in Southern cinema in recent years that challenge and recontextualize our understanding of Southern culture was the impetus for CFF’s shift in the films it chooses to present to audiences.

The festival opens on Nov. 18 at 7:30 pm with Tableau which includes a special Q&A with the director, cast and crew after the showing. It is a feature film by Chapel Hill native and UNC-CH alum Stuart Howes. The family drama features many landmarks in Chapel Hill and Carrboro.

Tableau is one of two full-length films, with the closing night’s documentary The Smell of Money being the other.

The Smell of Money, which closes the festival on Nov. 20, documents the environmental racism of factory-farmed pork. North Carolina native Jamie Berger who wrote and produced the film will be in attendance for a Q&A after the screening.

The rest of the programming is in the format of seven blocks of North Carolina-based short films clustered around a theme.

Filmgoers can expect films in the blocks of shorts to be themed around marginalized Southern bodies, universal stories that need to be heard more, the red pill of truth, documentaries about returning to origins, human traditions that draw us together, moving forward on life’s journey, and the power we have in the settings we find ourselves. There will be a presentation and discussion in the last block of shorts by Alex Harris, whose book, along with Margaret Sartor, Our Strange New Land: Narrative Movie Sets in the American South, is a series of photos on film sets taken by Harris showing new Southern indie filmmaking in action.

The Local Reporter (TLR) corresponded with festival director Bradley Bethel, as well as Rudi Petry and Zoe Roberts, referenced below collectively as CFF.

In the first 13 years of its existence, the Carrboro Film Fest was an international festival. It was current director Bethel’s decision to have the festival put a lens on Southern cinema.

“Considering the South’s complex history and culture, we want the festival to become a recognized venue where people can use film to both celebrate and interrogate Southern culture,” CFF wrote.

The South has originated distinctive American musical and literary movements and trends in other art forms. It also has histories of violence, disenfranchisement and social struggle. In the last decade, the South has become a hub of film production as well. In 2016, more major feature films were made in Georgia than in California, according to data from the Los Angeles film office (Time, 7/26/2018).

With its focus on Southern cinema and screenings at the intimate ArtsCenter, CFF hopes to create empathy and connection and “a shared energy in a film festival environment that you don’t get when watching in a theater or at home.”

“In a theater, you’re not likely to talk to your fellow audience members about what you just saw together. At a film festival, you can turn to the person next to you and start chatting. There’s also something special about watching challenging or experimental films with other people,” CFF said.

The South is often a character itself in American cinema and has been for a long time saddled with stereotypes, cultural rifts and preconceived conventions. Contemporary Southern culture, however, is much more nuanced.

A new generation of filmmakers is coming to terms with race, class and sexuality. There is also more inclusivity as seen in the number of women and African-American directors and subject matter, as well as highly diverse members of cast and crew.

“One of the most appealing aspects of attending a film fest is knowing that an entire committee curated a special package of films just for you, just to make sure you have a meaningful and memorable experience,” said CFF.

The festival accepts submissions throughout the year. FilmFreeway, a one-stop film festival submission platform facilitated the 150 films submitted to CFF this year. CFF also follows the major festivals in the country looking for Southern films.

“Our selection committee of about a dozen people views the films and rate them individually, then our core team sorts through the finalists to create the program. It takes weeks to pull together a balanced program,” CFF explained.

The Carrboro Film Fest is made possible by the Town of Carrboro and the Carrboro Tourism Development Authority. “We put a significant part of our budget right back into Carrboro businesses by purchasing gift cards for visiting filmmakers,” CFF said.

The festival is also noncompetitive. “Competition tends to isolate the films from the program as a whole, so we did away with competition,” noted CFF.

“At Carrboro Film Fest, every film we program is part of the whole. We’re giving our audience an experience they literally can’t have anywhere else or at any other time, and that experience emerges from the films in their totality,” the organizers added.

Whether it is the South or any other region of the country, Americans are living in a highly charged atmosphere of cultural and political polarization. Perhaps a film festival can, in some measure, help change that.

To that point, CFF said, “Film has a magic ability to create empathy and connection. In no other medium is a viewer so thoroughly immersed in another person’s point of view. You find yourself rooting [for] and relating to people and characters who are completely unlike you. In film, we really see ourselves within each other.”

A full schedule of films and ticket information can be found here. Matt Hughes: Running to Protect our Democracy and Improve the Lives of Orange County Residents.