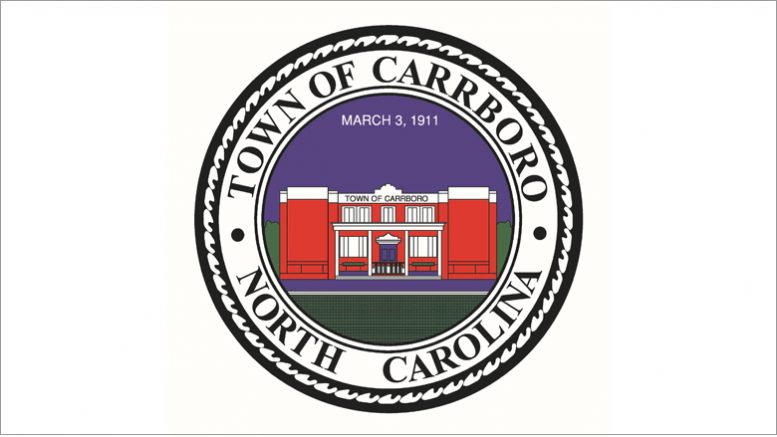 The flags are still there, flapping in the gusty breezes.

Despite a letter from the State Board of Elections formally requesting that the Town of Carrboro remove several Black Lives Matters flags hanging from the front of town hall, an early voting site, Carrboro officials have decided to let them stay.

The mayor and town council met in closed session in an emergency meeting Thursday morning and, according to reports, after consultation with the town attorney, a decision to leave the flags in place was made. The town did not issue a formal explanation of what happened at the meeting.

The emailed letter from the Board of Elections, dated Wednesday, said it had recently received “a couple of emailed complaints regarding” the flags at the site.

Board Executive Director Karen Brinson Bell wrote that after the initial complaints, the board had received “word today from the General Counsel for the Republican Party that there were numerous additional complaints.”

Bell noted that “The flags are attached to the front of the one-stop site and therefore could be interpreted as an official endorsement by the board of elections in favor of a particular movement. While these flags may be a supported symbol of the Town of Carrboro, the one-stop early voting site is open to any Orange County voter and therefore the site must provide the opportunity for all voters to exercise their right to vote without intimidation or hindrance.”

The Town of Carrboro installed the Black Lives Matter flags over the summer in the wake of nationwide protests for racial justice that followed the death of George Floyd in Minneapolis. The flags were among a number of steps the town took to show its solidarity with racial justice efforts.

Be the first to comment on "Carrboro Keeps BLM Flags Flying"