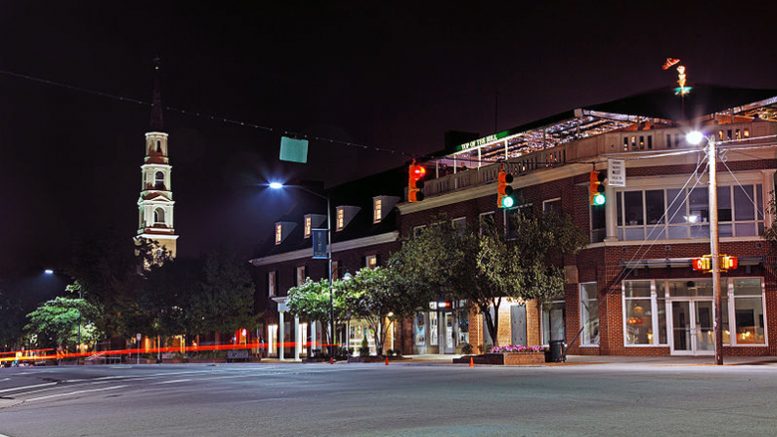 Duke Energy is expected to complete a month-long project of replacing 2,000 street lights on major streets in Chapel Hill with more environmentally friendly LED lights by the end of May.

John Richardson, Chapel Hill’s planning manager for sustainability, said in an email that “lighting illumination levels should be equivalent or perceptively better in most cases” with the new LED 3000 lights.

More important, the project is expected to save nearly 1.2 million kilowatt hours of energy annually and prevent 835 tons of greenhouse gases from being released into the atmosphere. The change will cut energy usage from the lights in half as well as minimizing waste from maintenance.

Kumar Neppalli, Chapel Hill’s traffic engineering manager, said the town paid a one-time fee of $60,000 to Duke Energy for the replacement project. Nepalli said the project is also important because of its potential to impact monthly street light payments.

“It will be less once we change them to LEDs,” Nepalli said.

Meghan Miles, a spokesperson for Duke Energy, said the utility was “proud to partner with the Town of Chapel Hill to help them reduce their energy use and help meet their sustainability goals.”

The Chapel Hill Town Council committed to replacing the street lights with LEDs last September. The project is in line with the council’s commitment to meet standards set by the Paris climate agreement and reduce the town’s emissions by 26-28 percent by 2025.

Some LEDs, such as the common LED 4000, can disrupt wildlife and interfere with sleep schedules in residential areas because of the blue light they emit. That can suppress the production of melatonin, an important sleep hormone, more so than the yellow light created by more traditional street lighting.

The LED 3000, however, although it is slightly less efficient than the 4000, is endorsed by the Dark Sky Association and the American Medical Association because its warmer light reduces these negative effects.

Chapel Hill has a total of 3,605 street lights, but the town currently has no official plans to replace the remaining roughly 1,600 decorative or residential street lights.

Miles said many towns in the state already have replaced their existing streetlights with more efficient LED lighting, including Carrboro, Durham and Raleigh.

Be the first to comment on "Chapel Hill is Lighting Up"