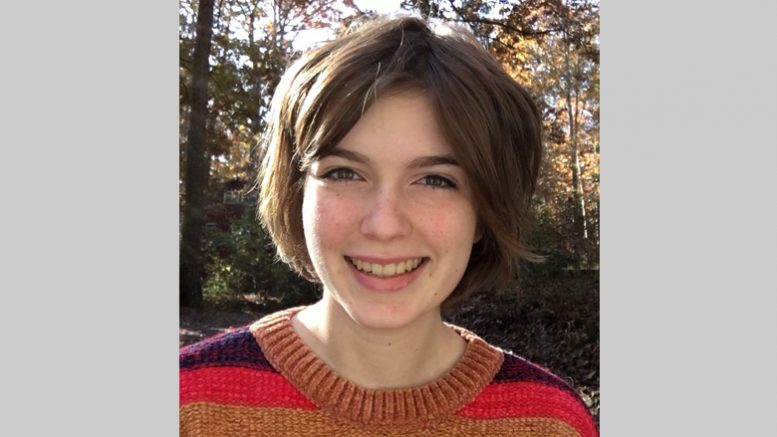 Many high schoolers in the Chapel Hill-Carrboro district can speak passionately and directly to the urgency of environmental issues. They make their voices heard outside school hours, take personal action to help mitigate climate change, and do their best to help address the issue of global warming.

But in a climate-strike contest, our district wouldn’t win a participation award.

On Sept. 20, 1.4 million people from more than 20 countries left their schools and workplaces to demand policies that better protect the planet. Climate activist Greta Thunberg, a high schooler in Sweden, has led the movement and over the past year and a half has inspired more than 2,000 climate strikes, most of which have been student-led.

A handful of teenagers from the three CHCCS high schools organized a local branch of the Sept. 20 walkout. East Chapel Hill High protest leader Margaret Briggs said that despite minor organizational mishaps, it went “very well.” Franklin Street filled up with sign-bearing demonstrators “of all ages,” according to high schooler Kate Doherty.

Then, on Nov. 8, Thunberg herself came to Charlotte to speak at the state’s so-far biggest climate protest, drawing demonstrators from as far away as Georgia, Virginia and other surrounding states.

Those who attended the protests said they were inspired and energized. But the number of those from the school district who decided to participate is actually fairly small.

At East Chapel Hill High, it would have been easy to miss that the Charlotte protest was happening at all. Even among a generally progressive, media-savvy teenage crowd, many students didn’t learn about the rally until the day before. With such short notice, even passionate would-be protesters struggled to find transportation and school notes.

Others debated the worth of going, even if they’d been given more lead time. Meanwhile, the majority of students were left to hear about the event after the fact.

The lack of attention and interest paid to the Charlotte protest was not a one-off. While high school teachers often plan lighter lessons on days when they anticipate lower attendance —  the Friday before spring break, for example, or in 2018, the day of the March for Our Lives walkout — in the days leading up to the Sept. 20 protest, few teachers even acknowledged that a local event would be held less than five miles from all the district high schools.

Apparent low levels of interest meant teachers felt it unnecessary to forfeit valuable instructional time. On the day of the protest, few enough people were missing that it became clear the instructors had made the right decision.

Individually, most students support environmentalism and climate change mitigation. “I think it’s sad that a literal child has to tell people that they should [care] about the environment,” said Logan Heck, a local high school junior. His classmate Laura Koech agreed, adding that the choices we make now form “the world we’re going to live in, and the world future generations are going to live in.”

So why isn’t the student body walking out en masse? The answer may be that the majority of CHCCS students today seem to have a different perspective than past generations on the use of the protest as a tool for change.

“I think protesting is important, but I feel like the method in which you take action against an issue should directly counteract that issue, and leaving school for things that aren’t related to the treatment of people in schools does not actually help people resolve those issues,” said student Riley Akos.

“I would’ve gone if it had been on a Saturday,” chimed in an ECHHS sophomore who preferred to remain anonymous.

Junior Ali Marshall agreed, explaining that she “didn’t feel like it was appropriate to walk out of school if it wasn’t affecting (her) school life.”

Attendance records from the 2018 March for Our Lives protest confirmed this perspective. In contrast to this September’s climate rally, then-principal Eileen Tully told the Durham Herald-Sun that an “overwhelming majority” of her high school’s 1,450 students walked out to protest school shootings and advocate for gun control laws that would keep their classrooms safe.

In some past protests, those who demonstrated have felt so dissatisfied with the status quo that they were willing to set aside their usual needs to raise awareness about an issue. In the CHCCS district now, however, many students believe that rallies and demonstrations have a time and place that can coexist with a normal routine.

Another group of students also believes in the importance of environmental stewardship, but has little faith in the power of protests at all. They wouldn’t necessarily go to a climate rally, even if it were held on a weekend.

“I think what (Thunberg) is doing is definitely right, but a lot of people won’t listen because they’ve already made up their minds,” said sophomore Claire Thananopavarn. “She’s not advocating for individual action, she’s advocating for corporations to step up their game, and under this administration they’re not going to take any action.”

Heck said he felt similarly. “I think it’s effective at gaining attention, but in the long run I don’t think it’s going to matter because we’ve already (messed up) the environment too much.”

A recent Harvard research paper, summarized in the publication Quartz, agreed with Heck and Thananopavarn: protests rarely change the minds of lawmakers. The study did, however, conclude that protests were generally effective at accomplishing their goals. How? Because they caused participants and observers alike to become more politically and personally active.

A third large group of students in the district, however, tends to already be politically engaged. Maggie Bryan, a junior at East Chapel Hill, remembers calling North Carolina Senators Thom Tillis and Richard Burr in 2016, to urge them to support the Paris Climate Accord. Since then, she has volunteered with several political campaigns that prioritized environmental protection on a legislative level. On Sept. 20, Bryan did not walk out.

Kenza Hessini, a fellow CHCCS high schooler, was unable to attend the Sept. 20 rally, nor did she participate in the Charlotte protest. But she is a practicing vegan, and for her, the decision to adopt that lifestyle was largely environmentally based.

“The environment is something I really care about and it’s scary seeing the way humans are destroying it,” she said. “Even if individually I am not making a huge impact, I feel as though the number of people who have become vegan or stopped consuming as much meat and dairy really have.”

There are some students, of course, who simply do not consider climate change a priority at all. This even includes a fraction of the teens who did choose to participate in this semester’s climate walkouts. Student Gracie Kent spoke for many when she said that “a lot of the people who walked out (made it clear that) it was just to skip school.”

None of this is to say, however, that protesting isn’t worthwhile. Catherine Trusky, a senior at Chapel Hill High and senior action fellow for the Alliance for Climate Education, travelled to New York City to participate in the main Sept. 20 protest. For her, the trip was inspiring.

It’s hard to tell which strategies will be more effective in the long run — but whether we demonstrate or skip the dairy, we’re trying our best in the ways we can.

For Housekeepers, a Garden of Delights