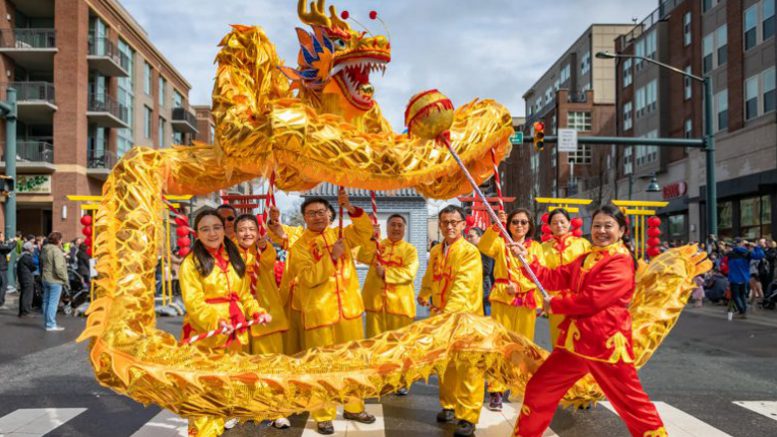 [This is the first in a series taking an in-depth look at a particular community living and working in southern Orange County.]

Shared culture and traditions have brought ethnic Chinese immigrants from different origins together in Chapel Hill. As early as 1982, students from mainland China attended graduate school at the University of North Carolina at Chapel Hill. Upon graduation, some of them settled down in our beautiful college town to build their careers and raise their families in the spirit of the American Dream.

They were among the first Chinese Americans in Chapel Hill, joining the few immigrants from Taiwan, Hong Kong and other regions who had settled here previously. Since then, the Chinese community has been growing with more Chinese students coming to study and work in the Research Triangle area.

In Chapel Hill, most Chinese-American families consist of first-generation immigrants who started careers after attending school, mainly graduate school, in the United States. Many of them are alumni and are affiliated with the area’s three universities or work in the Research Triangle Park. They work in both academia and industry. In addition, some Chinese immigrants have also established themselves through founding small businesses or running successful restaurants which reflect their hometown delicacies.

Education is traditionally emphasized in Chinese culture, along with hard work and persistence. Students attend our local Chapel Hill Carrboro City Schools, known for the amazing teachers who support our children and the numerous resources available.

In addition to academics, Chinese families also place emphasis on extracurricular activities. Chinese-American children develop their passion for interests ranging from music and the arts to sports and forms of social engagement. Supporting a cohesive communalism, Chinese parents actively volunteer at schools, helping teachers with various activities and students with their studies. For example, some parents help translate class materials from English to Chinese for the Chinese and English Dual Language Program at Glenwood Elementary School.

Rooted in the Chinese community, the Chinese School at Chapel Hill has the nonprofit mission to promote cultural understanding in the community through education in Chinese language and culture. Teachers and staff are usually volunteers, with many parents whose kids are current or former students of CSCH. As Mencius, a great educator in ancient China, once said, “They who love their own children extend the same love to the children of others.”

CSCH also serves as a hub for the Chinese-American community. To enrich the cultural diversity of Chapel Hill, CSCH has worked with other groups to sponsor many local cultural events, like the Chapel Hill LIGHTUP Festival. The festival debuted in 2017 with tremendous success and has greatly expanded in the past two years. Now, the festival has become a featured event in North Carolina that attracts thousands to appreciate Chinese performances, art and food.

We call Chapel Hill our beloved home, and like everyone else, strive to make Chapel Hill the best community it can be. Increasingly, the Chinese-American community has more members entering public service roles. Following Hongbin Gu, the first Chinese-American elected in the Chapel Hill Town Council, several community members have already joined town advisory boards within their specialties.

As a growing part of the Chapel Hill community, we cherish the qualities of Chapel Hill that first brought us here and look forward to what lies ahead.

Thanks to Rachel Liu and Jerry Cai for editing.

Be the first to comment on "Chinese-Americans in Chapel Hill"