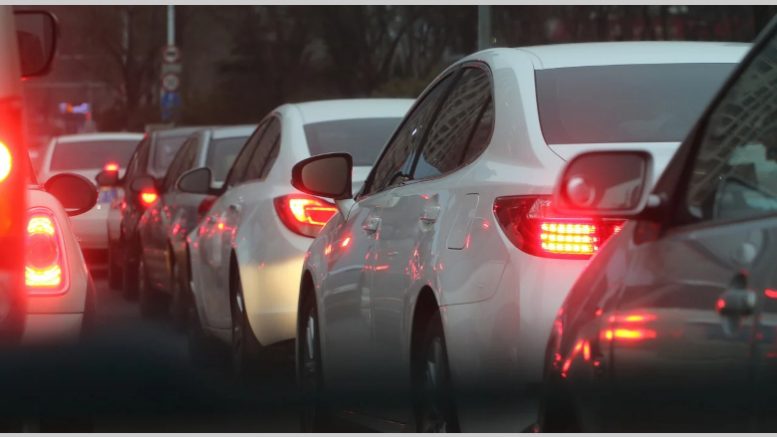 When Chapel Hill’s mayor and Town Council members decide this spring whether to approve AURA, a large, dense new development at the northeast corner of MLK Jr. Boulevard and Estes Drive, they will need to consider how the creation of hundreds of new housing units at that site will affect the flow of traffic at that crucial intersection and beyond. Congestion at that location at peak morning and evening travel times was severe before COVID-19, so it’s important that new construction not be allowed to make things worse.

Unfortunately, the traffic analysis tool the town government is relying on to inform their decision-making does not provide the information we need.

The town’s process for conducting Traffic Impact Analyses (TIA) involves collecting data about current traffic volume in a given location and then projecting future traffic conditions based on the number of vehicle trips typically generated per hour in a typical day by various types of businesses and residences.

This mathematical process for estimating future traffic volume averages the number of trips over one-hour time periods and then analyzes the periods with the largest number of trips. When this estimation process is applied to data for the area around the MLK-Estes intersection, it shows that, during the afternoon peak travel time, every car that leaves AURA via the Estes exit will have to wait 97.3 seconds.

What happens, however, if two, four or six cars want to exit AURA at nearly the same time? The TIA methodology will tell you that the answer is two, four or six times 97.3 seconds, respectively. Thus, the sixth car would have to wait essentially 10 minutes to leave AURA via Estes! Reality is likely a bit different in that two cars may be able to exit at the same time, but six will never fit into the Estes peak-hour traffic flow.

It gets worse. According to the TIA, during the peak evening travel hour, 37 vehicles will be exiting south out of AURA onto the eastbound lane of Estes, and 26 vehicles will be exiting into the westbound lane. Given that AURA is proposed to have 650 parking spots, this TIA projection seems entirely reasonable. These 63 vehicles will need somehow to fit into the flow of 941 vehicles traveling westbound on Estes and 754 vehicles traveling eastbound on Estes. The TIA does not tell us what happens if these “average projections” are off by, say,10 percent or maybe 100 percent, e.g., during a UNC basketball or football game or during a concert at one of the large venues on campus.

Because of these methodological limitations, the town government should do real-time traffic modeling based on actual signal-light timing, and on the aggregate expected traffic generated by the various large projects under construction all over town. Twenty years ago a “supercomputer” was needed to model such a complex phenomenon. Today, a decent laptop can do it.

How much aggregate traffic increase are we talking about? A lot. Consider that 7,314 new residential units and 15,000 associated new parking spaces are in the development “pipeline” for Chapel Hill. The TIA methodology the town currently uses only accounts for townwide traffic growth via an input called “background growth,” which is based on the change in traffic volumes recorded at select intersections over the last five years. The current TIA methodology has no way to account for 7,314 new residences, 15,000 additional parking spots and other significant local development activity such as UNC construction on main campus and the Eastowne Medical Campus.

Because so much new growth is under construction and in planning, we need to see several different runs of the townwide traffic model that account for various different growth scenarios so that critical traffic flow points can be identified. Traffic becomes very nonlinear as flow increases. We have all experienced “stop-and-go” on an interstate highway when the design flow rate is exceeded by just a bit. We already periodically get this stop-and-go condition on Estes.

Responsible planning must take into account the very real constraints imposed by Chapel Hill’s distinctive topology, which has produced a town with just three east-west traffic corridors and two north-south corridors. We are not Manhattan, or even Durham, and will never be like them; Chapel Hill does not have a street grid comprising lots of parallel north/south and east/west roads, so increasing traffic capacity is exceptionally difficult and expensive. Who is going to pay for it?

In the meantime, the modest amount of additional traffic capacity that can be provided at the Estes-MLK intersection relatively inexpensively must be allocated equitably among all the new development we expect to see in that area in the coming years. The proposed AURA development, because of its large size, sucks up all this added capacity all by itself. That may be just fine and dandy to the project’s developers, but it should not be OK with town staff and elected officials. The town government has three choices: 1) Require a scaled-back AURA project that takes into account both our limited ability to increase traffic capacity and the additional traffic that other expected nearby development will produce; 2) Allow an outsize AURA project and disallow any other new development in the area; or 3) Allow an outsize AURA project, approve all the other new development as well, and consign us all to gridlock. Let’s hope they choose wisely.

Fred Lampe lives in Chapel Hill and is on the Friends of Local Journalism Board of Directors.