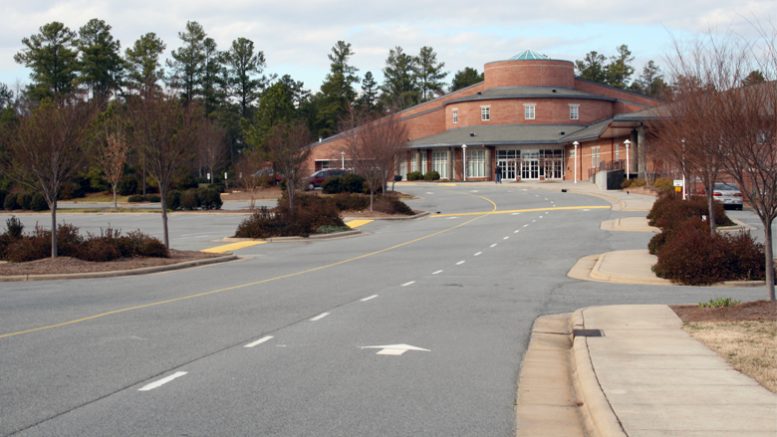 Local churches have adapted to social distancing and shelter-in-place orders by offering regular services and other ministries online — but not without a few challenges.

Social distancing because of the coronavirus pandemic may have moved religion further into the digital age. To be able to continue offering services, several churches in the community have opted to videotape their regular services and broadcast them to congregation members via YouTube and other platforms. Churches are also using Zoom and Facebook Live for discussion groups and necessary meetings.

Geoff Grant, one of the pastors at Chapel Hill Bible Church, on Erwin Road, said transitioning to online services has been difficult.

“It just takes more time and energy to get it done and streamed onto an online platform,” Grant said. “That’s kind of where a lot of our effort’s been going.”

Grant films his services during the week and uploads them to YouTube at 9:15 a.m. and 11:05 a.m. each Sunday, the church’s regular service times. Grant said some parishioners participate in chat rooms during online services, and can request to pray with other congregation members or chat with pastors.

Although he’s had some trouble filming his services, Grant said he thinks going online has drawn more people who aren’t regular attendees than in-person services have in the past. Still, Grant said he prefers preaching face to face.

“I’m really bummed about not gathering in church,” Grant said. “Those are my favorite people in the world, and I really love seeing them every week and it’s hard not to be together. I think when you get in a rhythm of doing life together with people you love, it’s really challenging not to do that,”

Justin Coleman, the senior pastor of University United Methodist Church on East Franklin Street, is facing a different problem. His church has long been streaming its services online via YouTube for people who may be unable to attend them in person, but Coleman had never performed a service for an empty room until recently.

“The energy is different,” Coleman said. “But as long as I’m imagining all of the wonderful faces that I see on Sundays, that helps a little bit.”

University United has moved some of its other ministries online as well. Its small bible study groups now meet online, and the church’s children’s and music directors have been posting videos for parishioners to watch.

The Unitarian Universalist Community Church of Chapel Hill, on Purefoy Road, has mostly followed suit, uploading videos of its services to YouTube as they’re completed on Saturdays. The Rev. Thom Balote said social distancing has forced his congregation to adapt.

“A lot of what we do is based on connection,” Balote said. “Not being able to meet has made us look for new ways to keep the connections that we have made and to strengthen those in this time.”

The Community Church now uses the online teleconferencing platform Zoom for its religious education groups, and has hosted a show-and-tell session and a talent show via Zoom. Balote said the church also has moved its UNC campus ministry online, and that its members have been Zooming regularly.

Other churches have found even more creative solutions to operate while still practicing social distancing. Kevin O’Reilly, the associate campus minister of the Newman Catholic Center, on Pittsboro Street, said that before shelter-in-place orders were in effect, Newman was offering drive-thru confessions, allowing parishioners to confess their sins to a priest without leaving their cars.

Not having in-person masses, he said, has been difficult for families and a handful of parishioners with limited mobility who typically only leave their homes for mass. Conversely, O’Reilly said, many college students have enjoyed the chance to watch mass on Facebook with their parents.

“They’ve said it’s very lively,” O’Reilly pointed out. “They can talk more and interact more, and it feels less like a routine.”

Although many local churches have been able to operate online in most respects, some ministries have been left behind.

Jackie Jenks, the director of the Inter-Faith Council for Social Service, said IFC depends heavily on work provided by church volunteers, which are currently in short supply. Jenks said this shortage comes at a bad time as IFC finds itself helping unusually large numbers of people who haven’t sought their services before, due to lay-offs and business closures.

“Our very small skeletal staff has been trying to pitch in where the volunteers are usually working, but it’s a stretch,” Jenks said.

Jenks said she thinks many volunteers want to return, but understands that they can’t under the current circumstances. She was quick to show her gratitude for her staff, and for continued donations to IFC’s food pantry and other charities. She said donating food or money is still an important way to help the nonprofit even if volunteering is not an option.

“We’re one of the few places that is still open where people can walk up and ask for help,” Jenks said.

Although unable to provide volunteers to IFC or other charities, Chapel Hill churches have found different ways of helping the needy.

Grant said Chapel Hill Bible Church’s Hispanic minister has set up a drive-thru food pantry at the church where parishioners can drop off donations and those in need can pick them up. Coleman said University United Methodist Church has helped provide meals for Chapel Hill-Carrboro City Schools students.

Even though much of society has come to a halt, O’Reilly said the church’s mission hasn’t.

1 Comment on "Churches Have Faith They’ve Found a Way"