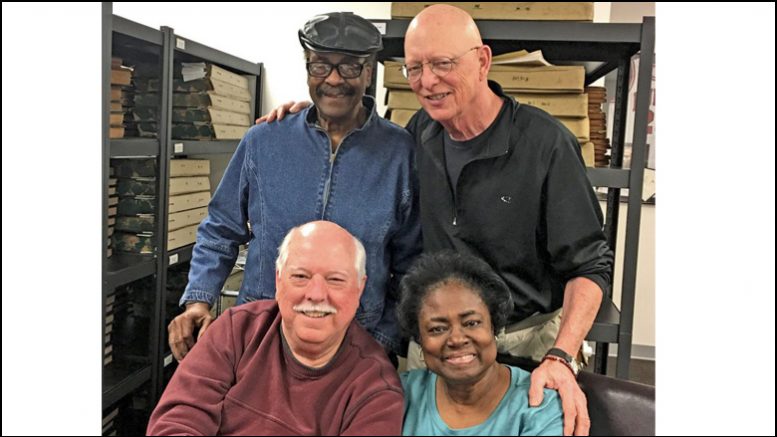 More than 50 years ago in Chapel Hill, there were two high schools — one for black students, one for white. Now there is one alumni association for students from both schools.

A new bi-racial truth, reconciliation and redemption project in southern Orange County, composed of class leaders from once-segregated Lincoln and Chapel Hill high schools, has led to the creation of a joint alumni association. The goal isto make up for lost time and lost friendships, and to celebrate today’s local high school students who are working to enhance multicultural progress in our community.

The newly formed Lincoln High School-Chapel Hill High School Joint Alumni Association was the brainchild of John Allcott, a 1963 graduate of Chapel Hill High, and now a physician in Eugene, Ore. He wanted to promote community-building across racial lines, as well as encourage civic engagement and public service.

In the spring of 2018, Allcott proposed an initiative to honor local high school students who work in the community to break down racial barriers.

During the group’s many organizational meetings, which began in the spring of 2018, members talked candidly about racism and how to combat it. In the process, members of the joint alumni association found much common ground and common history.

Mason, who is black, and Lauterer, who is white, discovered that they both had marched in the same civil rights demonstration on the streets of Chapel Hill in the summer of 1964.

Ultimately, the group decided it wanted to leave a legacy of hope and created an award for local high school seniors. Earlier this summer, the association made its first annual awards: three $1,000 college awards to local students of color.

Corinna Johnson, Nicole Bell and Matthew Atisa, all of Chapel Hill-Carrboro, received their awards at a celebration luncheon at Nantucket Grill in Durham. The three, who will use the award money to help defray college expenses, were honored for volunteering their time to help bring about racial harmony in their communities. The awards “celebrate bridge-building between people of all races and backgrounds and ages by bringing hope to our world.”

Johnson, an 18-year-old graduate of Chapel Hill High School, is the daughter of Michael and Marie Johnson-Jihad of Carrboro. This fall she will be attending UNC-Greensboro where she will be studying pre-kinesiology. Johnson was honored for, among other activities, her work with “A Classroom in Color,” a program of equity training for white teachers to “teach teachers how it feels to be a student of color,” Johnson explained.

Atisa, an 18-year-old graduate of East Chapel Hill High School, is the son of George Atisa and Beth Abuya of Chapel Hill. Atisa, who will be entering UNC-Chapel Hill in computer science, was honored in part for his work in creating a youth orchestra for his local church when he was only 14. Currently, the orchestra numbers 21 children, many of whom are minorities.

Bell, an 18-year-old graduate of Chapel Hill High School, is the daughter of Darren Bell and Ceci Chamorro of Chapel Hill. This fall she will be entering Northeastern University majoring in pharmaceutical sciences. She was honored in part for her work as student body president “closing the racial divide … by meeting people halfway,” she said, and for her creation of an after-school STEM (Science, Technology, Engineering and Math) program for Smith Middle School.

2 Comments on "Coming Together, Years After High School"