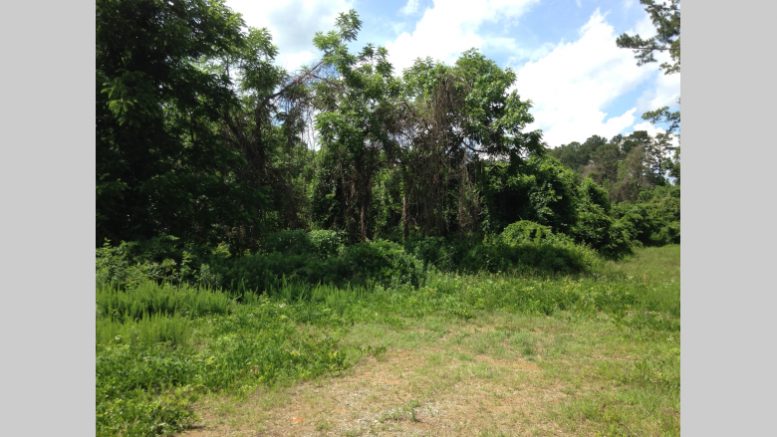 The town-owned land at 2200 Homestead Road is a challenging site for dense development, but council waived some restrictions. Contributed photo.

When I served on the Orange County Partnership to End Homelessness, another board member complained at a meeting about people advocating for Community House to remain a place to stabilize and transition people out of homelessness instead of turning it into a flophouse. The disgruntled board member said of the community advocates: “Just wait ’til 2200 Homestead Road gets built. That’ll teach ’em.” The board member’s expectation of the affordable housing neighborhood was that it would be sub-optimal, to the point of being a punishment to nearby neighborhoods.

For the past four years, community members have urged town staff, the nonprofits involved in the 2200 Homestead development and council members to think about the people who will call this neighborhood home. Make it an address they can be proud of.

Council approved the project at its May 19 meeting, with all but one council member ignoring the challenges this development faces. The project will be built on 13 acres the town acquired as a green buffer to offset high-density development of Vineyard Square. At the time, the land was considered undevelopable because of the steep topography and large percentage of land that sits in the Resource Conservation District (on which development is prohibited).

In 2017, council passed a resolution that the development mix market rate with subsidized housing, similar to what we’d seen done successfully while on a taxpayer-sponsored trip to Boulder, Colo. The 60 percent of market rate housing would help subsidize the 40 percent of affordable units and keep the quality standardized throughout. But over time, Chapel Hill town staff changed the plan to 100 percent subsidized, assuming the nonprofits building the units would raise the money.

Town staff recruited Community Home Trust, CASA and Habitat for Humanity to build the units, and Self-Help to coordinate financing. The approved plan will have 115 to 126 units (depending on the mix of one-, two- or three-bedroom units) and 175 parking spaces. Parents of developmentally disabled adults lobbied for units for their children but didn’t have sufficient funds to contribute toward construction. UNC Medical School’s Horizons program, chipped in $3 million toward an apartment building solely for its clients (mothers emerging from drug rehabilitation) and its on-site staff. Because that building would be classified as an institution, and thus not allowed by the zoning, the town attorney had to do some dancing around with wording.

Community members invited the nonprofits and town staff to walk the land and experience the soggy lowlands and steep slope up to Homestead Road, the main way in and out. None accepted. As a result, the plan drawn on a flat piece of paper ignores that cars, trucks and vans with manual transmission will have to idle on a steep hill waiting to shoot out into traffic to go to work each day. A parking lot blocks a road connecting to the adjacent development that would allow a flatter access to Weaver Dairy Road. Town staff and council dismissed that developer’s pleas to fix the error.

When one council member questioned the advisability of building townhouses in the wetlands, given that the plan hadn’t been reviewed by the town’s stormwater advisory board, staff brushed her concerns aside. (A week later, the council reviewed a proposed market-rate development on a much less challenging site, and council insisted on reports from stormwater engineers and other experts.)

Council also agreed to give away land to two of the nonprofits, rather than offering a 99-year land lease (as it did for the third nonprofit). If those two nonprofits run short of money, the town has given up its ability to step in and complete construction. The town budget doesn’t have extra money set aside to help out, and all three of the nonprofits have major commitments to other developments at a time when it’s never been more expensive to build.

Community members alerted council on multiple occasions to tweaks that could be made to ensure that the quality of homes for low-income residents would be built to the same standard as market rate housing, but the majority of council members rolled their eyes and played with their phones. But rest assured that this neighborhood that council members consigned to be sub-optimal will appear as a personal affordable housing achievement on their re-election campaign materials.

Nancy E. Oates is a former town council member and a longtime advocate for affordable housing. She works for The Local Reporter.