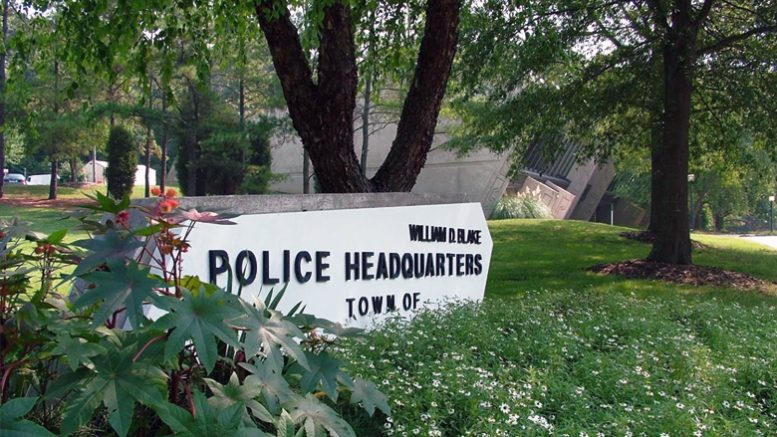 The new headquarters for the Chapel Hill Police Department may still turn out to be the present headquarters.

While reviewing a concept plan this week for a proposed municipal services center on Weaver Dairy Road Extension that would include the headquarters, the Chapel Hill Town Council decided to explore what it would cost to redevelop the current, centrally located site and remediate safety concerns there.

Simultaneously, as a time-saving measure, the town would continue honing specifics of a plan for developing the Weaver Dairy Road Extension location that currently houses Chapel Hill Fire Station 4 and its burn building.

The current police station, off Martin Luther King, Jr. Boulevard, is more than 40 years old, needs a new roof and has become too small for a growing force. It also sits on an old coal ash dump site from the 1960s that poses challenges to any renovation.

Short-term exposure to coal ash can result in nose and throat irritation to nausea and vomiting.  Long-term effects include heart problems, kidney damage and different types of cancer.

The next step in determining the cost of renovation and remediation would be for the council to issue a request for a quote for safely removing or capping the coal ash at the site. Chapel Hill Town Manager Maurice Jones has hired a risk assessment firm to assist in the clean-up of the site.

“Preliminary results of the risk assessment indicate that ongoing interim remedial measures being implemented at the site are effective in reducing human health risk to manageable and acceptable levels,” said John Richardson, the town sustainability manager.

Meanwhile, the land designated for the proposed new municipal services center has drawn concern from neighbors who said they are worried about noise, light, pedestrian safety and traffic at the location. Also, the land designated for the center has increased by more than 40 percent since the concept plan was brought to the community design commission in the fall. There are currently no plans to use the additional acreage.

While some neighbors have claimed that the site was only 150 feet from their homes, Eric Schoenagel, an architect with Little Diversified Architectural Consulting, told the council the building site was in fact 300 feet away from the nearest home. The difference is due to the distance to the house as opposed to residents’ property line.

In addition, Schoenagel also said “a site wall would be able to block the transmission [of noise] to the neighborhood.”

Council member Amy Ryan asked for specific financial comparisons between the MLK Boulevard site and the proposed new location. She said she was concerned about the costs involved.

“If we chose the MLK site one of the costs will be that we have separate costs for improving Fire Station 4,” Ryan said.

Doing It On Her Own: Kate Franklin’s Blindness Won’t Stop Her