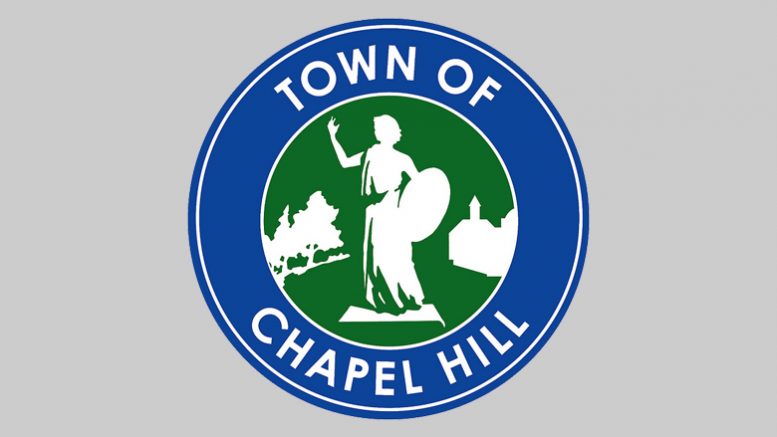 The Chapel Hill Town Council issued a joint statement Wednesday night in the wake of the killing of George Floyd in Minneapolis and the large-scale national protests that have ensued.

In recent months, history has repeated itself as African Americans have yet again suffered unprovoked and violent deaths. George Floyd, a black man in Minneapolis, who died beneath the knee of a white police officer as he lay on the ground with his hands cuffed behind his back, while other officers watched. When we think of him, we recall too many black lives unjustly taken at the hands of police officers, including Breonna Taylor, Terence Crutcher, Michael Brown, Eric Garner and Tamir Rice.

When we think of Ahmaud Arbery, out for a jog in his south Georgia neighborhood, chased, corralled and gunned downed by armed white residents in trucks, how can we help but recall the lynching of Emmett Till in Mississippi in 1955 or of Manley McCauley here in Orange County in 1898? And we know there have been thousands of others killed just as unjustly and senselessly over the course of our history.

These are not disconnected, isolated incidents of senseless violence against black and brown Americans. Rather, they are connected by racism and the on-going devaluation of black and brown bodies and lives. In recognition of history repeating itself yet again and the need to redress the systems of power, positions of authority and the treatment of people of color, we highlight the need to critically examine the role of racial bias and institutional racism in our community. We stand for justice and for the equitable treatment of black and brown people.

This is taking place in the context of a global pandemic that has further exposed our country’s inequities. Nationally, blacks are dying at rates that are nearly double their proportion of the population. Racial and ethnic disparities in COVID-19 infection and death are the result of pre-pandemic realities and demonstrate a legacy of structural discrimination that has limited access to health care, safe housing, and economic opportunity for people of color. The history of inequity repeats itself.

It is heartening that our community has already collaborated in getting critical assistance to our most vulnerable, for example, providing temporary housing assistance, and distributing food and face masks. However, these extraordinary times require us to do even more, to dismantle the structural racism and poverty, which have gripped our society since before the founding of our country.

We are in desperate, challenging times that require us to band together as a nation and as a community. The Town of Chapel Hill and its police are deeply committed to fostering trust, respect, human dignity and equality. As representatives of local government, we are committed to ensuring public safety, public health, and a community in which all people are free to thrive and to live their lives without fear. Thank you.

Be the first to comment on "Council Statement Urges Banding Together"