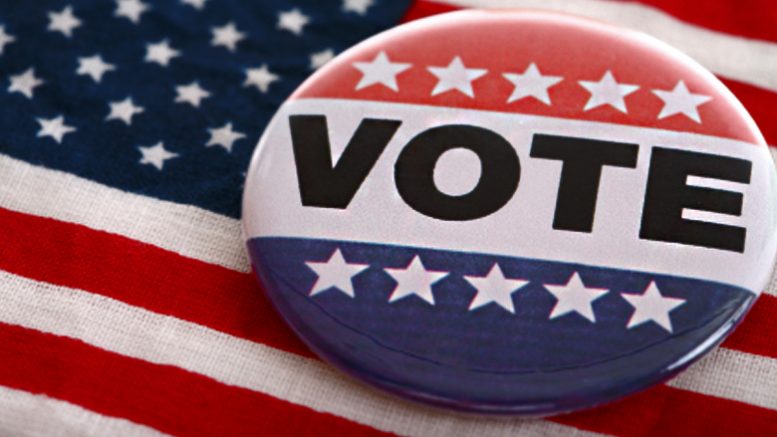 As the November elections approach against the backdrop of the COVID-19 pandemic, Orange County officials are preparing for an election like no other.

But due to the health hazards many perceive that come with voting in person, that number will almost certainly go up in the coming months.

The increase in absentee votes also likely will be compounded by the fact that this November will have a presidential race on the ballot. In 2018, a non-presidential election year, about 58 percent of registered Orange County voters cast ballots. In 2016, the last presidential election, that number was 71 percent.

“This year we’ve already received requests for ballots … in about the total number we had in the last presidential cycle, and we’re still early in this cycle,” said Jamie Cox, chair of the election board.

But “we’re well equipped to handle it,” he said. “We’re anticipating we will have a significant increase in ballots by mail over a normal year.”

Recent policies enacted by the state Board of Elections and the state legislature have anticipated this increase, and aim to make voting by mail easier.

Now “anyone can request an absentee ballot,” said Raper. “They just simply have to fill out the form first.”

The request form for an absentee ballot can now be processed online, and accessed through the county board’s website. Additionally, House Bill 1169, which received bipartisan support and then was signed into law by Gov. Roy Cooper in June, now gives voters the option to print their filled-in ballots, sign them and then scan them in and return them by email, in addition to the previous methods of mailing them back to the county elections office or dropping them off there.

The Orange County Board of Elections staff will contact anyone that submits an incomplete or incorrect form. Voters also can call the board to confirm that their request was received and approved.

The state board, meanwhile, is working on a system that allows voters to receive text, email or phone alerts about the status of their ballot, including when the request was received by the voter’s county.

The actual absentee ballot itself also has been simplified, reducing the number of witnesses required to submit it.

“You used to have to get two signatures to fill out an absentee ballot, that was reduced to one signature,” said Rep. Verla Insko, whose House District 56 covers much of Orange County.

Starting Sept. 4, absentee ballots will be mailed out to all who have requested them. However, ballots still can be requested after that date. Requesting an absentee ballot does not disqualify a voter from later choosing to vote in person.

“If COVID were to go away tomorrow,” said Insko, “and we were to be able to have an election the regular way, everyone that has requested an absentee ballot would be able to go. The only people who would not be able to go are those who have already mailed their ballot back in.”

There are some concerns that the increase in absentee ballots will delay the speed at which results can be counted. Results in recent elections in Georgia and New York, among other places, have been slowed by an influx of absentee votes. Any absentee ballot mailed on or before Election Day can still be counted up to three days after.

“I don’t believe [the increase in mail-in ballots] will necessarily stress infrastructure,” Raper said. “But if we have close races statewide, it might take longer for the winners to actually be determined.”

While President Trump and some Republican-aligned commentators also have suggested that voting by mail may increase the risk of voter fraud, there is however, no research indicating that. Insko said she does not believe potential voter fraud poses a serious threat to the integrity of North Carolina’s elections.

“The claim that absentee ballots are less safe, I think for North Carolina, there is no evidence that is true,” she said, “There is not much evidence of fraud anywhere. Even in North Carolina, when they examine the signatures they’ll find two or three or four people who have voted in two places, out of the millions of people who vote.”

Link to the state’s absentee ballot request form, with instructions on how to fill it out: https://www.orangecountync.gov/DocumentCenter/View/11879/Orange-County-AbsenteeBallotRequestForm?bidId=