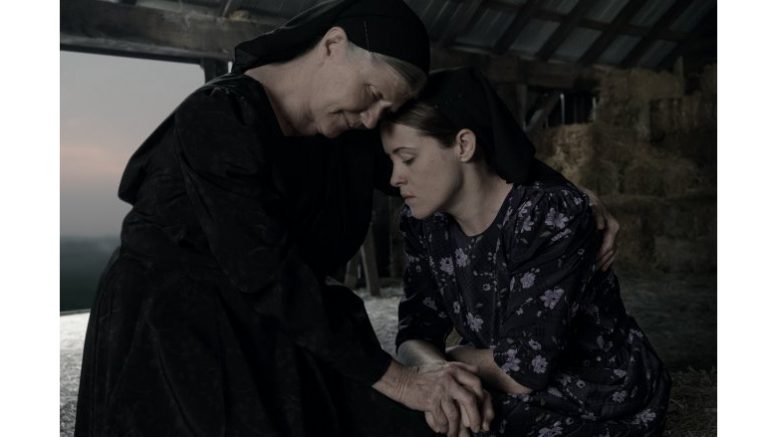 Opening January 27 at the Chelsea and Silverspot

Just this week nominated for a Best Picture Academy Award, director Sarah Polley’s acclaimed drama Women Talking has finally made it to local theaters. Technically released last year, it’s one of those must-see movies this year.

Based on the Miriam Toews novel—which was, in turn, based on actual events—the film follows a group of women in a Bolivian Mennonite community who must make a decision about the male abusers in their ultraconservative and repressive patriarchal community.

The formidable ensemble cast features Rooney Mara, Claire Foy, Judith Ivey and the great Frances McDormand, who is so consistently brilliant that we should all be paying some sort of yearly retainer fee.

But the real appeal, for my moviegoing dollar, is director Sarah Polley, the Canadian actress-turned-filmmaker known for her 2012 memoir/documentary Stories We Tell and the pitch-perfect drama Take This Waltz. Polley’s films always feel fearless in a way that’s hard to describe. She tells the truth.

Opening January 27 at the Chelsea and Silverspot

Has this ever happened to you? You watch a film then have the thought afterward: “I was meant to see this movie today.” It happens to me all the time, and while I suspect there’s something Jungian behind it all, I’ve chosen to take these encounters as omens.

My latest experience with this phenomenon came with the new British import Living, starring the great English actor Bill Nighy. The gist: A 1950s London bureaucrat has an existential epiphany and rethinks his whole life at the 11th hour.

Plenty of people are likely to get that meant-to-see-this feeling. The film’s themes are ancient and universal: It’s carpe diem, essentially, and the film is so well-told and lovely to look at that you may feel a dramatic renewal of purpose. Highly recommended. Bonus trivia: Living just earned Nighy his first Academy Award nomination for Best Actor.

If you have yet to see the wild multiverse adventure Everything Everywhere All at Once—the big winner in this week’s Oscar nominations—the Lumina is putting the film back in rotation starting this Thursday, Jan. 26. Silverspot, too.

Be the first to comment on "Courageous Women, Aging Men and Angry Birds"