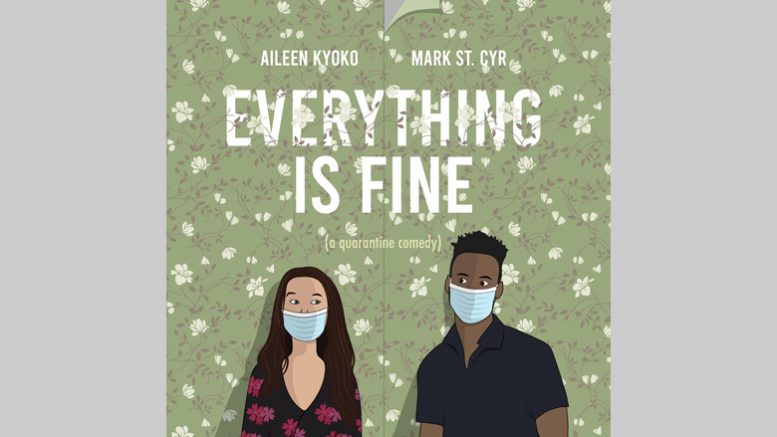 Four and a half months of sheltering in place have led to an outpouring of creativity — sidewalk art, bread making, labyrinth construction, gardens, painted rocks placed on forest trails.

Booker Creek was the site of the production of “Everything is Fine,” an eight-minute film created by Aileen Kyoko and Mark St. Cyr as they self-quarantined in April in an Airbnb. Using a small Panasonic G-9 camera, they wrote and produced it in about a week. It is a rom-com, set in this challenging setting and time of global pandemic. It has a wonderful score enhancing the humor and angst of the story. The plot is based on the couple’s real-life experience as they reunite after being apart for a few weeks. There are shots of Aileen watching television wearing gloves, surrounded by Lysol, wipes and hand sanitizer; Mark agreeing to an extra week of social distancing “just to be safe,” and ballroom dancing six feet apart.

Another dimension is that the couple is mixed, Aileen being Asian and Mark, African American. After sharing the film with friends and family, they held an online Talk Back which raised $8,000 for Black Lives Matter. And they submitted it to the Chelsea movie theater, here in Chapel Hill, which will be showing it in the fall as part of their Lens on the Triangle series.

‘I cannot express how scared I am for my son.’