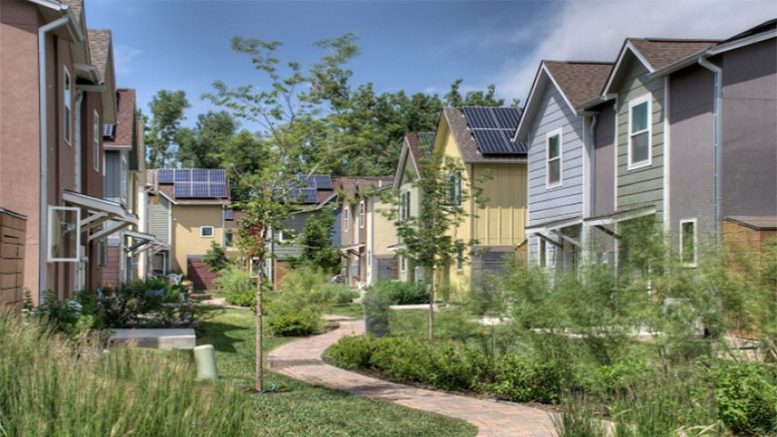 The process of determining what kind of housing is needed and creating it must be led and controlled by those with the need — not politicians, developers and banks. Although they may be philosophically committed to the development of affordable housing, politicians, developers and banks look through lenses that are different from those in need of affordable housing.

Developers and banks seek to maximize profits, and politicians desire to maximize revenue. That leads all three to prioritize the building of luxury apartments. Yet, residential development costs more in services than it brings in in revenue. Luxury apartments also increase property taxes. Higher property taxes make what were previously affordable homes less affordable, and the resulting gentrification pushes out people with fixed and lower incomes. This is what is continuing to happen in Chapel Hill.

The other excuse given for the proliferation of luxury apartments is “that is what banks are willing to finance.” So what?! Banks are not the only ways of financing affordable housing. In addition to housing bonds, there are a number of other models that work.

One way to finance affordable housing is to create community investment funds. A type of mutual fund, community investment funds are socially responsible investments that offer investors a small yield while providing funds that can be used to build affordable housing. Public land (and land swaps) can also be used to reduce the cost of development. Tax liens can be placed on vacant and abandoned properties, which can then be offered first to housing organizations, at or below cost, for development or redevelopment.

Localities also have tools to finance the creation of permanently affordable housing. Because they assess transfer taxes, recordation fees and other charges, they can, therefore, charge for-profit entities more for these services. By doing so, localities can reduce land speculation while using part of the speculative capital to fund affordable housing.

Raising money through crowdfunding, obtaining grants from foundations, in-kind donations from retailers that sell appliances, as well as direct appeals to landowners and the super wealthy are also ways of funding affordable housing. In addition, by creating mixed-income housing, more expensive units can help subsidize lower cost units while increasing diversity and providing the kind of real inclusivity lacking in large developments that offer only a few affordable units — units affordable only for a limited amount of time.

Another option: When developers reach the end of their 15- or 30-year affordability agreements, or when property owners decide to sell, either could offer the right of first refusal to purchase to residents or localities.

UNC is Chapel Hill’s largest employer — and landowner — and contributes to the local housing shortage. UNC’s failure to provide an adequate supply of student housing forces people in need of affordable housing to compete with students for the town’s limited supply of lower priced housing. Those demanding an increase in affordable housing should begin with UNC and insist that it provide not only adequate student housing but housing for its many employees who can’t afford to live here — the land on which that housing is built, as well as land for additional affordable housing. Many hospitals, understanding the physical and mental health impacts of the lack of safe and secure housing, have built housing for vulnerable community residents. UNC should be no exception.

Housing has come to be regarded as a speculative commodity. It should not be. Real Estate Investment Trusts (REITS), hedge funds and pension funds find housing a lucrative investment. (Many of us might be surprised to find out that our own pension funds or investments are engaged in such speculation.)

One must ask: Who benefits the most from rentals? Subsidized rentals simply funnel taxpayer dollars to developers and contribute to the widening wealth gap. Apartment rentals produce the greatest returns on developers’ investments but don’t create secure housing. The homeless, mobile home residents, the vulnerable, the poor, the missing middle all need permanently affordable and secure housing — which offers the opportunity to build wealth that will enable them to move out of poverty and pass wealth to the next generation. Apartment rentals do not provide that opportunity.

While there is a need to provide a spectrum of housing, the most empowering method is to move people from rental housing to homeownership, whether it is ownership of a tiny home, or mobile home on land residents own jointly (co-ops, community land trusts, land banks) or on permanently affordable land with a 99-year heritable lease from a locality, hospital or faith institution, or individual ownership of a modest home.

If one rents an apartment for $1,500 a month, after 20 years one has spent $360,000 — and is still housing insecure because illness or job loss will result in homelessness. In addition, that person has spent almost twice as much money as they could have spent to own a home.

A radical shift in who decides what gets built and who controls affordable housing is needed to accomplish real equity and to lift up those at the bottom and make it possible for them, as well as the missing middle, to enjoy the security and benefits of homeownership and family wealth building.

For the haves to keep the have-nots dependent, and to profit from their dependency, is not equitable. It is morally reprehensible, and it must end. Localities must end their collusion by developing policies that make such exploitation impossible and by allowing those who need affordable housing to control the decision-making process to create a spectrum of housing that meets their needs and ends economic dependence.

Linda K. Brown is a retired educator who moved to Chapel Hill in 2018 from Baltimore, where she was a founding member of the religiously, racially and economically diverse group of North East Baltimore residents that founded the North East Housing Initiative, a community land trust that creates permanently affordable for-sale shared equity housing in northeast Baltimore.