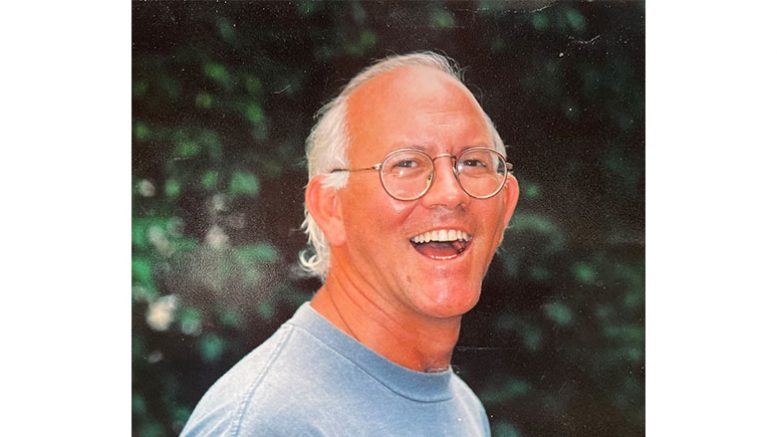 David Lawrence Robert passed away peacefully and suddenly at his home in Chapel Hill, North Carolina, on January 10, 2022, at the age of 72.

Throughout his life, David was a man of quiet generosity. He had an insatiable curiosity and love of life, embracing culture, art, and music of all kinds. He had a true genius for friendship, and wherever he went, he made a new friend and left an indelible mark – from Chapel Hill to Beaufort, North Carolina, to Costa Rica. Everyone who met him instantly recognized a friend in his kind, smiling eyes.

David graduated from the University of North Carolina at Chapel Hill in 1971 with a Bachelor of Arts in philosophy. He loved his alma mater and was immersed in the community starting at an early age as a student, during which time he worked at the bohemian Harry’s Restaurant, and later made Chapel Hill his home for life.

The music scene in Chapel Hill held a very special place in David’s heart, for music, in many ways, was his life’s work and passion. For years, David was co-owner and manager of the Cat’s Cradle, long an influential music venue that launched the careers of many singer-songwriters. David was a true ambassador and advocate for musicians in the community, both as a mentor and financial backer, doing all he could to promote talented artists and to present major touring acts of the 1970s and 1980s. He was a musician in his own right as well – a singer-songwriter with many recorded albums on his record label, Moonlight Records. In 2014, he donated his vast collection of music memorabilia and sound recordings to the Southern Folklife Collection at UNC’s Louis Round Wilson Library.

David was a constant presence in the Chapel Hill community. One could see him on his long daily walks with his faithful four-legged companion, Louis Armstrong, taking meandering routes throughout the campus, most especially through the Coker Arboretum and around town to the post office or coffee shop.

The coast held a special place in David’s heart, and for 30 years he owned a second home in Beaufort, North Carolina, where he enjoyed surfing, kayaking, and walking in the Rachel Carson Reserve. David’s love of the water took him to Costa Rica in the mid-1990s where he surfed and managed a 50-acre teak tree plantation. He loved the Tamarindo Bay sunsets and sang of them often. Yet the first coastal town he called home was Biarritz, France, where he spent a year post-college, earning his status as a well-known Francophile. He later built upon his experiences there in his 2013 novel Accidental Death in Biarritz.

As many knew, for years David changed his home voicemail each day to include a quote of the day. As cell phones became more popular, he stopped updating his machine daily, rather opting for this recording: “Hello, today’s message comes from Wallace Stevens and reads: ‘The old brown hen and the old blue sky/Between the two we live and die.’ If you have a message, please leave it at the tone. Thank you.” Other daily quotes came from authors such as Walker Percy and Mark Twain.

In the fall of 1994, David founded the Dead Mule Club in Chapel Hill, named in honor of his dear friend Jerry Leath (Jake) Mills’s essay, Equine Gothic: The Dead Mule as Generic Signifier in Southern Literature of the 20th Century.  Today, this West Franklin Street watering hole is open to anyone who loves good food and drink, merriment, and togetherness. His Chapel Hill community truly was his family, and he nurtured those relationships with unconditional support and love.

David was born in Greenwich, Connecticut, on February 5, 1949, to Ann McCormick and Lawrence Wood Robert III. He is survived by relatives and countless friends across the world who loved him dearly and cherish his memory.

As a dedicated philanthropist, David gave to many charitable organizations, most related to the arts and environment. In remembrance, please send donations to the Coker Arboretum at the North Carolina Botanical Garden, where he walked every day. Address: 100 Old Mason Farm Road, Chapel Hill, NC 27517 | Website: ncbg.unc.edu/visit/coker-arboretum/

A celebration of the life of David Robert will take place in the spring.