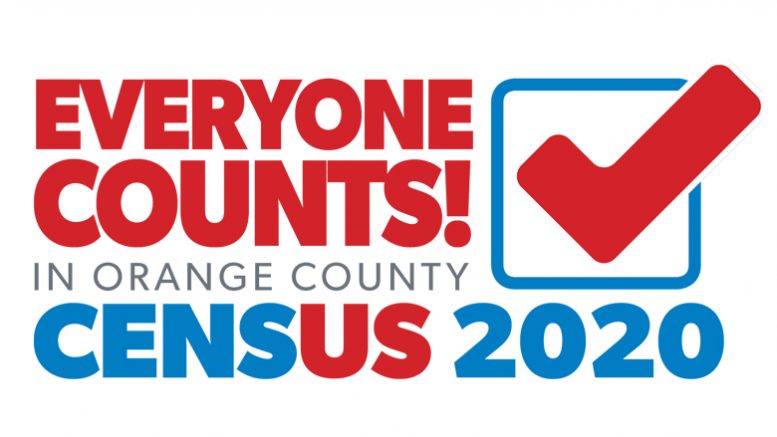 How has the coronavirus pandemic affected the census count in Orange County?

It could be helping.

“I think the response so far seems to be going pretty well,” said Todd McGee, Orange County’s director of community relations. “We’re hoping that people being kind of stuck at home, looking for things to do, will make the census one of those things.”

McGee said he hopes shelter-in-place orders will help increase response rates to this year’s census, the first ever to be conducted primarily online.

The Census Bureau last reported Carrboro’s self-response rate as 56.1 percent and Chapel Hill’s as 53.3 percent, respectively, despite the cancellation of kick-off events scheduled for March 29 to spread awareness of the census and the closure of more than 15 “be counted” stations in Orange County where residents could have accessed computers at no cost to respond to the census.

Because of the global COVID-19 pandemic, the U.S. Census Bureau announced on March 28 it would delay all field operations until April 16 and will not begin interviewing homes who haven’t responded to the census online, over the phone or by mail until May 27.

Pam Hemminger, the mayor of Chapel Hill, said the census is important for Orange County because every person who responds to the census translates into roughly $1,600 in federal funding for the community in which they live.

“It’s for things like community block grants,” Hemminger said. “It’s for transit, it’s for helping your public housing. It’s for all kinds of grants that we get for helping in social services.”

Hemminger said both Orange County and North Carolina as a whole have grown significantly in the last 10 years. Renee Price, an Orange County commissioner, said this growth has made the 2020 census particularly important for North Carolina because it may mean another congressional seat for the state in the U.S. House of Representatives.

“The count is the count,” Price said. “That’s why we’re going to try to take advantage of the extended period and continue to talk it up.”

McGee and Price both serve on Orange County’s Committee for a Complete Count, a volunteer organization that promotes the census, especially among groups with traditionally low response rates.

Hemminger said those groups typically include immigrants and people in rural areas who may have trouble accessing the internet. McGee said although they may be reluctant to respond to the census, members of those groups often stand to gain the most from public spending programs that use census data to allocate funding.

“We want to make sure those communities understand that a lot of times they benefit directly by participating in the census,” McGee said. “It’s not a big brother-type situation, it really does end up being a helpful thing for them to respond.”

Hemminger and McGee also both identified UNC-Chapel Hill students who live off campus as a group reluctant to respond because they are unsure whether to respond from their Chapel Hill residences or from their parents’ homes, where they may be sheltering in place.

“I think it’ll definitely be helpful to give some more time, especially for the college kids,” McGee said.

Orange County residents can respond to the census at https://www.orangecountync.gov/2092/Census-2020, by calling 844-330-2020 or by mailing a completed census questionnaire to the return address listed on the envelope it was mailed in. Respondents should ensure their answers were correct as of April 1, regardless of whether their residence or other information has changed since then.

McGee said he plans to continue promoting the census until it ends later this year.

“I just want to keep encouraging people,” McGee said. “They need to do it if they haven’t done it.”

Masks? The towns have you covered.

Be the first to comment on "Despite Pandemic, Census Counts on Responses"