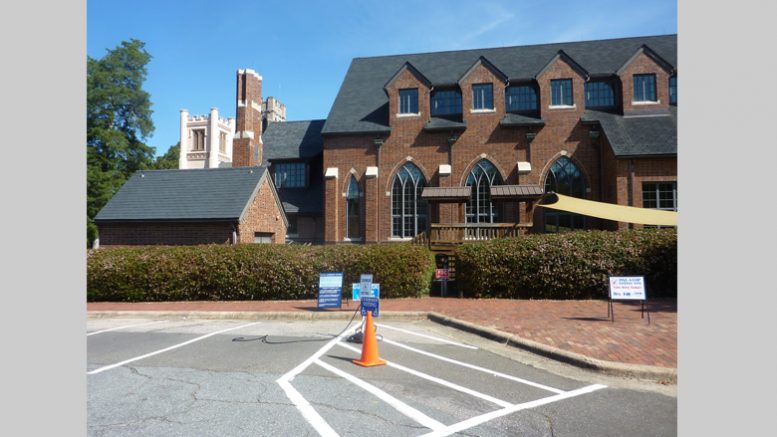 Chapel of the Cross, Chapel Hill

Where are the voting lines shortest during the early-voting period?

Try Chapel of the Cross at 304 East Franklin Street. According to the Orange County Board of Elections, so far it’s had the fewest voters of any of the six county sites. (The most popular location has been the Orange Works site in Hillsborough, while the University Place site has recorded the most votes in Chapel Hill.)

In less than a week of early voting so far, nearly 23,000 local residents have already cast their ballots, sometimes causing long lines and extensive waits at the polling stations. But a number of voters have noted that the waits at Chapel of the Cross have been minimal.

At the chapel, voting booths are in the parish house dining room/fellowship hall (the new building) behind the church that faces the UNC Coker Arboretum. Enter only through the back doors facing the arboretum and next door to The Morehead Planetarium.

Curbside voting for the physically challenged or ill or those at high risk is in the corner of The Morehead Planetarium parking lot closest to the arboretum and facing the Chapel of the Cross parish house.

There is free parking at the planetarium.