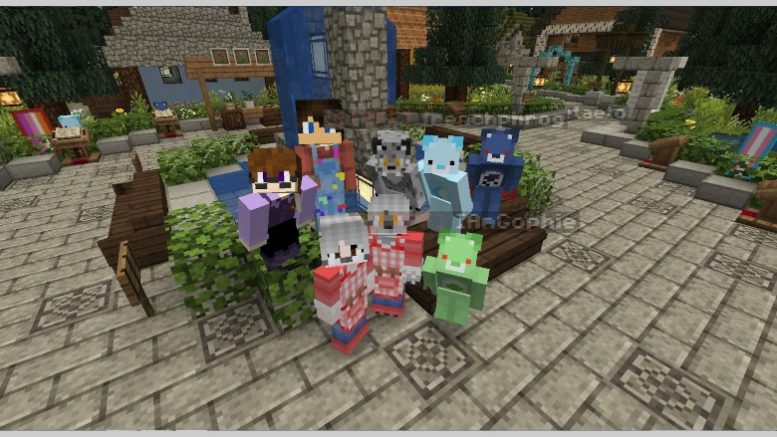 When COVID forced high school drama students to move to a digital stage, East Chapel Hill High School theater manager Hope Love kicked the creativity up a level. She and her students tapped the software used for the video game Minecraft and invited the audience to join them in the virtual environment.

“Audience members were provided virtual costumes and ushered through an immersive live world of Minecraft,” Love wrote in a news release, “having the unique opportunity for each of them to play the star of the show — Lil Red Mining Hood — and experience all the joys and perils of her journey, complete with a deciding role in the epic battle of Wolf vs. Grandma.”

Mohammad Awawdeh, a student who attended the play, said it was surprisingly fun. “I got to actually play as the character in the story,” he said, “which was really weird but pretty … cool.”

Over the past year of COVID, various school activities adapted to the new ways of life online. While musicians were able to perform individually in separate venues and have their voices or instruments melded together in Zoom concerts, drama students at two local high schools — East Chapel Hill and Carrboro — found new ways to entertain.

During the pandemic, students at ECHHS converted over 10 classic stories into modern renditions that cater to the virtual environment. When COVID restrictions canceled their live production of The Drowsy Chaperone, disappointed thespians at CHS decided to use this adversity to work harder on the new format.

The CHS Student Theatre Union created a series of original short stories, using the Zoom platform to their advantage. They titled the play Screen Time and incorporated common video call problems into satirical digital stories: people forgetting their mics were on, poor wifi connections and the struggle of guiding older relatives through simple technical problems.

STU member Kyle Lazer said, “It’s been a difficult journey from the cancelation of The Drowsy Chaperone to Screen Time, but I think in this challenging time, we made it work. Our guiding principle was to take our vision — short and funny one-acts — and make it translatable to a fully virtual format.”

The list of stories they created reveals how COVID has impacted them and how they translated those struggles into their own form of comedic art. Grandma, You’re on Mute, a satire on how COVID has affected communication, hilariously moves from serious, emotional conversation to random accidental mutes and digital background changes. Another act, Boomer Humor, is a comedy about how the generational gap between students and parents has been highlighted by forced isolation. It shows a Zoom meeting between parents in a wine-tasting group, where the “boomers” show their lack of knowledge of social media, saying things like “tic-tac” in reference to TikTok, and “Facechat” instead of Facetime. The impeccable comedic timing in this act drags the audience into semi-serious conversation, only to release the tension with verbal typos and out-of-date references.

Students at both schools obviously had to reformat their entire existing auditioning, sales and scheduling processes to cater to the digital environment. Brett Stegall, the theater director at CHS, said, “The producers and directors had to audition the show through Google Meet, then we had to cast it using the online platform Jamboard. After that, we used Google Calendars to schedule rehearsal, and sold tickets online using SeatYourself.” ECHHS took a similar approach, instead using its own ticket reservation service, eastservations.org.

ECHHS, in addition to its series of 10 virtual play readings using classic works from Edward Rostand, George Kaufman, Moss Hart and others, also held a One Act Play Festival in early 2020.

ECHHS drama students transformed the classic fairytale Little Red Riding Hood into something of their own, creating Little Red Mining Hood, an homage to the Minecraft video game supporting the reading. The students spent months creating their own game world, which served as the digital set, and even had a digital lighting setup.

Audience members could really tell the heart and soul that went into the set of the play, each individual block in the game world was clearly placed with purpose, and each object and building added to the feeling of interactivity.

Students put just as much effort into their virtual plays as they did their in-person performances. While they certainly made the most of their situations, all are looking forward to going back to the physical stage.

CHS theater student Benjamin Bosworth summed it up: “Virtual theater is a lot better than nothing, but it still can’t compare to the experience of playing out a show and acting in person.”