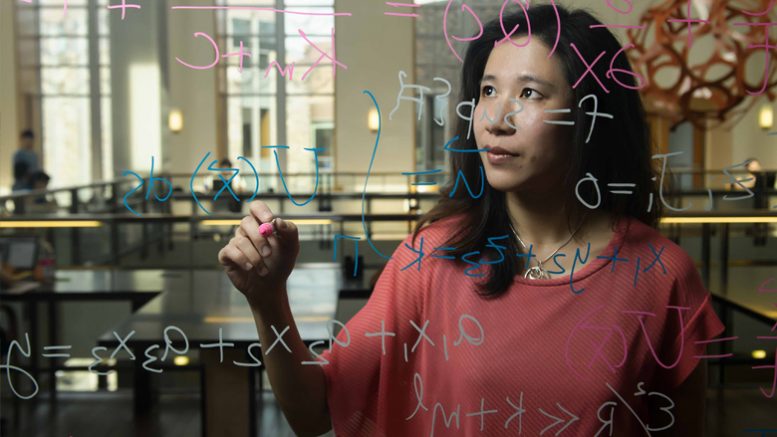 ’Tis the season for eating, drinking and being merry. It’s also a good time to keep a watchful eye on your blood pressure, with studies showing heart-related deaths increase by as much as five percent during December and January.

The good news is that high blood pressure can be treated as a preventative measure, and now Duke University researchers are suggesting a more fine-tuned approach to prescribing medications.

For the first time, a research team — led by Anita Layton, a research professor in Mathematics at Duke University and the Canada 150 Research Chair at the University of Waterloo — is using math to show that the best course of hypertension treatment is a ‘his and hers’ approach.

“The traditional one-size-fits-all model to prescribing high blood pressure medication is problematic,” said Layton, an advocate for ending gender bias in medicine. “When you look at men and women who are being treated for high blood pressure, you find that men achieve control at a slightly higher rate than women, putting women at a disadvantage,” she added, explaining that the advantage of men is even more striking considering that women actually have a higher rate of medication compliance.

Even though women with hypertension are more likely to seek treatment and follow their medication regimens, only 45 percent successfully get their blood pressure under control compared to 51 percent of treated men. Layton and her team set out to understand why.

In an article published in SIAM News, a publication of Society for Industrial and Applied Mathematics (SIAM), Layton discusses the team’s advanced mathematical formulas for simulating the physiological differences between men and women that are relevant to controlling blood pressure, and illustrates how they can be used to test the efficacy of current blood pressure therapies. For example, using the model researchers can show how ACE inhibitors — a common drug prescribed to relax blood vessels and reduce body fluid as a blood pressure control — interact differently in men and women, affecting the drug’s ability to lower blood pressure. The mathematical simulations can also be used to show how different drugs interact, ultimately affecting their efficacy.

“Simply put, some drugs will work better for women; it depends on which part of the blood pressure regulatory system you target,” Layton explained. “If you target one aspect where men are more sensitive, it’s likely the drug will be more effective for men and vice versa.”

Following publication of the team’s first set of sex-specific computational models for blood pressure regulation, collaborators — including Alicia McDonough of the University of South California, Jennifer Sullivan of Augusta University and David Cherney of the University Health Network, Toronto — are using the models to gain a better understanding of which drugs will be more effective in lowering blood pressure in female patients. The models can also be used by drug companies to screen new potential blood pressure therapies to determine which are most likely to succeed should they start the regulatory approval process. They can also be used to identify patients who are most likely to be susceptible to triple whammy, the term used for drug-induced renal failure that occurs in some hypertensive patients when they take certain painkillers.

After watching both of her parents and many other family members struggle to control high blood pressure and diabetes despite being in general good health, Layton is keen to see the medical community apply her team’s findings to offer sex-based therapies that highlight gender differences. The goal is to remove gender bias that often leads to misdiagnosis or inappropriate treatment in women in particular.

“Math is the new microscope, it allows you to see the human biological system in a new light and gain a better understanding of what’s really going on, in a very cost-effective and precise way,” she said. “Our hope is to raise awareness about the importance of considering gender when prescribing blood pressure medications, not just among clinicians, but among patients and caregivers as well.”

Layton – who sits on the Editorial Board of SIAM Journal on Dynamical Systems and SIAM Review – will be presenting some of her recent work at the 2020 SIAM Annual Meeting, which takes place in Toronto, Canada in July.