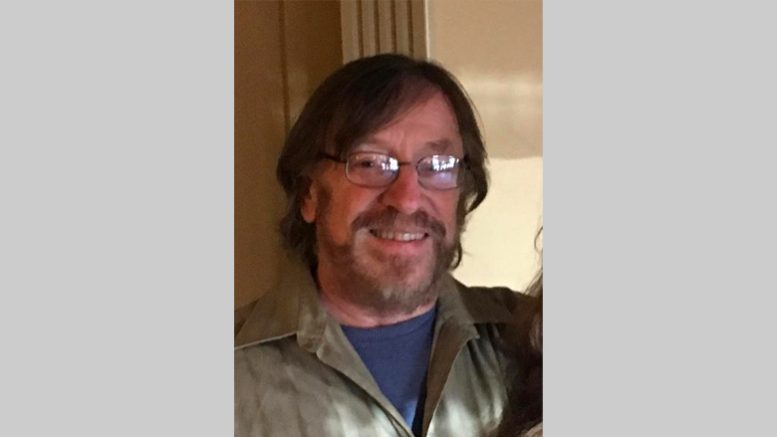 By Don Evans and Nancy Oates

Maybe you owe Alfred de la Houssaye money for the eggs, pecans, pies or pralines he sold at the Carrboro Farmers’ Market every Saturday for more than 20 years. Alfred was famous for saying, when people ran short of cash or weren’t prepared for the no-credit-or-debit-card sales system at the market, “Pay me next time. I’m here every week.”

Savvy customers knew they had to arrive at his booth early. The stacked cartons of eggs and bags of shelled pecans displayed on a simple card table went fast. But few customers left his booth without a free sample of something, whether it was a morsel of fresh-baked chewie or a slice of persimmon or an exchange of opinions on anything at all. He came well supplied with dad jokes that his daughter, Brianna, would endure as she worked by his side.

Alfred’s smile and happy banter could warm you on even the coldest, gloomiest days.

His customers may have noticed his recent absence from the stand — Alfred suffered a stroke shortly after Thanksgiving. He died Feb. 28 from its complications. He was 75.

Alfred was born and raised in Breaux Bridge, La., the oldest of three children. He studied biology at Louisiana State University, then went to Iowa State University for a fine arts degree. His brother, Abe, came to visit him in Iowa, and Alfred noticed Abe didn’t seem very happy. To cheer him up, Alfred proposed a trip to New York to experience life in the big city. It worked. Three weeks later, Abe moved to Manhattan, and Alfred followed, finishing his fine arts degree at Rutgers University.

Alfred opened a graphic design studio in Manhattan, where he enjoyed a successful career. Among his more visible successes is a landmark along I-95 in Virginia. He designed the logo for Potomac Mills Mall.

But the city was no place to raise children, he decided. He wanted to return South to be close to family in Louisiana, but that was too far away to keep his East Coast clients. North Carolina was a happy medium. He bought a farm outside of Siler City in 1995, and that’s where Brianna was born a few years later.

Alfred planted some pecan trees to make the place feel more like Louisiana and named his homestead Sweetwater Pecan Orchard. Experts at N.C. State University’s ag school warned that none of the trees would produce this far north, so he got some chickens as a hobby. Five years later, he was dealing with an avalanche of pecans, not to mention more eggs than he and his family and friends could consume. He started selling them at the farmers markets in Carrboro and Durham, as the only purveyor of pecans grown within a 50-mile radius, in accordance with the market’s rule.

Farming suited Alfred. He was very hands-on and enjoyed the life where it felt like he could do whatever he wanted. He transitioned away from graphic design and devoted more time to replicating recipes for the treats he loved growing up — pecan pies, pralines, pecan chewies and chocolate bars. He planted some fig trees and persimmon trees, and they fared well, too.

For the time being, Brianna will run the farm and the booth at the market. She plans to be back in business this month. Stop by and share your Alfred stories with her as you replenish your supply of pecans and fresh eggs.

Another Taste of India

1 Comment on "Eggs, Pecans and a Side of Banter"