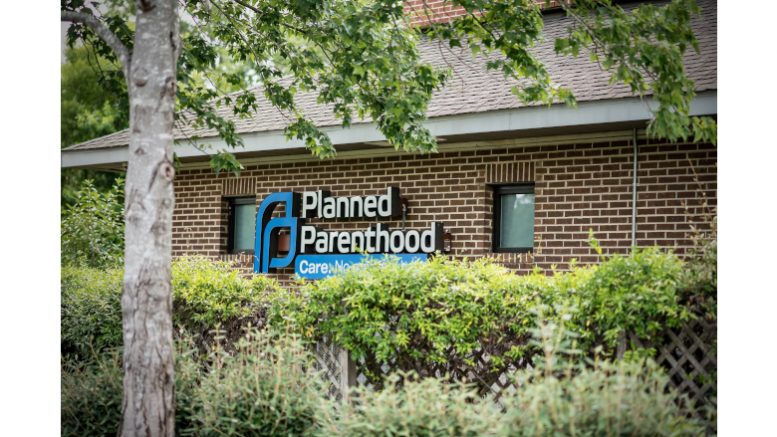 In North Carolina, women can still access abortion services, but reproductive health care providers like Planned Parenthood are bracing for an influx of patients from states with “trigger laws.” Photo by: Yuly Martinez

On June 24, the U.S. Supreme Court struck down Roe v. Wade — the landmark legal case that had enshrined a woman’s right to make her own healthcare choices for nearly 50 years — in a 6-3 decision that drew harsh criticism from elected officials, legal scholars and healthcare providers.

In North Carolina, women can still access abortion services, but reproductive health care providers like Planned Parenthood are bracing for an influx of patients from states with “trigger laws” — abortion restrictions that will go into effect as a result of the SCOTUS decision. Earlier this week, a federal judge lifted an injunction on a “Heartbeat Bill,” that makes abortions illegal in Tennessee after only six weeks of pregnancy.

“We are anticipating that volumes [of patients] will increase,” Dr. Beverly Gray, obstetrician and gynecologist, and founder of the Duke Reproductive Health Equity and Advocacy Mobilization team, said. “You’ve already seen that volumes have increased over these past few months as more restrictive bans have been put in place in states like Texas and Oklahoma. There is this tidal-wave effect of patients in those states going to nearby states.”

Maxine Eichner, a law professor at UNC-Chapel Hill, said the U.S. Supreme Court’s majority decision was based on an argument that the federal constitution doesn’t speak to the issue of abortion.

“The other potential route to abortion rights is to get the state Supreme Court to say that the state constitution has a right to privacy that protects access to abortion,” Eichner added.

Camille Berry, a member of the Chapel Hill Town Council, spoke at a pro-choice rally at Peace and Justice Plaza on Franklin Street on Saturday, June 25. Berry said she felt shock and anger when she heard the news of the SCOTUS decision last Friday, but immediately began thinking about how to transform those overwhelming feelings into political activism.

“My reaction is that we should use that shock to galvanize ourselves — to make it a catalyst for taking action, not shocked into inaction,” Berry said. “This is a call for us to move beyond the comforts of our our circles that we know and getting to the polls.”

“We need to go outside of our area here in Orange County, and southern Orange County,” Berry added. “We’re in a bubble where many people think very similarly. We need to get beyond that and we need to help those who have been somehow convinced that their vote does not matter — that it couldn’t tip the scales — we need to remind them that it does.”

Berry said she believes change doesn’t occur before pain, and the pain of the U.S. Supreme Court’s decision could be the driving force in changing our state’s political landscape.

“We have got to do our part and we’ve got to vote for for candidates who have proven — not just talked about — but proven that they are for the values that we seek,” Berry said.

Rep. Allen Buansi, who represents Orange County in the N.C. General Assembly, also spoke at the June 25 rally at Freedom and Justice Plaza. Buansi is one of 33 co-sponsors of N.C. House Bill 1119, which would codify Roe v. Wade into state law. Like Berry, Buansi expressed his hope that the public outrage over the U.S. Supreme Court’s decision could be drive more voters to the polls in November, which could potentially lead to a power shift in Raleigh.

Rep. Buansi stressed the importance of having a General Assembly that actually reflects the will of the people by ensuring fair maps through gerrymandering reform and the protection of voting rights, “so that we can ensure that we have a legislature that represents what folks want and abortion access is something that clearly a majority of North Carolinians want,” he said.

Rep. Buansi said North Carolina is fortunate to have a governor who has consistently supported the reproductive rights of all women.

In a statement released June 24, Governor Roy Cooper stated, “For 50 years, women have relied on their constitutional right to make their own medical decisions, but today that right has been tragically ripped away. That means it’s now up to the states to determine whether women get reproductive health care, and in North Carolina they still can.”

Rep. Buansi said that men need to be reminded they are critical to the cause of protecting women’s reproductive rights.

“What we should be doing is educating ourselves — to support women and making sure that they have all the rights and full citizenship that they deserve,” he said.

Berry said women woke up on June 24 with far fewer rights than they had when they went to bed the previous night, and we must never forget the sacrifice of those who came before us.

Prof. Eichner concurred with Berry and Buansi, stating the most important thing that North Carolinians who care about reproductive rights can do is vote for candidates that reflect their values, including Roy Cooper.

“If the Republicans gain a veto-proof majority and an anti-choice governor is elected in 2024, we’re going to lose the few rights that we have to choose abortion,” Eichner said. “A woman’s right to abortion access is balanced on a knife’s edge here — it’s really dependent at this point on the governor’s veto. That’s all we have right now.”