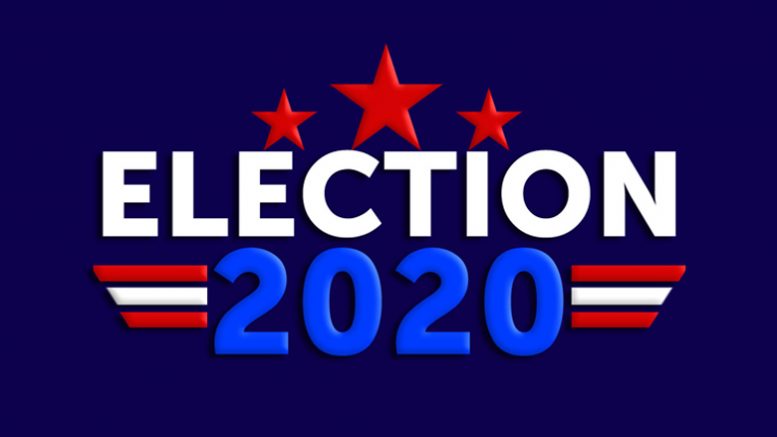 It’s Election Day and local officials say they are prepared to handle any potential violence at the polls and want voters to be reassured of their safety.

“We should all feel safe going to the polls to cast our vote. We cannot let fear or intimidation stop us — it’s too important,” said Orange County Sheriff Charles Blackwood in a video message. “I will stand with you on election day and do my part to protect your right to be heard because I believe voting matters.”

In August, Blackwood and Chapel Hill Police Chief Chris Blue began conversations about how to best handle the contentious 2020 election period and any related issues that could occur at polling sites, according to Alicia Stemper, director of public information with the Orange County Sheriff’s Office.

“Both agreed a strong law enforcement presence at the polls was not necessary or desirable, but it would be appropriate to maintain vigilance and the ability to respond quickly to any problems,” said Stemper.

Chapel Hill Mayor Pam Hemminger expressed a similar sentiment, saying that though early voting went peacefully, this Election Day raises more concern than in previous years. Hemminger said that was due to a combination of the increasingly polarized nature of the election and tensions related to the coronavirus pandemic.

“This year has been much more polarizing,” said Hemminger. “People are already stressed due to COVID-19, tensions are running high and people may not be able to remain as calm.”

Even so, Hemminger said she agreed that too strong a presence of uniformed officers at polling sites could frighten voters and that a focus on vigilance would be sufficient. The town also has worked with UNC and made plans for how to handle potential violence at post-election protests.

The Town of Carrboro has already dealt with election unrest. The Carrboro Police Department responded to several calls for service to the community’s early voting site, at Town Hall, but it was nothing more than harsh words and a scuffle, said Captain Chris Atack.

“I think this is a more energized election, we’ve seen more people who are vocal and we are seeing that reflect the national mood,” said Atack. “North Carolina is a swing state, so I think …  a lot of people are impassioned [and] we are getting some more concerns about the passion in the election, maybe manifesting in some not good behavior.”

Carrboro police have been in touch with election officials and plan on having all divisions —patrol officers, community services and criminal investigations — present today in case they are needed.

Atack emphasized the importance of etiquette on Election Day.

“Be polite, you are probably going to encounter people who have different political views than you and the tendency can sometimes be to want to engage in debate or argument and that is certainly someone’s right to do that, but just focus on the voting, focus on exercising your right and encouraging those around you to vote as well,” said Atack.

“I think that it’s important for folks to have the right to speak for what they want and that’s the whole point of voting.”

Be the first to comment on "Election violence? Local officials say they are prepared."