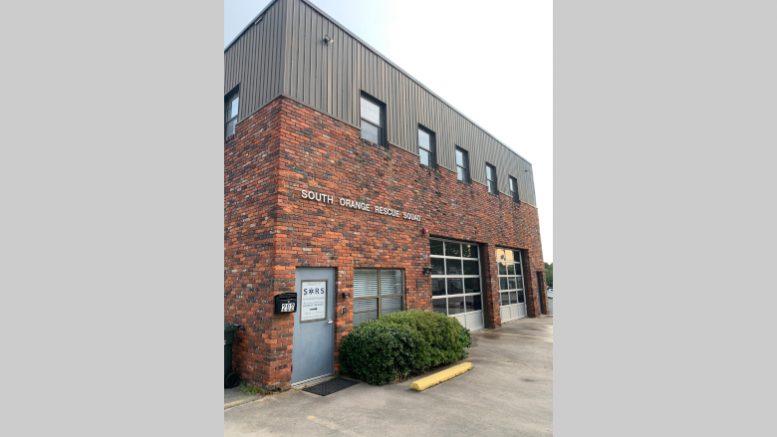 When a call comes in for Orange County Emergency Medical Service, paramedic Rachel Thomas relies on the technical knowledge she learned in the emergency medical technologist training she received and the paramedic course she completed at Durham Tech. But sometimes what the people she and her team rush to help appreciate most is her heart.

Orange County EMS has stations throughout the southern part of the county to ensure fast response times for everyone, no matter where they live.

EMS runs an ambulance from Chapel Hill Fire Station 2 on Hamilton Road and Carrboro Fire Station 1 off Main Street and Station 2 on Homestead Road. There is also an ambulance, called Medic 7, running out of New Hope Fire Department, off Highway 86 between Chapel Hill and Hillsborough. At times, there will be an ambulance running out of Orange Grove Fire Department. All of them staffed by skilled EMTs like Thomas, who keep calm and focused under difficult circumstances.

Orange County EMS has a data-driven service to sort out which ambulance or station should respond to what call.

“We use what’s called the Emergency Medical Dispatch System,” Woodward said. “We pulled a lot of data, five years’ worth of our data, and we traced those emergency medical dispatch [EMD] determinants that would typically lead to a BLS disposition.”

The county’s Basic Life Support policy says a call that meets that EMD determinant will be assigned to a BLS ambulance, provided that ambulance is within 20 minutes of the emergency.
Given the multiple locations over a wide service area, Orange County EMS has a rather rapid call response time.

“Typical average response time is about 10 minutes,” Woodward said. “We also have first responders that have a much faster response.” Woodward said the top EMS calls are sick person calls. “This is a catch-all that covers general weakness, flu-like symptoms, nausea or vomiting, and so on. Our number two call is injury from falls.”

Thomas said that a lot of what she sees daily that would bother non-EMS workers has become routine for her, but witnessing certain things never gets any easier.

“A lot of who we deal with is the geriatric population, people who are trying to live at home but have mobility issues,” Thomas said. “You see some pretty hard cases where people are [trying to get by on their own], but don’t have the mobility to stay at home.”

Woodward added that before the Orange County Department of Aging instituted programs to help senior citizens safely age in place, “we would have to go multiple times [to a home] and sort of see the decline of someone’s health.”

“Folks are, a lot of times, very afraid to call 911; they don’t want to burden us, or they’re afraid that they’re going to be taken from their home and go into a nursing home,” she said.

The most difficult calls tend to be whatever “hits closest to home” for a particular worker, Woodard said. Often, those are pediatric responses or witnessing an individual being constantly transported back and forth from the hospital.

The COVID-19 pandemic put a strain on Orange County EMS, especially in the beginning. Last March, Woodward met with the Orange County medical director, the communications director and Orange County Fire Departments. The team made the difficult decision not to send first responders to anyone who tested positive on the Emergency Infectious Disease Surveillance tool.

Only Orange County EMS responded to those calls.

The county medical director and first responders wanted to limit the number of providers exposed and to preserve PPE, which was in short supply, Woodward said. “It’s really worked, we’ve responded almost 3,000 times to calls of that nature since the pandemic began … and we’ve had zero bad outcomes.”

No workers had to spend any time in quarantine due to patient expose, she said. Instead, most of the staffing issues came from community exposure — someone at a station or a family member testing positive.

Early on in the pandemic, Orange County EMS was able to strike a deal with an environmental company that makes P100 masks made of silicone that filter out 100 percent of particulates in the air.

However, this didn’t mean that grappling with the pandemic was easy. Woodward said EMS was hit hard.

“A lot of folks had to work a lot of hours, and we did go down ambulances at times just because we didn’t have enough staffing,” Woodward said.

Orange County EMS was able to mitigate some of this by hiring and training BLS providers as needed. Woodward said South Orange Rescue Squad was a tremendous help as well.

But even without COVID-19, EMS workers face a multitude of dangers on a daily basis.

These factors are perhaps one of the biggest reasons for Orange County EMS’s high worker turnover rate. But more than anything, Woodward said many workers move on to physician assistant or nursing careers or attend medical school, where salaries are higher and working conditions are safer.

Thomas said she hadn’t originally planned to work in EMS, but she quickly found it was the right career for her.

“I think a lot of people kind of fall into EMS, not really intending to be their career, and it’s been working out so far for me,” Thomas said.

Multiple factors keep her in it: It’s not at all a “normal” 9-to-5 job, and she has developed strong bonds with her co-workers.

“It’s different every day; you come to the station, and you never know what’s going to happen. You can have a totally chill day or have a totally crazy day,” Thomas said. “[Another reason is] I really love all my co-workers. It’s a really great supportive community. We laugh a lot, we have a lot of fun together, we’re really supportive of each other.”

As hard as being an EMS worker can be at times, Thomas understands she is making a true difference in people’s lives, and that helps keep her going.

The ArtsCenter Receives Record $1.6 Million Grant from the Nicholson Foundation

A Talk with the New Superintendent

COVID-19 Shines Light on the Importance of Literacy

Be the first to comment on "EMS Comes Through, Despite Challenges"