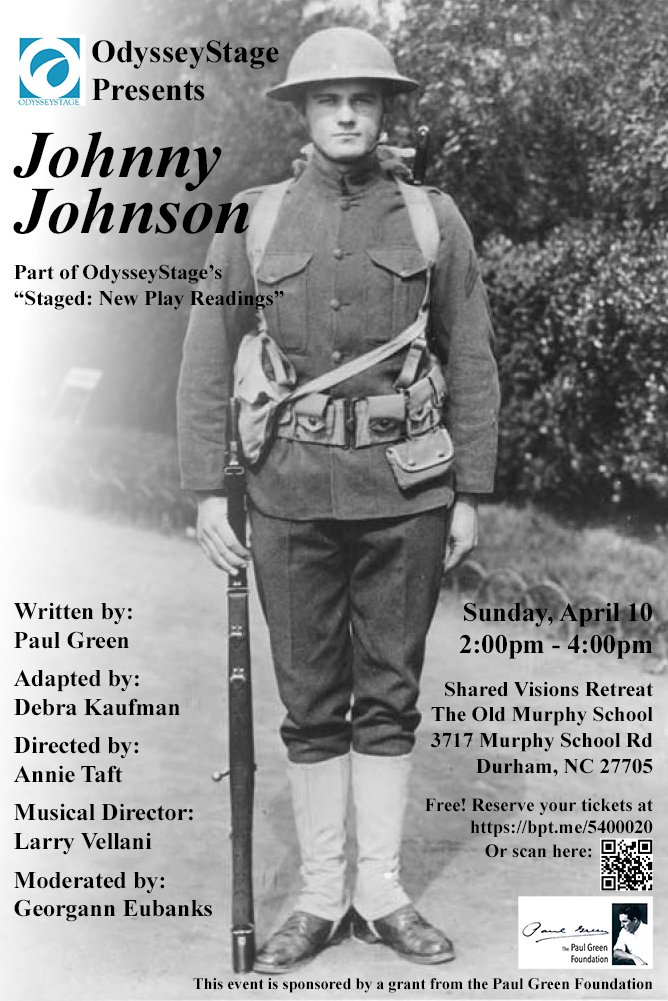 Debra Kaufman’s adaptation is presented as a staged reading by OdysseyStage. An idealistic young man joins the army expecting to stop World War I as he maintains his belief in human goodness. The original play premiered on Broadway in 1936 with music by Kurt Weill who had fled Nazi Germany.