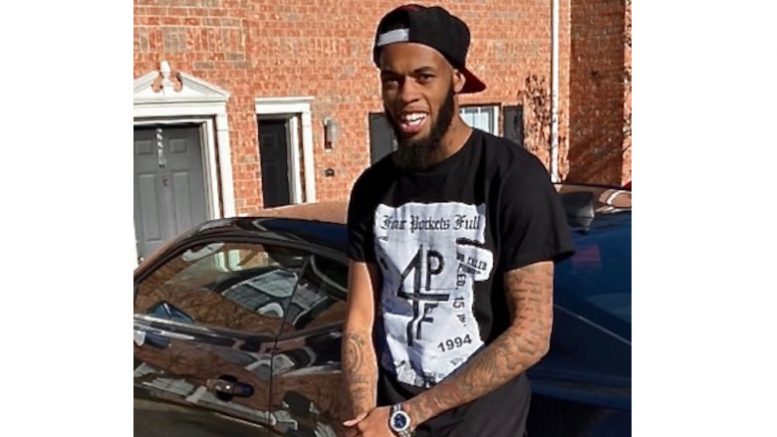 The family of TaeVeon Michael Ja’ Quentin Young — the 23-year-old man who was fatally shot at the entrance to the Bridges of Chapel Hill Apartments located off DPW Club Road in Carrboro on January 31 — announced last week they are offering a $5,000 reward to anyone who comes forward with information that leads to an arrest in the case.

“The reward is for anybody that might have seen anything that night as to what happened,” Takeschia Bullock, TaeVeon’s mother, told The Local Reporter. “If they could come forward and just let the detectives know what took place or whatever they [saw] because we definitely want to make sure that whoever is responsible for this is behind bars and justice is served for TaeVeon.”

Bullock described the events of January 31, 2022, as a parent’s worst nightmare.
“I received a phone call — one of TaeVeon’s friends to let me know that TaeVeon had been taken to the hospital,” Bullock recalled. “As soon as I got the call, I went immediately [to the hospital] and when I got there, I pretty much got the news — exactly what happened and the severity of the situation.”

After being shot, TaeVeon Young was taken to N.C. Memorial Hospital in Chapel Hill. Young succumbed to his injuries and passed away the following day.
Bullock said last 24 hours of her son’s life feel like a blur.

“It was confusion,” she said. “It just seems like everything just happened so fast.”
Nearly six months later, Bullock said she still struggles to understand what happened on that fateful night, and why it had to happen to her son.

“It was just confusing because TaeVeon is such a great person that we just couldn’t understand like — how something so severe like this could happen to him,” Bullock said. “Everybody loved TaeVeon — TaeVeon was a very helpful person — a great person, a great dad. Anything he could do as far as helping in the community, he did that. So for this to happen to him — it’s just like, how and why?”

Bullock said it is her understanding TaeVeon was visiting a friend who lived at the Bridges of Chapel Hill Apartments located off DPW Club Road when the shooting occurred.
Bullock said she believes the shots were fired from outside the vehicle and one of the bullets struck TaeVeon. Bullock said she and her family have been very engaged with the Carrboro Police Department, and she routinely reaches out to the detectives working on the case to request updates.

“Well, they still working but it’s just, overall to be honest, it has not been a great experience,” Bullock stated.

Bullock claims it took more than a month after her son’s murder for the information about the incident to be released by Carrboro P.D.

“I’ll follow up myself as far as things that have been going on, but if I don’t follow up, I don’t hear anything,” Bullock added. “I do feel like the investigation could have been handled a little different in the beginning with the initial interaction with the police at the hospital.”
Carrboro Police Chief Chris Atack issued a written statement regarding the department’s investigation of TaeVeon Young’s murder.

TaeVeon Young is survived by a fiancé, Bryanna Taylor, and two children —
Zoe, age 4 and Peyton, age 3. TaeVeon Young was the eldest of nine children, so his tragic death has left a tremendous void in the community.

“He was a gem to the community and to his family,” Bullock said. “I definitely want to get a message out that whenever someone decides to commit a crime or to do anything, think about the people that’s left behind.”

“Because when they took TaeVeon, they took a piece of me and I’m left here trying to, you know, still deal with life after the fact, so they didn’t just hurt him,” Bullock continued. “They hurt his siblings, his grandparents — everybody that’s still here. So just think about these things before you decide to take someone’s life.”

Carrboro Police Department encourages anyone with information about the TaeVeon Young case to please call CrimeStoppers at (919) 942-7515 or visit: http://www.crimestoppers-chcunc.org.

Be the first to comment on "Family of TaeVeon Young Offers $5,000 Reward for Information Leading to an Arrest in Murder Investigation"