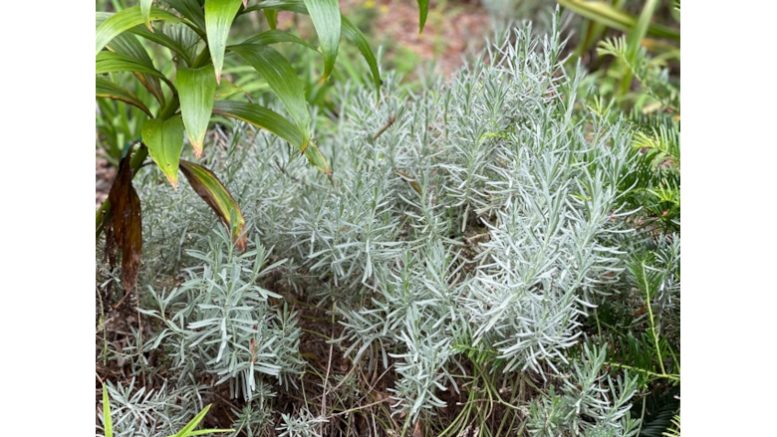 After I compiled my list of “favorite things,” I realized that I had omitted several plants that I could not live without. All this is occurring during my annual garden appraisal. These plants demand little from me, an aspect I increasingly appreciate as I age.

Long ago, in the midst of my tropical plant mania, when I was besotted with large leaves, I discovered Fatsia japonica. These wonderful evergreen shrubs always begin as youngsters in two large planters by my front door, residing in regal fashion for two years before claiming their final site in the garden. An Asian native, Fatsia makes few demands, has never attracted any pests in the sixteen years I’ve maintained this schedule and is a welcome decoration on my small front porch. In the spring, pot it up, water it thoroughly when the soil becomes dry, give it some shelter from direct sunlight and watch it grow. At the beginning of the second year, I throw a little timed-release fertilizer on it while maintaining the same schedule.

After the second year, the Fatsia will want to stretch its legs so release it from its prison, planting it in a semi-shady spot where you can admire its evergreen foliage in the winter. Like most evergreens, Fatsia will shed approximately one-quarter of its leaves – for Fatsia that time is in April. Do not despair, this is totally normal behavior. In October, it will display flowers that are a bit bizarre, reminding you that this is one plant you grow for its leaves, not its blooms.

Best of all, you have a choice of several different types of Fatsias. The most prevalent is the all-green one. There are several variegated cultivars, including the popular ‘Spider’s Web.’ Be sure to look at the height estimations as they can vary widely. I have found that several of the variegated ones are considerably shorter than the all-green version – in fact, I have one anchoring a section of my perennial border. Fatsia is also responsible for another plant I love: Fatshedera lizei, a marriage between Fatsia and English ivy. Now, before you yell at me about the dangers of English ivy – and, yes, it is an invasive species – please note that Fatshedera has inherited the noninvasive qualities of Fatsia. It does not seed all over the place and it does not grow out of control. Instead, it bears the leaf shape of the English ivy that come in several variegated hues. Train it on a four-foot trellis – it doesn’t climb like English ivy – and it will be very happy.

As I write this, Begonia grandis is at its height of performance. I have a particular fondness for begonias but this Japanese begonia is the one I want in the garden. This is an incredibly hardy begonia and your only decision will be whether you want the one bearing white flowers, B. ‘Alba,’ or the one displaying pink flowers, B. ‘Pink Teardrops.’ Reportedly, it prefers a semi-shady location but it also has fared well in areas that receive more direct sun. What I love about this plant is that it serves both as a lovely groundcover and an as accent plant. In the early autumn, after flowering, it will form bulbils in the axis of the stems. These will drop off the mother plant and soon you will have a multitude of begonias.

However, do not panic as this is a plant that not only seemingly knows where it should tactfully sprout but also is very easy to pull out, so weediness is not a problem. A mature B. grandis can reach a dramatic height of two feet – a lovely autumn sight when it’s in full flower. Simply collect the bulbils, bulb-like structures that are clones of the mother plant, and scatter them around the garden to form new plants in the coming spring.

The last plant on my list (for now) is Lavendula x intermedia ‘Phenomenal.’ For years I yearned to grow lavender, only to have it wimp out during our long hot, humid summers. It frequently refused to return the following spring or was so woody that it no longer resembled the lavender of my dreams. With the introduction of ‘Phenomenal,’ my lavender life changed; for four straight years I have been able to nourish several lovely lavender clumps.

Lavender is wonderful in the garden. First, the grey-green color provides contrast to the green of the garden. Second, I love its rather unruly shape, and third, there is that wonderful aroma emanating from the flowers and the leaves. I simply cut back ‘Phenomenal’ in the early spring – and she has rewarded me with new leafy growth for the past four years. What more can you ask of a lavender?

These plants suit me perfectly but they might not be among your favorites. The point of this exercise is not to point out that I’m right and you’re wrong but, rather, to encourage you to evaluate the plants in your own garden, detailing your favorites. This is just one method to use on your way to creating your dream garden.

There’s More to Coreopsis Than Meets the Eye

Be the first to comment on "Favorite Things – Part 2"