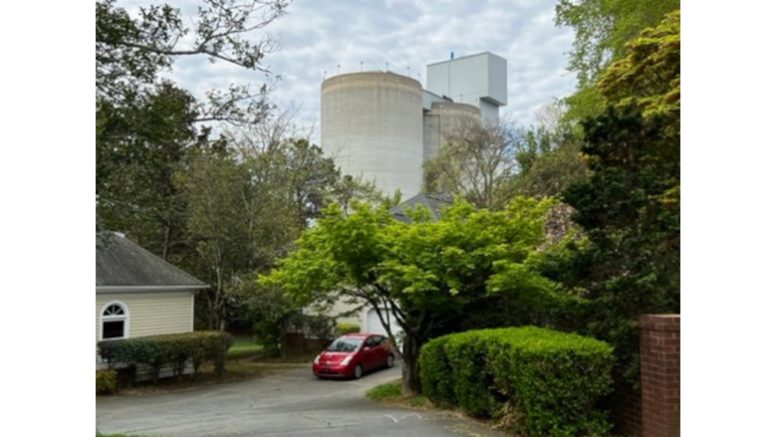 The Town of Carrboro, the Center for Biological Diversity, (CBD) and the Sierra Club are tired of waiting for a response from the Environmental Protection Agency (EPA) regarding a petition they sent over a year ago asking the agency to enforce The Clean Air Act to mitigate toxic emissions coming from the University of North Carolina’s (UNC) cogeneration power plant in Chapel Hill.

The conservation organizations and the Town of Carrboro objected to the August 2021 permit issued by the North Carolina Division of Air Quality (DAQ) because it places no limitations on how much coal UNC can burn at one time and claims that the permit is “inadequate” for a number of reasons outlined in the notice of intent:

“The people of Carrboro and Chapel Hill can’t wait any longer to be protected from this deadly, unlawful air pollution,” said Perrin de Jong, a staff attorney at CBD, in an interview with The Local Reporter (TLR), a statement that also appeared in a September CBD press release.

“Since the state of North Carolina failed to protect the people of Carrboro and Chapel Hill, it is up to the EPA to step in and enforce the Clean Air Act,” de Jong told TLR.

“EPA’s failure to provide a timely response to our petition objecting to the ineffectual air permit issued by the North Carolina Division of Air Quality exposes Chapel Hill and Carrboro communities to dangerous levels of air pollutants,” Mikaela Curry, senior campaign representative for the Sierra Club, said in the same release issued by CBD.

A background of permitted toxic smoke and UNC transition efforts

UNC committed to ending the use of coal by May 2020.  That target morphed into a plan to be emission-neutral by 2040, as stated in UNC’s Sustainable Climate Action Plan. This plan was published by UNC in April 2021 while the university was being sued for violating the Federal Clean Air Act.

After rescinding its 2020 pledge, UNC bears the distinction of being the only institute of higher learning in North Carolina still operating a coal-burning power plant.

“The University is committed to its transition from coal use at the cogeneration facility, as demonstrated by the 52% reduction in coal use from 2007 to 2020.

“The University’s Sustainable Climate Action Plan, which moves up the target for net-zero greenhouse gas emissions by a decade to 2040, details several new strategic initiatives to accelerate Carolina’s reduction in greenhouse emissions, including ending coal use at the facility as soon as feasible.”

Anti-coal protesters and students reacted with a demonstration and a march held on March 25 as part of the 2022 Global Climate Strike to object to the timeline of the goals and benchmarks in the University’s Climate Action Plan.

Piehler gave TLR an update on UNC’s progress since last April, saying, “Sustainable Carolina publishes both annual emissions reports and sustainability reports that provide a timely assessment of progress toward our goals using the strategies detailed in our 2021 Climate Action Plan. The reports and Climate Action Plan are all available under the reports tab at sustainable.unc.edu.  The next emissions report will be released in the coming weeks.”

A CBD analysis based on expert air-quality modeling takes the new state-issued permit for UNC’s coal plant to task for nitrogen oxide and sulfur dioxide pollution at levels “up to four times greater than allowed by the Clean Air Act.” CBD’s position is that the effects cover nearly all of the UNC-Chapel Hill campus and numerous area residential neighborhoods.

According to the CBD Press Release, UNC’s coal-burning power plant “also emits brain-damaging mercury and lead, as well as hydrochloric acid,” further stating that the university gets its coal from Appalachia. According to the EPA, damaging mining practices in Appalachia poison streams, endanger wildlife and create other harms to the environment.

Carrboro Mayor Damon Seils commented to TLR, “The most important concern is the impact on our local air quality. It is an environmental justice issue, an air quality issue and a climate change issue.”

The issue of environmental justice arises due to the UNC coal plant’s location on Cameron Avenue at the border of Carrboro and Chapel Hill. Its proximity to historically Black neighborhoods, such as Pin Knolls and Northside, among others, has given local officials cause for concern from that perspective.

Seils added, “I would like for the leaders of the state level to untie UNC’s hands to allow them to transition away from coal.”

“The Town of Chapel Hill shares Carrboro’s concerns and their interest in having the University fully transition to clean, renewable energy as expeditiously as possible. We also want to make sure that until it is phased out, the co-gen plant is meeting air quality standards,” said Jeanne Brown, aide to Mayor Pam Hemminger of Chapel Hill, via email to TLR.

“Town Council has spoken up on this issue to the state and we have shared our interests with the University on many occasions—both as a singular issue and as part of our overall climate action goals,” Brown explained.

What the EPA says

During a speech at CERAWeek, EPA Administrator Michael S. Regan said “ … power plants remain the largest stationary sources of harmful pollutants like nitrogen oxide and sulfur dioxide.” In addition, Secretary Regan recently traveled to North Carolina to announce the Agency’s commitment to environmental justice through establishment of its new office dedicated to the issue.

According to the EPA, “The new office is the latest significant action under President Biden’s aggressive approach to embedding environmental justice, civil rights, and equity across the government and follows the launch of several initiatives designed to address the impacts faced by those living in underserved communities overburdened by pollution.”

Given Secretary Regan’s comments and the EPA’s stated commitment to environmental justice and considering the fact that the power plant in question is adjacent to several historically Black neighborhoods, The Local Reporter asked the EPA spokesperson why they have failed to act.

“As this is pending litigation, the EPA has nothing to add,” said EPA Media Specialist Robert Daguillard. Mark Chilton: Knowledge, Experience, and a Record of Continuous Improvement