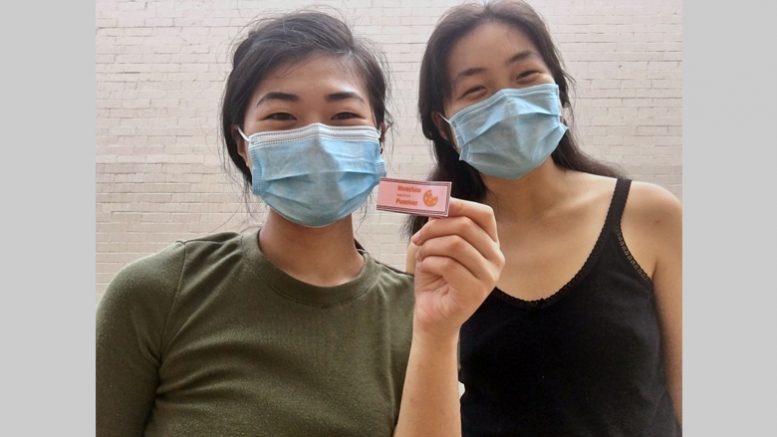 If you’d asked me or my friend Shiny last year what our plans for this summer would be, we might’ve said traveling perhaps, maybe an internship somewhere. We certainly wouldn’t have told you that we’d be biking around Chapel Hill every day with a basket full of buns and cookies. I didn’t even own a bike then.

Clearly, 2020 is not a predictable type of year, and the summer wasn’t going to be either.

This June, the Black Lives Matter movement for racial justice exploded across the U.S. as harsh inequalities were laid bare. America, like it or not, faced a self-reckoning with its history of ingrained racism: within workplaces, local communities and systemically. Tragically, it took innocent lives to be lost for a movement to gain traction.

But gain traction it did. Social media flooded with posts raising awareness, petitions garnered thousands of signatures, donation funds swelled and people rushed to the streets to demonstrate outrage en masse. It seemed like there was no limit on ways people could help.

Still, as teenagers without cars or jobs, but a whole summer of time to spare, Shiny and I felt somewhat at a loss for what else to do. We wanted progress and change, we believed in it, but how could we make any? One night as we discussed our lives and the world over text, Shiny asked me if I’d been cooking anything good lately. A spark caught on; we could cook and bake food that we loved, sell what we made and donate everything.

Many things were closed in the midst of the pandemic but there was always the internet, and our kitchens. We filled a Google Doc with recipes and ideas and Shiny quickly drew up a website. I found an old bicycle online for $30. Thus, Munchies Against Punchies was born.

We were beyond shocked and ecstatic when the first orders came in. It was so heartwarming to see people’s support for the cause, and for our project. It really felt like a community effort when friends, neighbors and strangers all came together to contribute.

Before long, our mornings were filled with taking orders on a gargantuan spreadsheet and making scallion pancakes, fluffy steamed buns and dozens of cookies. Then we’d package everything for the afternoon; either for pickup or delivery via bike or parent.

Our parents, busy with jobs and all the things adults must do, supported us in the ways they could. Driving us to distant customers, picking up countless bags of flour from the grocery store every week and importantly, letting us set up camp in their kitchens, aren’t forgotten favors.

Initially, Shiny and I aimed to raise $500 by the time school began again in August. We got there with more than a month of summer left — truly, the outpouring of support from the community was unbelievable to us. So we simply doubled our goal and continued on.

The week before school would begin, we ended up donating just over $600 to the local chapter of the NAACP and close to $400 directly to Black Lives Matter. In total, we had reached $1,000!

Shiny and I want to extend our deepest thanks to our amazing, patient and generous customers who allowed for our idea to take hold. As I wrote a few days ago to Nextdoor, “fighting for equality isn’t a single person’s fight nor a momentary one, so together as a community we can all contribute to a lasting movement.”

We hope that what comes out of this isn’t just the thought of my or Shiny’s individual roles, but rather a larger snapshot of the community-sourced will to create change in the world.

More than a brief project, that’s really a sentiment that can last beyond this summer, and beyond Chapel Hill, into the greater future.

Caroline and Shiny are juniors at East Chapel Hill High.