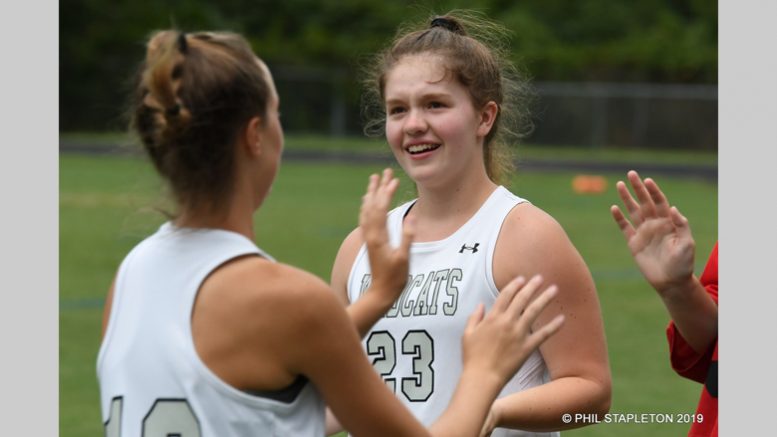 When the coronavirus pandemic finally releases its merciless grip on everyday American life, some residents won’t realize the toll it took until months, perhaps years, have gone by.

The East Chapel Hill field hockey team doesn’t have to wait. They’re being robbed of one of the most precious possessions anyone has: time.

At East, success is customary. The Wildcats have won 12 North Carolina Field Hockey Association State Championships, including eight in a row from 2008-2015. They’ve won 30 consecutive games in the NCFHA East Conference, and haven’t dropped a league contest since Sept. 7, 2016.

Unlike most sports sanctioned at East, field hockey is not under the jurisdiction of the North Carolina High School Athletic Association.

Last month, the sport’s sanctioning body, the North Carolina Field Hockey Association, announced the season would be canceled. While East Chapel Hill Athletic Director Randy Trumbower is trying to arrange for the Wildcats to play private schools and traditional local rivals, a full-fledged campaign culminating in a standard playoff appears to be impossible.

That was particularly disappointing for team captains Lauren Baker and Ann McAllister Alexander. While East hasn’t won quite as much recently as they have over the years, success isn’t what the players are missing the most right now.

They just want the chance to hang out as a team again.

“It’s the most enjoyable part of my fall,” said senior Charlotte Welsby, who has played varsity since her freshman year. “I’m really disappointed. The whole team spirit is a welcome environment. I was really thinking, at the end of last year, that this would be the highlight of my senior year. We work together really nicely.”

Perhaps if the team does find time for some games next spring, Coach Carlos Melendez will find time for his customary pregame song.

The Wildcats’ competitive streak on the field belies a playful side that often can be found minutes before opening faceoff. The team has its own Spotify playlist, which leads to a dance party among players. Other times, Melendez has been known to break out into song, most auspiciously with “Can’t Stop the Feeling,” made famous by Justin Timberlake from the 2016 animated film “Trolls.”

“We’re all super close with him,” said junior defenseman Regan Reid. “He’s just an excellent coach that keeps a loose atmosphere. We’re all a big family. We look forward to each practice because they’re so much fun.”

“I’ve never had a team like my field hockey team,” said junior forward Molly Reid, who scored 36 goals in 2019 for an East team that finished 20-2 and claimed another East Conference championship. “Being around my teammates is crazy. It’s not about the winning. When we lost in the state semifinals last year, we were sad we weren’t going to be around the seniors anymore. You go from seeing your teammates every day to just seeing them around school.”

Reid and her twin sister Regan come from an athletic family. Their oldest sister, Reilly, is a senior with the Virginia Tech women’s lacrosse program and was the 2017 PAC-6 Conference Female Athlete of the Year. Another older sister, Flynn, is a sophomore with East Carolina’s women’s lacrosse program. Like Molly and Regan, Flynn also played field hockey at East, where she helped the Wildcats to its last state championship in 2015.

“Every time we get home from a game, Molly and I talk about what happened,” Regan said. “Flynn was a senior in our freshmen year. That was really exciting for us, going through those wins.”

The most memorable moment for the Reid sisters came in the 2018 NCFHA State semifinals, when they outlasted Charlotte Catholic in a double shootout. After going scoreless through regulation, East won the shootout 5-4 after goalkeeper Claire Keller ended the game with a sprawling kick save.

Last season, the Wildcats were stopped by Charlotte Catholic 5-1 in the state semifinals at Dave Thaden Stadium. It was the final game for six seniors, including defenseman/midfielder Elizabeth Agatucci, who committed to play at Princeton after scoring 43 goals her senior year.

“I think this team could have definitely won a state championship,” said junior Molly Reid. “This team had a lot of potential. We have a bond like no other. They’re like my family, every one of my teammates.”

1 Comment on "For East Field Hockey, a Season Lost, a Family Missed"