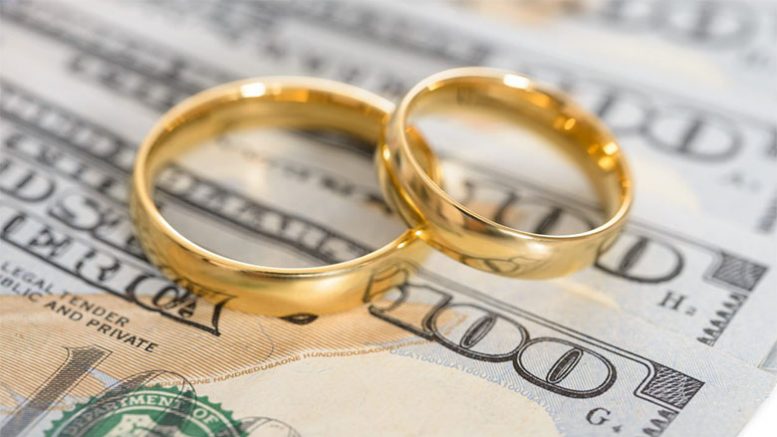 When I talk to people about their household finances, I often become privy to what I think of as valuation imbalances in their households: One spouse earns more money than the other. One put off a career to take care of kids and got stuck both economically and psychically in roles that are often less valued by society – maybe a combination of caregiving, household management and a wage-earning role with little career upside. In the cisgender heterosexual households I’ve worked with, it’s typically — though certainly not always — the man who earns more than the woman, though when the opposite is true the resonance of the imbalance is heightened and intensified.

Higher-earning spouses often have their own grievances. The things people need to do to make money are often not much fun and higher-earning partners frequently give up a lot to get paid. If they also do a lot of work around the house in order to achieve a notional 50% sharing of chores, they may feel this arrangement devalues the effort of earning wages.

None of this is news to anyone, but I find it remarkable how deep the injuries caused by the perceived imbalance run and the extent to which they affect the bearing and self-concepts of the partners.

The problem is partly linguistic. We engage in language games around questions of worth and value that are ostensibly economic in nature but are bound up with deeper questions. People sometimes ask of someone who’s not present: “What do you think (s)he’s worth?” or “What’s his/her net worth?” We may be asking about how much they earn or the value of assets they own, but it sure sounds like we’re making a transcendental judgment about someone’s intrinsic worth as a human being.

Another facet of the problem I observe in families is, frankly, liberal hypocrisy about money. Progressive Democrats are simultaneously awed and discomfited by conspicuous displays of wealth, but we are often deeply engrossed with signals of class membership. Educational status, books, travel, wine, cheese, the pronunciation of French words, all of this is catnip to us. The signaling is typically less subtle than we like to think it is and few are fooled. I am less qualified to speak about conservatives because I spend less time with them, but they often have their own money neuroses: the hushed kowtowing and respect shown to the family moneymaker combined with secrecy about the actual amounts of money earned, squirreled away and nourished by the paterfamilias. God forbid someone should ever ask. Only obeisance is needed.

If we accept that marriage has a significant financial component to it – and even the most idealistic purveyors of the romantic view of matrimony must acknowledge it does— there are both conceptual and practical ways to mitigate the harm caused by a perceived valuation imbalance.

Conceptually, we can understand marriage as a financial “technology” that enables a pair of cohabiting individuals to shift value between them for the benefit of the household. What do I mean by “financial technology?” In his book Money Changes Everything, an excellent history of finance and commerce from Mesopotamia to the present, author William Goetzmann characterizes money as a technology for shifting value over time periods. Loans let us shift earnings from the future to the present. Investments let us store and defer earnings from the past (work already performed) into the future. And so on. Similarly, in a marriage, one partner is often ceding earnings potential so that the other one can earn more. Viewed in this way, a paycheck, though it may have only one spouse’s name on it, is understood to be the product of the couple’s joint effort.

As for practical remedies, if both spouses are trying to have fulfilling careers while also raising kids, they can outsource certain functions (driving kids around, meal prep, house cleaning, etc.), but this is no panacea. There are intrinsic trade-offs to this approach because the parents are less present for their kids, and this lack of attention may revisit them later in life in the form of rebellion, coldness, distance, depression, dysfunction, just something not being right between them and their kids (though, of course, stay-at-home spouses may experience the same parent-offspring difficulties).

In the end, there are no free lunches in relationships, so partners should try to be open and honest about what each is providing and with what currency. If couples can keep their ledgers straight and show each other they value and are thankful for the other’s contributions and sacrifices, their partnership, financial and otherwise, stands a good chance of achieving long-term success. However, the first — and perhaps most difficult — step in fixing a perceived valuation imbalance in a marriage is to be willing to talk about it and act upon it. And not just once. Couples need to walk the talk day in, day out, as best they can. It’s hard work for most of us, so consider it an investment, perhaps the most important one we will ever make.

The Most Important Thing in Finance – The Money You Earn

Be the first to comment on "For Richer, for Poorer: Valuation in Marriage"