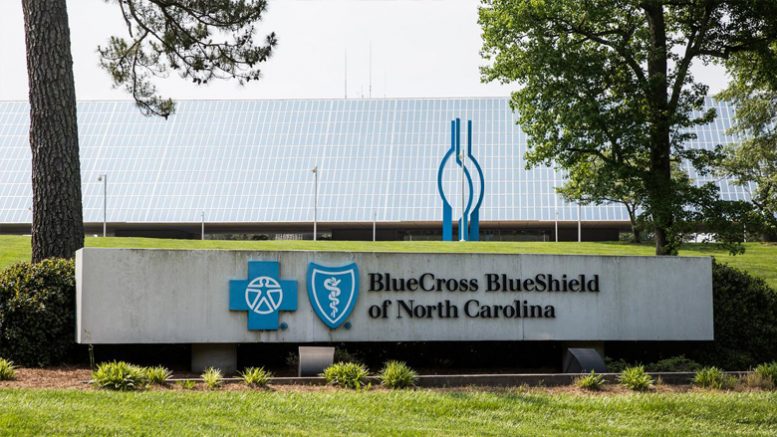 The former Chapel Hill home of Blue Cross — one of the largest blocks of office space in the Triangle — is now available for lease.

Renovations are now complete at the iconic structure on Fordham Boulevard, according to JLL Commercial Real Estate of Chicago. Blue Cross officially vacated the renamed Parkline building in 2016 after it was purchased by the State Employees Credit Union for just under $35 million in 2015.

For the last five years, the credit union has overseen extensive renovations at the and invested an undisclosed amount of money for improved amenities. The glass-clad structure, situated on a 39-acre campus, abuts the future site of a Wegmans grocery and is down the road from the New Hope Commons and Patterson Place shopping centers.

Since it was built in 1973, the Parkline building has been recognized for its unique design. The building, which is four stories and offers 195,000 square feet of Class A office space, now boasts a new lobby, an outdoor patio area with activated amenity space and a fitness center with lockers and showers. Barnhill Construction served as the contractor and Little Architecture was the architect.

“This building has never been available for lease until now,” said JLL’s John MacDonell and Ashley Lewis in a media release. “Tenants will have the opportunity to create a truly differentiated, first-class workspace that meets the demands of today’s employees.”