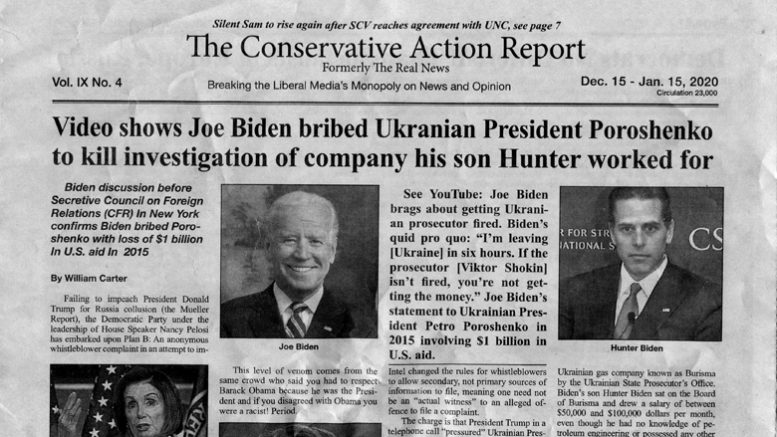 Many area residents found on Saturday, Jan. 25, an issue of “The Conservative Action Report” in their driveway.

Published out of Bowling Green, SC, the newspaper (which notes it used to be called “The Real News”) has a stated mission: “Breaking the Liberal Media’s Monopoly of News and Opinion.”

Some of the “Conservative Action Report” headlines included:

Touting a circulation, the newspaper claimed, of 23,000, C.A.R. urged interested readers to subscribe and donate “to keep this publication alive.”

Figuring Out a New Transit Plan

2 Comments on "Found in the Driveway"